A new episode of Grey’s Anatomy will air on February 18 and ABC has released a few promo photos and a synopsis for the episode, which you can view below.

Also, check out some sneak peeks for the episode that we just posted. 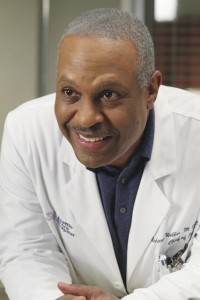 RICHARD, BAILEY AND CALLIE FLASHBACK TO KEY SURGICAL CASES FROM THEIR PASTS WHEN THEY EACH PRESENT AT CHIEF DEREK’S NEW LECTURE SERIES, ON ABC’S “GREY’S ANATOMY”

“The Time Warp” – In his new role as Chief, Derek restores the hospital lecture series, and Richard, Bailey and Callie present to the group pivotal surgical cases from their pasts – Bailey reflects on her first days as a shy resident, Callie looks back on a polio case, and Richard recalls a case in which he and Ellis worked on a patient diagnosed with GRID, a virus later called AIDS — on “Grey’s Anatomy,” THURSDAY, FEBRUARY 18 (9:00-10:01 p.m., ET) on the ABC Television Network