Hellcats returns with a new episode on December 1. Below are a promo and synopsis from The CW. 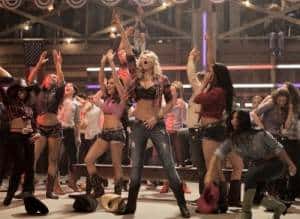 MARTI DECIDES TO COME CLEAN WITH SAVANNAH ABOUT DAN

After the incident in the car, Dan (Matt Barr) issues Marti (Aly Michalka) an ultimatum — either admit she has feelings for him or their friendship is over. Marti drags a depressed Savannah (Ashley Tisdale) to a BBQ to help lift her spirits.

Savannah drinks a little too much and decides to flirt with the DJ, which puts her in a compromising position later that night. Marti decides to tell Savannah the truth about what happened between her and Dan. Gail O’Grady, Sharon Leal, Robbie Jones and Heather Hemmens also star.