Now that regular TV is done, I need a new summer show. I need to jump back on the Warehouse 13 bandwagon, but I also feel like I should be watching Leverage, if only for Christian Kane, who I loved when he appeared on Angel: The Series. TNT has released some promo photos from the upcoming season 3, which will be returning with all new season 3 episodes on June 20 at 9:00 p.m. (a two-hour premiere will kick off the new season).

First, here’s where the show left off at the end of season two: 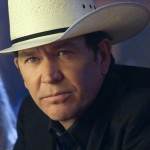 By the end of the second season, the LEVERAGE team had scammed a hedge-fund manager who happened to be in the custody of U.S. Marshals; used Eliot’s martial arts skills to corner a corrupt fight promoter; and took over a private school to recover millions of dollars lost in a Ponzi scheme. They also went head-to-head with an almost identical team of grifters to recover a painting, took down an oppressive sweatshop owner, cornered a fake psychic, freed Nate’s ex-wife from a Ukrainian jail and thwarted a gunrunning scheme by a corrupt mayor.

But for Sophie, her conflicted relationship with Nate left her questioning if she wanted to continue working with the team. She took some much-needed time away, arranging for a friend and fellow grifter to take her place temporarily. But even though Sophie has now returned to the team, there are still some unresolved issues between her and Nate.

Now, here’s what TNT says is in store for season three:

The third season of LEVERAGE opens with Nate in prison after having to make a tough choice on the most recent con. He could either allow his team to be arrested or simply give himself up to his nemesis Sterling, a former insurance investigator now working for Interpol. Nate soon discovers, however, that the prison is corrupt. The only way he can bring the crooked officials down is to get his team to help him stage his jailbreak.

But that’s only the beginning of Nate’s challenges. He must also contend with a shadowy intelligence agent known only as ‘The Italian,’played by actress and model Elisabetta Canalis, who blackmails him into helping bring down a financier. Between ‘The Italian’trying to control Nate and Nate trying to hold both his crew and his personal life together, it’s looking to be a challenging and twisted summer for the LEVERAGE team.