Home
The Tudors
Photos – The Tudors 4.04

Things are not looking good for Henry’s fifth wife, Katherine Howard. A new episode of The Tudors will be airing on May 2 and we have a synopsis and promo photos for the episode below. 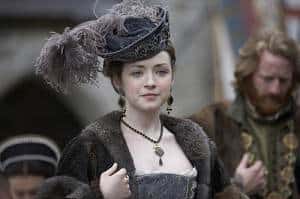 Rejuvenated by his tour of the north of England, Henry feels a new man and longs after his new Queen; unaware that her affections are diverted elsewhere. Katherine’s past begins to catch up as an old liaison comes looking for a job threatening to reveal all about their sexual history. Someone beats him to it when an anonymous letter is sent to the King containing accusations of adultery. Although unconvinced of the rumor, Henry confines Katherine to her apartments pending a thorough investigation.

Pontefract Castle, Yorkshire was the only royal property captured by the rebels during the Catholic uprising known as the ‘˜Pilgrimage of Grace’. In a symbolic gesture it now welcomes Henry (Jonathan Rhys Meyers) and his large entourage. Rejuvenated by the affection he has experienced in his tour of the north of England, Henry feels a stirring sexual energy towards his Queen (Tamzin Merchant). Charles Brandon (Henry Cavill) on the other hand, senses death as remembers the hangings and punishment he oversaw as the King’s representative during the Northern rebellion.

In a castle full of ghosts, Queen Katherine sees something like one when a young man arrives at her door. He is Francis Dereham (Allen Leech), one of the men she had sexual liaisons with before she married the King . . . and he wants a job. Threatened with blackmail, she has little choice but to give in.

Katherine Howard’s past begins to catch up with her on another front. The King receives an anonymous letter accusing his wife of sexual relationships with two men including Francis Dereham. Henry thinks the whole thing is a fraud but nonetheless orders an investigation, to be led by Lord Hertford (Max Brown). Katherine is confined to her apartments with no visitors permitted. 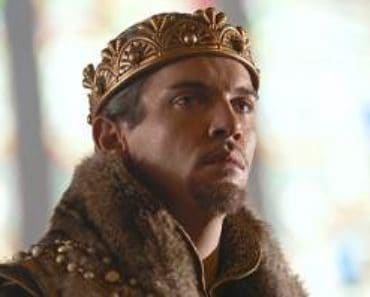 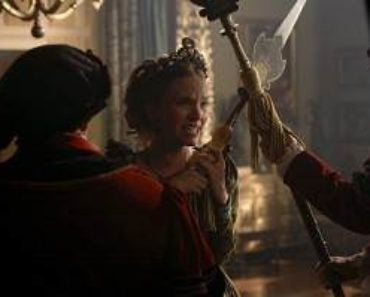