You can also read Mark’s “Previously On…The Vampire Diaries“, which summarizes where we left off last season. 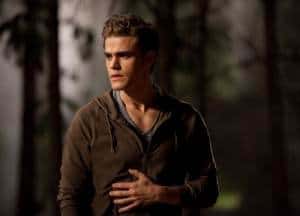 Elena (Nina Dobrev), Damon (Ian Somerhalder) and Alaric (Matt Davis) take a road trip to Duke University and search through Isobel’s research on folklore and paranormal phenomena to see if they can uncover any clues to the mystery surrounding the Lockwood family. Isobel’s former student, Vanessa (guest star Courtney Ford, ‘Dexter’) offers to guide them through the research and ends up getting quite an education herself.