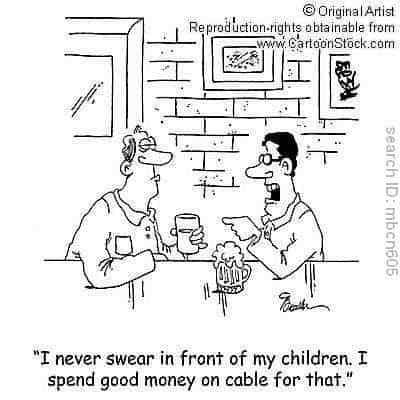 Earlier in the year, I took a look at what the networks were doing with their pilot season, as the time is growing nearer and nearer for shows to be picked up and decisions to be made. Here is a look at some of the major cable networks out there and what they’re doing. Since each network is so different, it’s kind of hard to see trends or really compare each development slate, so I separated things out a bit more and let you know what exactly I’d pick up. Some of my personal pick-ups are due to things the network’s losing this season, but some are just for personal reasons, i.e. I’d like to see how a particular show would go. There are several shows that are pretty much going to be picked up that I personally didn’t pick up, but I was never one for conventionality.

A&E
Number of Shows in Contention: 5
Most Promising: Longmire, centering on a sheriff in rural Wyoming (could this be A&E’s Justified?)
Least Promising: Big Mike, which tells the story of a large police officer
Coolest Casting: n/a
What I’d Pick Up: Longmire and The Unseen, a drama concerning on a cop/psychology professor who studies paranormal activity

ABC Family
Number of Shows in Contention: 9
Most Promising: Cloak & Dagger, a drama about two teens who develop superpowers after being forced to take experimental drugs
Least Promising: The Untitled Brenda Hampton Project sounds like The Facts of Life meets a Hallmark Movie of the Week
Coolest Casting: Majandra Delfino in The Great State of Georgia, just because it’s nice to see her working
What I’d Pick Up: Switched at Birth, The Lying Game, The Great State of Georgia

AMC
Number of Shows in Contention: 3
Most Promising: Fourth Estate, about a scandal uncovered by an investigative reporter
Least Promising: Pushers, about the pharmaceutical industry
Coolest Casting: n/a
What I’d Pick Up: Fourth Estate

HBO
Number of Shows in Contention: 21
Most Promising: The Crux, a drama about a charismatic cult leader
Least Promising: Spring Fall, a New York fashion comedy
Coolest Casting: Anna Chlumsky in Veep; Frances McDormand in Olive Kitteridge
What I’d Pick Up: The Member Guest, The Crux, Keys to the City, I Don’t Care About Your Band, Documental

TNT
Number of Shows in Contention: 5
Most Promising: A ‘update’of Dallas
Least Promising: Perception, a mish-mash of House, Lie to Me, and any random TNT procedural
Coolest Casting: Eric Mabius in Bird Dog
What I’d Pick Up: Hollywood & Vine, Dallas

If you’d like to check out what’s in development, check out The Futon Critic to see everything up to date.

What direction would you like to see your favorite cable net go? Edgier? More comedy? Less predictable?