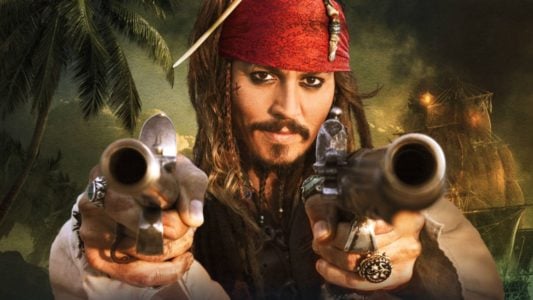 Like virtually everybody else back in 2003, I was absolutely enamored with, and blind-sided by, Pirates of the Caribbean.Â  The movie, which nobody saw coming, went on to be one of the top-grossing films of the year: raking in an astounding $654 million dollars globally.Â  Critics across the country gave it a certified fresh rating, the Academy nominated it for five Oscars and Disney has since bankrolled three, going on four, sequels.Â  It propelled costars Orlando Bloom and Keira Knightly to A-list status and helped transform Johnny Depp from a Hollywood eccentric to a major cinematic draw.

On its surface, the movie should have never worked.Â  Based on a theme park ride, starring a drunk-looking Johnny Depp and serving as Hollywood’s first serious stab at pirate movies since the days of Errol Flynn, it was a surefire flop on paper.Â  But a talented cast, surprisingly visionary director and immensely catchy score helped it rise above its shortcomings. 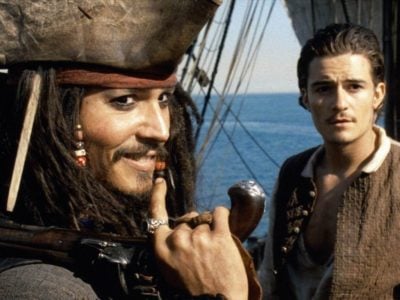 But ever since that first film, Disney has been desperately trying to recapture the same magic they stumbled upon more than a decade ago.Â  Their other theme park-inspired films — The Haunted Mansion and Tomorrowland — failed to convince anybody that they were anything more than the blatant cash-grabs they appeared to be in the surface.Â  Its own sequels have produced increasingly diminishing returns for Disney.Â  Dead Man’s Chest clearly existed only to stretch out At World’s End‘s story into two movies.Â  Two of the franchise leads failed to return for On Stranger Tides and Dead Men Tell No Tales — the upcoming fifth film in the franchise — looks like little more than a “greatest hits” remix of what people loved about the first movie.

I personally lost interest in the series after Dead Man’s Chest and have only been brought back up to speed begrudgingly, through the insistence of others.Â  Dead Men Tell No Tales looks like nothing that we haven’t seen in the franchise already (four times before, actually).Â  It’s Sparrow, Barbosa and some undead abominations come back for revenge: all commonplace for the malingering series.

While Pirates fans will eagerly part with their money just to see their favorite ne’er-do-wells take to the high seas once more, I’m just as fatigued with the series as I was after its first sequel.Â  Sure, Depp never fails to entertain and Javier Bardem is the best-looking villain to square up against him to date, but it’s nothing new.Â  Even the Marvel movies — which are constantly derided for doing the same basic thing over and over again — mix it up every once in a while.Â  Not so here.

Maybe I’m being too hard on the movies.Â  They’re warm, fluffy fun and never pretend to be anything different.Â  They’re well-made — if repetitive — and feature some of the most dependable talent working today.Â  And who knows, the fifth movie still might shake up the status quo unexpectedly.

We’ll just have to wait and see.Â  But if the new trailer is any indication, I won’t hold my breath for something new from the latest franchise entry.