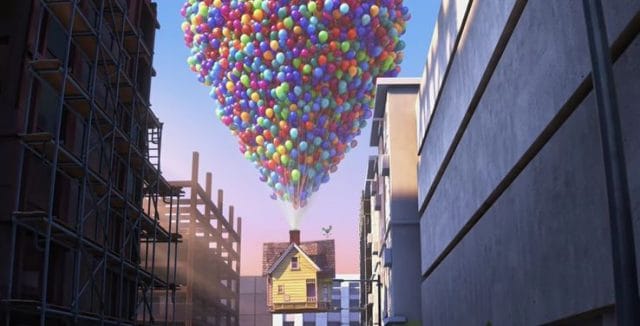 Little do we here in the United States ever stop to think about the fact that movies made and screened here are also distributed around the world.Â  While we certainly understand and recognize the international markets, we don’t always pay attention to the process that goes into international film distribution.Â  And why should we?Â  Well, it’s actually kind of interesting.Â Â  While the most common changes to movies that are screened overseas are dubbing and the use of subtitles, it turns out there are more changes you might not have known about.Â Â  Some dialogue has to be changed to be more culturally relevant, and some scenes need to be cut entirely due to certain cultural standards in other countries.

With animated films the process can be even more complex. A new video was just released that illustrates how Pixar Animation makes changes to their movies in order to be more accessible to international audiences. Sometimes it’s as simple as changing the text of a title card, handwritten letter or street sign to be in a different language. But there are more significant changes too, like swapping out broccoli in Inside Out for bell peppers in Japan. (via /film)