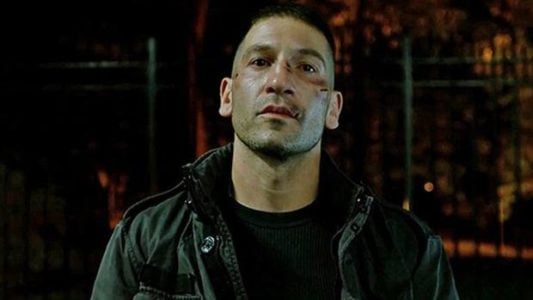 The greatest part about seeing Jon Bernthal play Little Mac in a Mike Tyson Punch Out movie would be the fact that Bernthal seems like the classic underdog that can go the distance and become what he needs to be in order to show people that he’s a lot tougher than he looks. Of course given that he looks pretty tough without any help it’s kind of easy to assume that his opponents would need to look even tougher in their own ways. There’s no real talk of a movie yet as Jeremy Dick of MovieWeb has stated, but this should hopefully start jogging the imaginations of those that make such decisions and possibly give them an idea of just who should play what role and when it might come out. It would need to happen eventually since Bernthal isn’t getting any younger and it might be that eventually he’d be seen as too old to take on the role he wants. But hopefully, just hopefully, articles like this will get people talking, and eventually that talk could take the form of some kind of action that will inspire a movie that could make us laugh and even cheer on Little Mac as he makes his way through the ranks.

The old school game would no doubt be the desire that some folks would want to see since honestly it’s the best way to represent it, but the Wii version that hit the market in 2007 was also kind of fun since it was a new look and something that seemed a little more dynamic thanks to the advances in video games at the time. There are some characters that would absolutely need to be seen, and then some that might be easy to leave by the wayside. Glass Joe would definitely need to be added since he would give a comical look at the movie that people would no doubt enjoy. It’s also a good addition since if you can’t beat Glass Joe in the game then you’ve got no business playing since he’s the FIRST GUY to beat. Thankfully from that point it begins to get harder since the tricks that the fighters come up with start to intensify and it gets harder to avoid getting hit and eventually floored by powerful combos or single hits that are designed to take a fighter down in one shot. Macho Man might be a good addition, and so would Sandman, Von Kaiser, Soda Popinski, and definitely King Hippo. It might make the movie seem a little more comical than necessary, but at the same time it could be a lot of fun and could even give fans the impression that the studio heads are actually listening to what they want to see and do actually care.

Another possible boost to the movie’s popularity would be if Mike Tyson actually showed up since he was the main boss in the NES version if anyone remembers. At this point it’s enough to think that if this movie did happen it might follow a timeline in which Little Mac had obviously grown up and was a former titleholder, perhaps retired, and maybe down on his luck or simply needing something to make him feel alive again. This would be kind of necessary since Bernthal isn’t a younger man as Little Mac seems to be portrayed as, and it might do to take a visit back in time to when he took on and took out the many competitors that might be looking for a bit of payback against him. Glass Joe for some reason keeps coming to mind, and even Piston Hondo might be a decent addition, but a couple of characters would absolutely have to be there, as King Hippo, Mike Tyson, and Sandman would offer up a seriously lethal trio that would test Mac like nothing else. Other characters like Macho Man or even Bald Bull and Don Flamenco could be ancillary characters that show up and aren’t really combatants but are still there to be noticed. One has to remember that Mac had a lot of opponents to fight, and a lot of them seemed to have a serious dislike of him, but not all of them were so out to get him that it could become a serious story all on its own.

It would be insanely interesting to see this movie develop since not only does it seem to be wanted by the fans, but it would be something that can be given enough gravity to be impressive but also enough humor to really appease those that remember the game fondly. Even Jon Bernthal remembers Punch Out fondly, as his knowledge of video games is limited to the old school but is still enough to realize that he’d like the chance to show what he can do when representing one of his favorites.