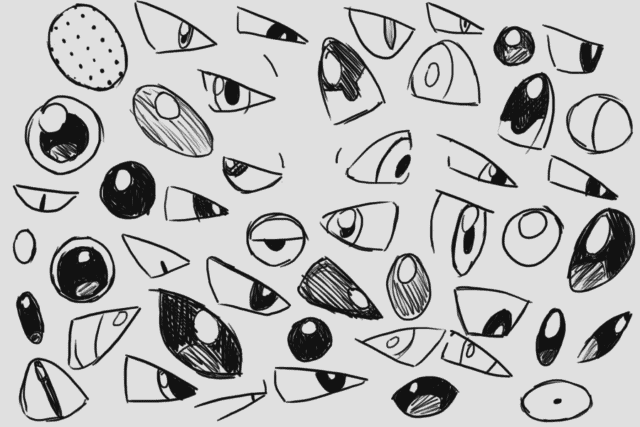 This shows that fans sometimes take things way, WAY too far and decide to nitpick about the most technical of things. Eyes do in fact make a difference when they are drawn a certain way in cartoons, but the fact that they can alienate or bring back a fan base seems to say more about the fans than it does the actual cartoon and its effect on people.

Pokemon game designers fully admit that the earlier technology was not able to incorporate circular eyes to begin with and had to go with whatever designs would work. Unfortunately this didn’t make a lot of fans happy and even turned a few of them off to the franchise for a little bit. As the technology changed and expanded however they began to gradually come back as the traditional look of their favorite Pokemon was restored.

Traditionally in Pokemon each type of creature has their own eye shape and form to denote the type of Pokemon that they are. The more angular and pronounced eyes were often those of the more powerful Pokemon, while the rounder eyes tended to belong to the cuter, more adorable and cuddlier creatures. Why this would drive fans away when the eyes had to change is something that you’d have to be a Pokemon fan to really understand, but the fact remains that many people kind of lost touch with Pokemon until the technology caught up with their desire to see their favorite characters represented in what was deemed the right way.

The Pokemon craze in the US has been an up and down rollercoaster throughout the years that has experienced great heights and more neutral lows as the trend has come and gone only to come back again and then go again. Pokemon Go was definitely one of the more interesting trends as you got to watch individuals seeking out Pokemon by looking at their phone and a functional map that told them where to go. I have to wonder though, how many people saw those who were so intent on their phone almost walk into traffic or some other dangerous hazard? It might be something fun to do but the fact remains that it takes a lot of attention that’s often better spent surveying your surroundings.

Plus, how many Pokemon are there at this point and time? It seems like they multiply again and again and then somehow get reduced in numbers if a particular character isn’t well-liked by the fans. Pokemon seems truly confusing to those that aren’t a part of it, but in truth it is a craze that has been fully embraced for so long it’s hard to remember a time when Pokemon was considered to be just another fad that would wear out in a year or two.

Yeah, that didn’t happen did it? Today Pokemon is bigger than ever, and since the technology of the day can render each one of them in a way that fans will like, there is really no more issue with how their eyes look.