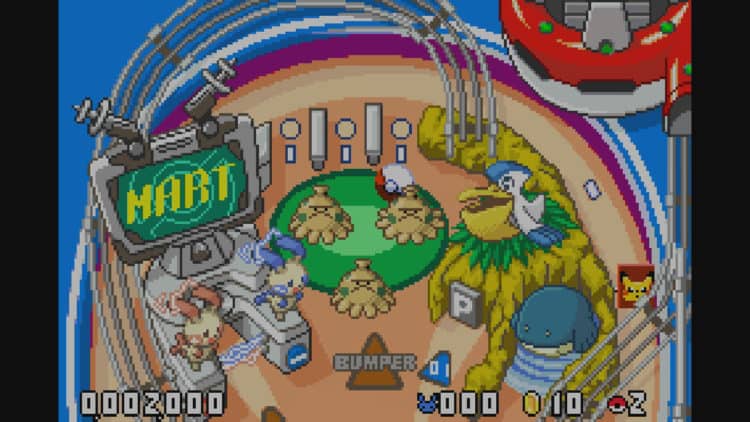 With nostalgia being all the rage nowadays we decided it was time to revisit some franchises with some hidden gems that may flourish from the remaster/revival treatment. There are countless titles that have been buried under the sand and completely forgotten by fans due to how much time has passed since they were released. Titles that belong to franchisees who still reign supreme even to this day.

Pokemon is the perfect franchise to start with due to the plethora of spin-offs it’s amassed during its reign as one of Nintendo’s flagship properties. Nintendo already has titles like Pokemon: Mystery Dungeon and Pokemon Snap being brought back for the fans. These titles are making huge waves with fans and streamers alike. People enjoy revisiting their youth and seeing their favorite characters in different settings. So here are a few titles that we believe should get the same treatment.

Alright. Let’s be real. Who doesn’t love a well-themed pinball machine? Especially if that pinball machine involves one of the most iconic franchises ever created. Well, we had that.  Pokemon Pinball made its debut back in 1999 and featured a new and innovative way to interact with your favorite Pokemon. To complete your Pokedex you had to capture and evolve Pokemon through a series of special modes played on a wonderfully themed Pokemon pinball table.

It was a ton of fun and introduced a more relaxed way to enjoy Pokemon. Instead of setting out on a journey through multiple areas, you could sit back and load up your pinball table and hope you’d hit all the right markers to evolve your Pokemon. It was a successful spin-off that even produced a sequel four years later with Pokemon Pinball: Ruby & Sapphire.

Well, the time is ripe for a new iteration to make its way into our hands. It’s 2021, where the market is full of people looking for a nostalgia kick with some modern touches. A lot of current Pokemon fans aren’t even aware that there was such a thing as Pokemon Pinball. It’s the perfect time to reintroduce either a sequel or even a remaster. It would be a perfect game to bring to a platform like the Nintendo Switch with its innovative controls and touch screen. Nintendo could find a way to integrate their joy-con controllers into the game and create something new and unique. It could thrive under the current online community. People could set insane high scores and others could work tirelessly to beat them. Just to add another fun reason to be a part of the Pokemon Community.

If they were to integrate something similar to Mario Maker into the Pinball arena then this game could become something that any Pokemon and Pinball fan would be unable to put down.

Back in the day, Pokemon Colosseum was a huge moment for Pokemon. It was one of the first times we saw a Pokemon battle game outside of a handheld system. Not only was it on a home console, but the story was also much darker and grittier than what we were used to. In Pokemon Colosseum, you followed a rogue trainer who defects from his evil organization that snags trained Pokemon and turns their hearts into evils. Not your usual Pokemon game plot right? It was one of the first times gamers were able to experience a Pokemon game with a darker tone. It was a game that focused on the story over the amount of Pokemon in it.

Fans who have grown up with Pokemon have now matured and grown themselves. Not to mention that with current-gen consoles we can see worlds that we would’ve never imagined back then. Even younger fans are being introduced to more mature concepts at a much earlier age. The world is ready for a darker and grittier Pokemon adventure. One with a well-thought-out story that features fleshed-out characters that fans can grow to either love or hate.

The Pokemon world is a vast and beautiful place. One that people are itching to know more about. A new iteration of the Pokemon Colosseum would breathe new life into the Pokemon universe and Pokeman fans alike. Even if we can’t get a sequel. If we were to get a game that followed the same road that Pokemon Colosseum paved, it would be more than enough.

With all these revivals and remasters coming out it isn’t all unlikely that we see one of these two titles in the near future. What games would you like to see remastered or brought back from the past?