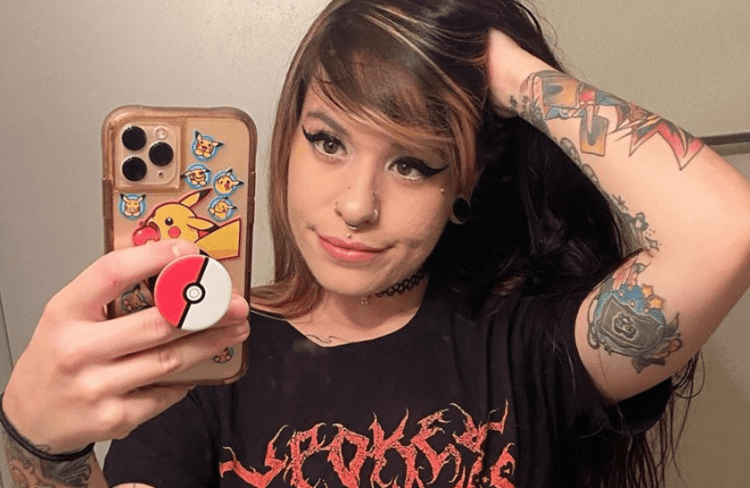 Increased visibility can be both a blessing and a curse when it comes to becoming a social media star. On the bright side, more people watching you can lead to great business opportunities. On the other hand though, it means you have to be more careful about what you say and do. Pokeprincxss (now known as Digitalprincxss) has recent learned this the hard way. After gaining large followings on multiple social media platforms, she found herself on the receiving end of a lawsuit from Nintendo. After trademarking the name Pokeprincxss, Nintendo sent her a cease and desist forcing her to no longer use the name and pay back the money she’d made selling merchandise which featured characters affiliated with Nintendo. She has since changed her name, but to many of her followers Pokeprincxss will always live on.  Keep reading for 10 things you didn’t know about Pokeprincxss.

1. Mew Is Her Favorite Pokemon

As you can probably guess by her username, Pokeprincxss is a huge Pokemon fan. When asked which Pokemon she would chose to become real, she said she would pick Mew. She also added that Mew is her favorite Pokemon of all time. If you’ve been playing Pokemon since back in the day, you’ll remember Mew from the original Gameboy games.

In addition to the work she does with video games, Digitalprincxss is also a sex worker who has an account on the premium content platform, OnlyFans. Digitalprincxss told GameRant she believes that her role as a sex worker is ultimately why Nintendo was so adamant about her not having the word ‘Poke’ in her user name.

3. She Was Bullied In School

Kids can be cruel and this is something that Digitalprincxss experienced first hand when she was growing up. She was bullied a lot for being different and because of her love for video games. However, she refused to let negative comments bring her down and she never gave up on gaming.

4. She Was Pokeprincxss For Eight Years

Some people may not understand why changing a username on social media is a big deal, but imagine if you owned a business and were told out of nowhere that you had to change the name after almost a decade. That is essentially what happened when Digitalprincxss was told she had to stop using the name Pokeprincxss after having it for eight years.

Like many other creators, Digitalprincxss doesn’t share too much information about her personal life, but we do know that she is a proud mother. She has a 3-year-old son named Onix. For those of you who were wondering: yes, he was named after the Pokemon.

6. Japan Is Her Dream Place To Vacation

Digitalprincxss may not get to do as much traveling as she’d like, but if she could pick any place to go on vacation it’d be Japan. Those who are familiar with the country can easily see why Japan would be her top choice. The country is home to Nintendo and the birth place of Pokemon.

7. She’s Been Into Pokemon Since She Was 3-Years-Old

Pokeman has been part of Digitalprincxss’ life for almost as long as she can remember. During her interview with GameRant she said, “I have a photo of me when I was three years old and I have this Bulbasaur sweater. I used to steal my brothers’ Pokemon cards and sit there and watch Pokemon. My parents provided me with so much of my Pokemon addiction. Whenever my dad picked me up from daycare, he had to bring me a new Pokemon toy. It was just a thing growing up that made me really happy and I was able to connect with…”

8. She Suffers From Social Anxiety

Digitalprincxss may seem outgoing online, but in real life she actually suffers from social anxiety and has a very introverted personality. Her feelings of anxiety almost prevented her from putting herself out there to become a live streamer, but her love for video games was able to allow her to feel more at ease.

Gaming is a huge part of Digitalprincxss’ online presence, but games certainly aren’t the only things she’s interested in. She’s also a big music fan ands he loves to let loose and dance. In fact, lots of her content on TikTok is videos of her dancing around to her favorite songs.

10. She Is Thankful For All Of Her Supporters

Digitalprincxss’ social media journey hasn’t always been an easy one. From dealing with anxiety to being in a legal battle with a billion dollar company, Digitalprincxss has had more than her fair share of ups and downs. For those reasons, she is extremely grateful for all of the people who had stuck by her and continue to enjoy her content.