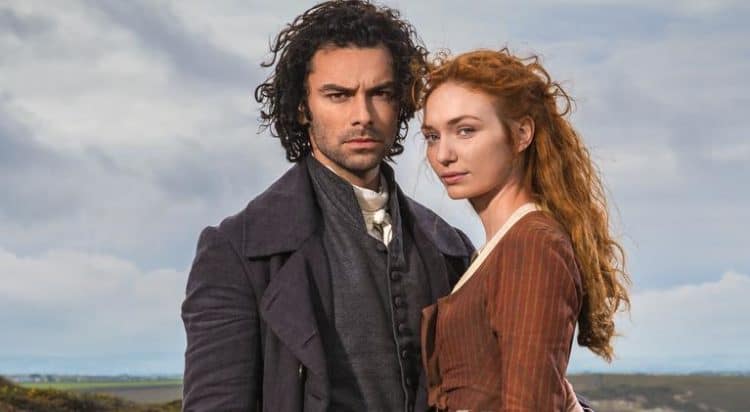 PBS has for a long time been known for several shows, but they’ve been upping their game repeatedly throughout the years and Poldark is one of those that has helped them finally be seen as a serious contender when it comes to TV programs. The story revolves around a man that has returned home from war after serving in the military for three years. Upon returning however he finds that his father is dead, his estate is in ruins, and the girl he favored has been engaged to another man. Upon coming across a young woman that is suffering under a great deal of abuse he grants her a chance to better her life and begins to try to rebuild his family legacy even as it’s sought after by a longtime business rival. In some ways this sounds very much like a Robin Hood story, but there are various differences that make it a tale all its own.

Here are the cast members that have made it happen.

Beatie has had quite the career thus far and to be honest one of her crowning achievements apart from this show is that she starred in the original Highlander movie. Since then she’s been staying busy with her career and has made a rather big solid go of it. Apart from this show she’s also attached to another program called The Coroner, though it seems to coincide nicely with her role on Poldark.

Tristan’s been busy since the late 90s and has appeared in a good number of shows and movies since then. Even now, while he’s busy with his role on Poldark, he’s still moving forward with other projects that are demanding his time and talent as he continues to build and maintain his career. For a guy that once broke his neck and had to learn how to walk again Tristan is doing remarkable despite continued numbness in his hands and feet.

Hieda hasn’t had a very long career leading up to Poldark but she is staying busy at this moment and is also active in theater. It’s fair to say that she’s still kind of earning her stripes in a way even if she can be classified as a veteran actor at this point. Her career started in the theater but she made her way to the mainstream in 2010 and eventually started landing roles that got her noticed and allowed her career to continue. Since 2015 she’s been a mainstay on the show.

Out of all the actors on this list it would appear that one of the most important to the show is a man whose career seems to have started in 2014. It might seem like a stroke of luck that he’s landed this role and a few others but at times there is something to be said about those that seem to come from nowhere to land such parts in any show or movie. So far he’s been a humongous boon to the show and continues to be of value.

There are a number of actors on this list that have been in several productions and yet have not seemed to gain the kind of widespread notice you might think is mandatory for those that have been in so many films and TV shows. Eleanor has been given roles in many a movie and show and yet she is still one of those actors you tend to have to look up unless you’re a truly dedicated fan. Her part in the show is quite important and while she is no doubt enjoying her role she has gone on to do several other projects as well, keeping herself busy as she continues to expand her career.

If you were thinking that Aidan looks familiar then you’ve probably seen The Hobbit movies, where he played the dwarf Kili. He was a very prominent character in the movies and was a favorite character of many, and there’s no doubt that this was one of his truly defining roles. As for TV Poldark is the most recent thing he’s done, while he’s gone on to act in a few more movies following The Hobbit. He’s also been active in theater for many years and has been in several productions throughout his career.

For the most part the cast of Poldark are still fairly youthful and if the show does well they should have a prosperous time of it for many seasons to come if that’s their fate. But for the most of them it seems as though they’ve found other directions to go should the show not last quite as long as expected. It’s hard to tell just how interest in a show is going to wax and wane, but it’s always best to know that there’s something else to go to if things should change.