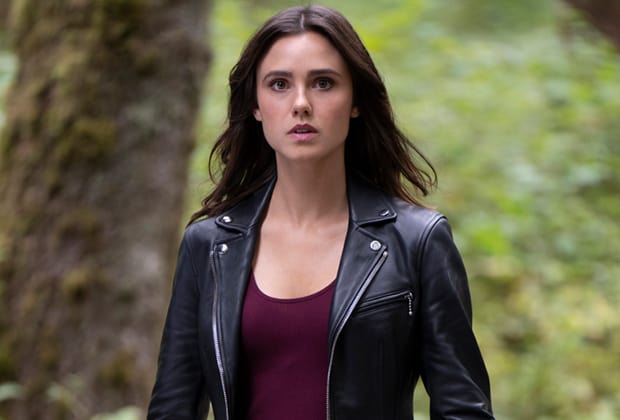 You might feel that Poppy Drayton’s name sounds familiar, but once you look her up you might still draw a blank if you haven’t been watching MTV or a few other networks in the past few years. She’s been a fairly constant presence thus far and has been building a career for the last six years, which is not a long time but is just enough to get noticed and really start to do something with herself. So far she’s been an elven princess and a mermaid, which are two of her most notable roles among the few she’s done. But she has been doing what she can to start her career and get things moving.

It’s not going as fast as you might think it could be right now she’s in a good place and she’s able to keep her career at a steady pace as she continues to gather a fan base and exist as one of the younger and moderately well-known individuals in Hollywood. Chances are that she’s going to be a name to remember eventually and will rise from the level she’s at to something that might rival some of the best if she keeps moving in this direction. It’s not so much a boast as an expectation that will hopefully be fulfilled since she just got started for the most part and has a lot to offer. Her development and continuing growth as an actress should hopefully continue to wow and amaze people as she keeps moving onward with new roles.

In case you haven’t heard of her though, here’s a few things you might want to know.

10. She plays the role of Amberle Elessidil in the Shannara Chronicles.

For those of us that have read the books Amberle was very important since she eventually gave up her life to preserve the sacred Ellcrys tree that sustained the lands of the Elves and allowed them to remain safe from the demon hordes that would otherwise seek to wipe them out. As Amberle she starts out strong, determined, but still a bit naive in the ways of the world. Once she reaches her destiny however she’s learned enough to know that there’s no going back once one starts down their path.

Poppy isn’t just going down one road, she’s doing she can to diversify as well since she’s been seen in The Green Bay Tree in 2014.

8. Her filmography isn’t that extensive yet.

She’s still building her resume, but it might take a while. Sometimes things need to progress a little slower for people to get their footing, or to allow them the chance to really get the feel for what they want to do. Right now Poppy is already known by a lot of people so it’s not as though she’s going to be a flash in the pan.

7. She has a role in a very different version of The Little Mermaid.

This was a different take on the Hans Christian Anderson story than Disney used. In this story the mermaid is part of a circus show and there is a prophecy having to do with a young girl that was blessed with the heart of a mermaid.

So she hasn’t been in the industry all that long, as she started out when she was 14 years old. But she’s come a long way since then and has proven that she has what it takes to exist in the industry. Here’s hoping that she’ll continue to do so since she’s been a pleasure to watch thanks to her ability to conform to the production she’s in at any given time.

This just kind of proves that Poppy is already popular since Instagram is kind of a barometer for how many people really want to follow a certain celebrity. Some have millions upon millions of followers, but many of those are usually well-established actors that have been around for a while. But she has time, so just wait and see if she manages to attract more people to her site.

4. The sex scene in the Shannara Chronicles was very awkward for her.

Poppy had a very hard time with this scene she admits since there were people standing all around as she and her costar had to get intimate for the scene. Quite honestly from a more practical standpoint those people kind of have to be there to make the scene translate to film, but it’s also understandable if someone that hasn’t done this kind of thing that often would get a little unnerved by it. Hopefully if she continues to be this shy about such scenes she can alter her contracts so that she’s not placed in such a position. Of course either way it could affect her reputation moving forward. But it’s important for people to be comfortable with what they’re doing.

3. She had a brief role in Downtown Abbey.

She had a role during the Christmas episode in 2013 as Madeleine Allsopp. Even for just one episode that’s enough to put on a resume as something impressive since so many people know about the show.

The game was Dark Souls III and she played the part of Shira, Knight of Filianore. You’d likely have to be a fan of the game to really get into this, but to each their own.

1. Poppy graduated from the Arts Education School in Chiswick.

This proves that she’s not just a lucky young woman that fell into it, as she’s been educated and likely has a course of action in mind for her career.

Let’s hope to see more of her moving forward.