Home
TV News
Is it Possible The Show Homestead Rescue is Fake? 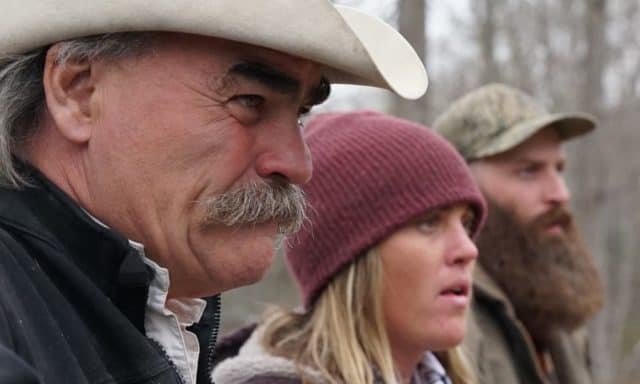 The show ‘Homestead Rescue’ is one of the latest reality TV shows to feature on National Geographic. It is hosted by survival expert Marty Raney who is well-known for his other National Geographic show ‘Ultimate Survival Alaska’. He is accompanied on the show by two of his children – Misty and Matt Raney. The premise of the show is that the three hosts have ten days to help people who live on a homestead but are struggling to make a success of it.

As with many other reality shows, there are always going to be people who are skeptical about whether the show is completely real or if there are parts of it that have been scripted. This question has been around as long as reality TV shows themselves and it is one that is not really going away.

The answer to the question about whether ‘Homestead Rescues’ is fake really depends on who you speak to. People have questioned whether the homeowners that are featured on the show really live completely off the grid as is portrayed in the show. Marty Raney insists that this is the case. He also insists that the first time he and his children see the property is when they are filmed driving up to it. The crew attends the property beforehand so that they can get everything set up that they need to.

One of the main questions that seems to crop up when people are talking about the show is that some of the people featured clearly have no experience in living off the grid. This makes them question whether they have been placed in these situations by the show as it is clearly not something that they are all that familiar with. Marty Raney has said that this does not surprise him and these people should be commended for trying to live a simpler life.

However, one couple, Kim and Josh who appeared on the show were not happy about the way that things were portrayed and they have since spoken out about this. In videos and comments posted on social media, they claimed that they were approached by the production company who told them that they were looking for successful homesteads, which is obviously not what the show is about. The couple also claim that they run a very successful farm as part of their homestead but this was not shown at all when the episode aired.

When so much footage is filmed for these series it has to be accepted that not everything is going to make it into the final cut. Perhaps then it is not so much a case of whether reality shows are real or fake, but more of a case of are we only being shown what the producers want us to see? They are ultimately responsible for the things that we see on screen and we have to trust in them that they have chosen the footage in a fair and balanced way. What is clear is that while reality TV remains so popular, the debate about how much of it is fake will continue.