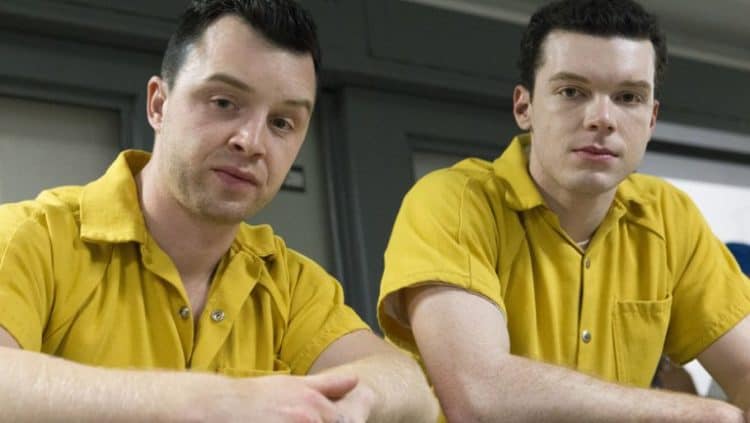 Some people certainly take their shows a little too seriously since, as Lesley Goldberg of the Hollywood Reporter tells it, there were actual death threats being called in concerning whether or not Noel Fisher would be cast once again in the hit series Shameless. Thankfully though Noel did decide to come back after a great deal of deliberation and possible mayhem that could have been caused if he’d made the decision to pursue other interests. Despite the rough beginnings of his character, Mickey, he’s become one of the fan favorites throughout the years of those that happen to love watching Shameless and think that he and Ian are still the perfect couple. There are a few things to discuss concerning this however since if you’ll recall he seemed to help Ian’s story close out in season 9, only to appear as his cellmate when Ian went to prison.

So here are just a few story lines that might work for Micky.

The cartel might be more of a problem for Mickey than he’s letting on.

This one’s kind of a no-brainer since just about every show and movie we’ve ever witnessed having anything to do with a Mexican cartel shows that they’re absolutely ruthless when it comes to finding informants and won’t stop until that person is dead. It doesn’t seem likely that they’ll be able to take Mickey out since he’s too much of a fan-favorite to really snuff out in this manner, but it does seem as though they might begin to make life miserable for him on the inside, and while Ian isn’t about to let anything happen to Mickey this would make him a target as well and thus make life just as miserable for both of them. It’s hard-edged way to go about it on a show like Shameless but it does have some sense of realism that fans might like to see.

Given that their relationship seems like it could be back on for the duration of their time in prison it does seem that Mickey would become protective and even slightly possessive of Ian once again as he’s been in the past. But in prison it does seem that this wouldn’t fly quite as well as it would on the outside since the men on the inside are far more hardened and likely to knock both of them around in order to get their point across that Mickey isn’t the big man and Ian certainly isn’t the toughest. That being said though the two of them together are smart enough and tough enough to make the point that messing with them isn’t that great of an idea unless you’ve got an entire gang at your back and are ready for bare-knuckle throw-down that’s bound to leave a few people on the floor and others on their way to infirmary. In other words while Mickey will likely be quite protective of Ian, it’s going to be a hard go in prison largely because he can’t rely on his ability to be the tough guy quite as much.

The reunion between him and Ian won’t last.

It’s only fair to say that Mickey and Ian have had their problems since ending up together since they are two very different people and circumstances have always seemed to come along that manage to make life harder instead of easier. While Ian has gotten a better handle on his bipolar disorder and Mickey has changed throughout the seasons they’re still the same people and they still have their slew of faults that can be picked apart from time to time. The fact that Mickey has even returned suggests that he has another part to play in the story, but it could be in accordance with a transition that sees them part instead of come back together. As Megan Vick  of TV Guide points out, Cameron Monaghan has been wanting to explore Ian’s need to change and grow as a person rather than the romantic angle that’s existed between Ian for so long. This kind of makes sense considering that Ian has done a lot of searching throughout the past couple of seasons and had been trying to find a stable piece of ground to stand on, metaphorically-speaking, from where he can start building himself up again.

Whatever happens with Mickey you can be certain that it’s not going to be a one-off kind of deal since he’s not that shallow of a character and he’s been around the show long enough to be counted as one of those characters that fans want to keep seeing even if it means something has to be fabricated for him. His future with Ian seems pretty set for the time being, but as things progress it will be interesting to see what happens.