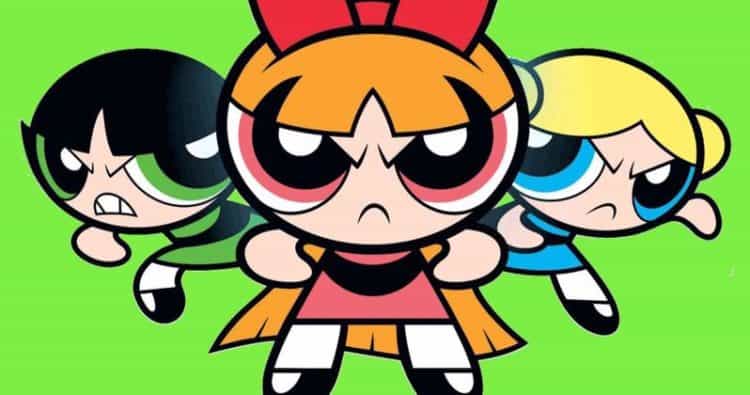 Yes, you read that right, a LIVE-action Powerpuff Girls show is coming to the CW and while it’s not for certain just when it’s going to be here or who’s going to be starring in which role, it is evident that the girls will no longer be kindergarteners, but will instead be in their 20s and still trying to adapt to the world after having lost most if not all of their youth to their crimefighting days. When they’re called in to save Townsville once again it sounds as though they’ll do it without question, but it will still take a bit of convincing. This is definitely going to be a different way to present the Powerpuff Girls that fans haven’t seen outside of fan art representations yet and as one can guess it’s going to be a bit different since it’s likely that villains are going to appear a little more grotesque than they were in the cartoon and Bubbles, Blossom, and Buttercup will be quite a bit different as well. If anyone remembers, and likely a lot of people do since all a person has to have done in the past year is attend a comic convention to see that fans still love the Powerpuff Girls, the young heroes are basically like three little Supergirls with a slight difference in their power sets. Essentially, thanks to Formula X that was mixed in with the batter that Professor Utonium used when making the girls, they’re nigh unstoppable and it takes a serious amount of damage to even slow them down.

The girls ended up being pretty popular initially and their show has been running for a while actually since people still tune in to see what’s going on. As with most cartoons, one could ask a dozen questions about how the Professor became their father and how he treated his ‘daughters’ by allowing them to fight crime instead of being normal little girls. The fact is that they weren’t normal little girls of course, but to think that they lost all of their childhood fighting crime is pretty harsh since it means that the Professor never even tried to stop them from wasting the best days of their young lives. Despite being tough as nails the girls were still quite fragile on an emotional scale since they were still pretty young and didn’t have that much life experience, so it’s going to be intriguing to see how the writers will handle this one, especially if it comes down to any of them entertaining romantic interests within the show. This is the CW they’re coming to after all, and it is known in part for having romantic plot points that tend to drive the story forward sometimes.

But the casting is going to be interesting since it’s going to take three women that can either look younger, or are younger, and wondering who’s going to play the parts of the villain, or villains depending on how the show goes, will need to be decided eventually. It almost feels as though Jon Hamm might be a decent pick as Professor Utonium, or maybe Jeffrey Dean Morgan. It’s pretty certain that whoever is picked it will be someone that can take a good chunk of time to devote to the show since the big hope is likely that whoever signs on will be there for a while to come. The storylines are also going to be interesting since after fighting crime for so long one has to think that the girls would want to have a life finally and possibly find someone that they can share their life with, or even just someone that they can pal around with in order to experience the world in a way that they haven’t before. It’s a bit sad when a person thinks about it that a lot of fictional heroes don’t get a full shot at a normal life since they’re usually off doing something for other people and trying to save the world from being dominated by evil individuals that are bent on world domination. A lot of people likely don’t think too much about this since as long as they’re safe and the world around them is secure then it doesn’t require a lot of consideration.

But bringing the Powerpuff Girls to live-actin is already sounding like it’s going to be a bit of a job since the writing is going to have to be on point and the story will need to make at least some kind of sense without drowning out the main idea behind the whole thing. It’s entirely possible to be fair, otherwise, it feels as though this idea would already be on the back burner and wouldn’t be going anywhere at this time. We’ll have to wait and see how it will go, but so far it sounds like it might be a fun show.