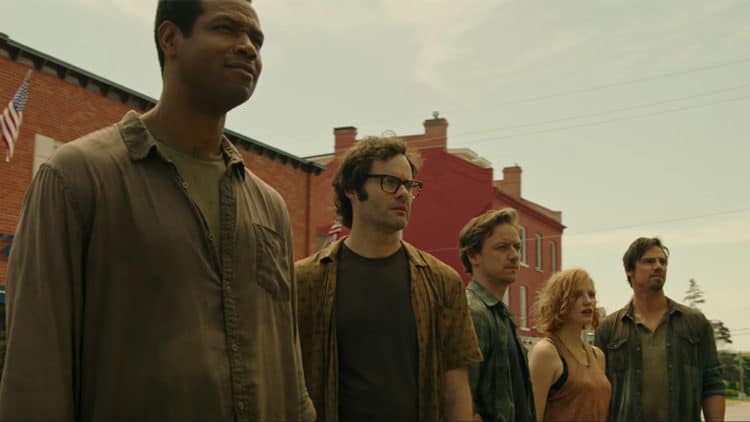 This almost seems like a bold statement since the first movie did manage to gross $700 million worldwide, but it doesn’t at the same time since it’s the second chapter, the stakes are even higher, and the chance for a revenge story is even greater. Remember back to the first movie if you need a refresher, and the book for those of us that have followed this story for a long time now, and you’ll understand just why the Loser’s Club has earned Pennywise’s undying hatred. Though there’s really no basis given to know whether anyone has hurt the creature before or if he’s had a vendetta against anyone else, the scope we’re given in this story makes it clear that Pennywise and the Losers were always going to clash in a way that the psychotic creature has never done with another individual or group, so far as we know. But because of this and the buildup that’s gone into the movie the billion-dollar mark doesn’t seem like a stretch at all really. Instead it feels like an attainable goal since many people want to know how the story ends, and those that do want to see something that might actually top the miniseries and the book itself.

I won’t go handing out any spoilers for those that don’t know how the book or 1990 movie ended, but suffice to say it was almost as though Stephen King got bored and threw in something that seemed as though it might satisfy people and give them a fitting, happy ending. It’s hard to say this as a fan of King and a fellow writer since the truth is when writing a novel, and many writers have likely felt this, the process can be quite exhausting. By the time you near the end, you’re spent, you’re done, you’re simply ready to hang an ending of some sort and call it good. Unfortunately King does this a little too often and it’s been noticed in some of his books, as it might not quite be the Dean Koontz ending of old, meaning everyone has a dog, an RV, and are living comfortably, but it’s still something that seems to indicate that he simply hung it up at the end. Granted, not all of his books are like this, and those that aren’t are some of the greatest stories he’s ever written. That’s why IT is such a quandary, as throughout the story everything sets up the individual for a great thrill ride and sets their pulse to pounding as they await whatever jump scare is about to come out of the darkest corner in the room. King is great at this, he’s one of the best to ever put words to a page, but that one failing is at times rather glaring, and it’s a big hope that IT: Chapter 2 will be given something else that fans will find themselves recoiling from in fear as they try to sort out just what they’re looking at.

The failing isn’t just with King’s final and hopefully epic confrontation either, but with our sense of reckoning and comprehension. Though I’ve already criticized the author, and I stand by it, it’s very easy to praise him by stating that he explores worlds beyond worlds that are tough to figure out from time to time but are so mind-bending that the human imagination is big enough, but is still separated by a veil that either won’t allow us, or simply can’t allow us to see past, as the only explanation we might come up with for what’s beyond is madness or grandeur on a scale that our minds simply can’t fathom. Pennywise is just a shell, a form the creature has come up with, hiding away the truth behind what IT really is. The metaphysical nature of the creature is something that King builds up in such a way that one can’t help but want more, more, and even more as the chills continue to roll out.

That’s the hope for this movie since many people are already chomping at the bit to sit down and see how this tale is going to unfold. Obviously enough people enjoyed the first movie and will be coming back in a big way. Those that know how the story goes might still be surprised, but those that have no idea of what’s coming are hopefully going to be largely pleased. The Losers are headed towards an epic showdown with Pennywise, and the stakes are no less than absolute survival, but the ending might still surprise a lot of people if the director managed to come up with something that was still true to the source material but is still fit to blow our minds. The final chapter is coming soon, and for a lot of us it can’t get here quick enough.