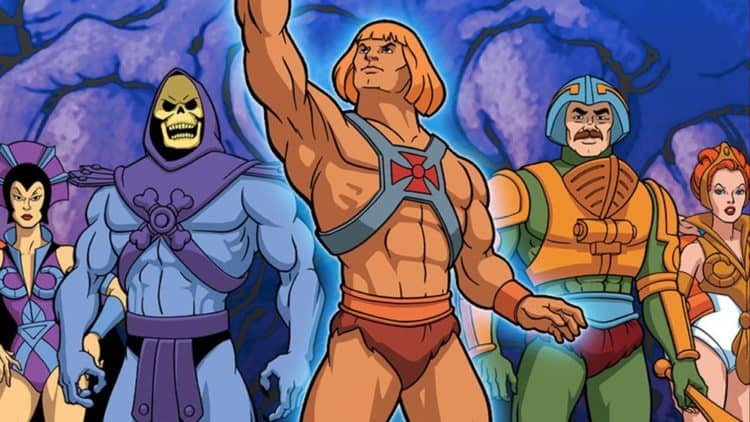 Anyone else think that Sony is trying to bite off more than it can comfortably chew these days? Between Uncharted, He-Man, and the movies related to and dealing with Spider-Man it’s beginning to look as though the studio is doing its best to simply stay on steady ground while attempting to call upon reserves it just doesn’t have. When trying to decide which story to push, Uncharted or He-Man, it almost sounds as though Uncharted might get the final word instead of He-Man, which has been languishing in development hell for quite some time as Kevin Burwick of MovieWeb reminds us. Ever since the Dolph Lundgren version came out people have been divided on whether another live action movie should really be made, but in all fairness it does feel as though an updated version that makes use of better special effects and even better acting and dialogue could revive the story in a big way. Of course a few things would have to change since the outfits from back in the day might have to seriously updated, since charging into battle with minimal clothing and armor is no longer a sensible thing to do. But when all is said and done the movie might still never hit the big screen since there’s just too much going on at the moment for Sony to consider going full-ahead with the project it would appear. At this point we might see it on Netflix as a series, which might actually be preferable to a movie that would have to be seriously compacted into the most pertinent points of the story.

One of the hardest things imaginable when it come to converting episodic shows to the big screen is that one has to wonder just what main points of the story are going to be covered, which characters are going to show up, and of course, whether or not it will have a definitive end or if it will be popular enough to start up the franchise and keep it going. This has been seen with cartoons, comics, and a lot of ideas that started out as episodic sagas that people figured would translate well to the big screen. Some did quite well, others flopped horribly since there was just too much to cover and not enough time to do it. Superhero movies are a great example since the studios are working with the concept of hundreds of issues with a variety of ideas that could possibly be brought to bear, and only enough time and funding for a few of them. He-Man is no different really since he had an entire world to work from and a roster of character that would flood the movie and make it nearly impossible to get everyone the screen time they desired or needed for full development. Many would likely be relegated to cameos and possible Easter eggs that people would continue to notice for months and even years afterward. It’s a mess waiting to happen when an episodic show is brought to the big screen, though thank to Netflix and other streaming networks it is possible to bring them to fruition by keeping them as series and not allowing the idea to hit the big screen until everything is settled and people have a good idea of what’s going on.

As of right now it doesn’t appear likely that we’ll be seeing He-Man on the big screen, though there’s still a small chance that it could happen. That window appears to be closing rapidly though since the desire of the fans is still great, but the time frame in which it can happen with the most efficiency and the best return is starting to shut as the days go on. It’s always possible that He-Man’s time will come around again since a lot of things in show business go in cycles, but as of now it’s hard to see the Masters of the Universe do much more than make their way to streaming so that people can at least check them out and see what’s there to be offered. As far as the big screen goes, that’s the hardest and most arduous path for the story at the moment, and whether or not the people in charge think it’s the best it’s also the way that offers the biggest chance of commercial failure if it’s not done right. A lot of us grew up watching He-Man, among many other cartoons, and we likely even watched the Dolph Lundgren movie, perhaps getting a bit disappointed since it didn’t exactly follow the cartoon. But bringing it back is still something that many want, though if it’s done in the same way as it was decades ago it’s likely that people will be more than willing to forget their excitement.