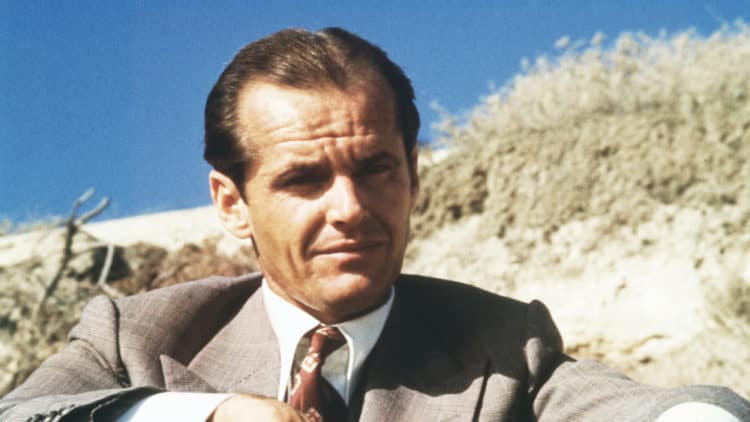 If there’s one movie among all of those that Jack Nicholson acted in throughout the years, well, Chinatown might be one of them, but it’s hard to say which is his absolute best. But according to Joe Otterson of Variety there’s a prequel to Chinatown coming to Netflix eventually. The show has been said to be in early development at this time so as of now it seems as though it might be a while until we get to see the finished result. Apparently David Fincher and Robert Towne will be attached to the project, which should make some fans happy, as this series is going to focus on the early years of Jake Gittes. One has to wonder just how that’s going to look since the main character was someone that, as Nicholson showed, was a little more nuanced than others and should hopefully inspire whoever plays the starring role to do their absolute best. Oddly enough Netflix didn’t have a lot to say as of now, but given that the show is still in early development it could be that they’re not ready to divulge all that much, though it would be nice to know just who they have lined up for the main role and what kind of life we’ll see Jake leading up to the point when the show meets the original movie.

One of its biggest boons could be that it won’t have Roman Polanski directing as you can easily imagine that a lot of people would have massive fit if such a thing happened. The mere fact that Meryl Streep and others had the audacity to applaud the man is still a sore spot with a lot of people as Dan Evon of Snopes reported. The story of Chinatown was one that was widely known and appreciated since it ended up nabbing an Oscar for Robert Towne amid the many nominations it received. The sequel didn’t make nearly as much of a splash but it was still memorable enough to some people who have remembered it over the years. It’s going to be tough to really match the original movie’s story with a series it seems, but hopefully the cast will be top notch and the main character will be someone that can be as influential as Nicholson, or at least close. The downside when it comes to creating a series, one among the many, is that the same feeling isn’t there no matter how much one tries. The years do have a massive effect on the gap between the past and the present since not only has the acting changed, but the very feel of the idea has changed as people have seen it, been there, and experienced it in a way that makes it difficult if not impossible to really get into something that’s being used as a precursor to something they might have enjoyed in the first place.

With Chinatown however the hope seems to be that the series will give a reason as to why Jake is the way he is and will give a little more detail about the world in which he lives and operates. Between the effects that will be needed to bring this series to life and give a genuine feel of the time period there’s a lot of chance for error but not a lot of room for it if the series and those behind it really want the story to succeed. There is a lot of hope that it can work and will be able to grab the attention of the fans, but again, not all attempts to bring back something from the past and improve on it have been all that great. There’s always that chance that something will happen or a disconnect will occur that wasn’t intended and becomes noticed by the fans. That’s always a possibility to tell the truth, but hopefully it won’t happen and the writing will be solid enough to entertain the people and get them on board with the idea. Apparently though this isn’t the only Jack Nicholson project that’s up for being brought back since it sounds as though a series on Nurse Ratched from One Flew Over the Cuckoo’s Nest might be in the works as well with Sarah Paulson as the iconic character.

There’s been a good deal of looking to the past for an idea of what to do with the future when it comes to entertainment and while there have been moments in which it’s been seen to work, some attempts have been less than fruitful either because they take a great idea and use very little of the source material, or those in charge think it’s a good idea to use the idea ‘in spirit’. The hope here is that the classic movie will be treated with a great deal of respect in regards to its main character, if only to keep the integrity of the story.