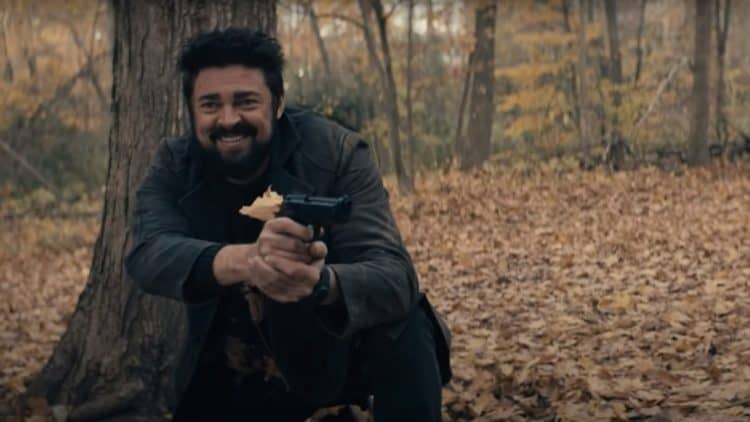 Imagine if your favorite superheroes were egomaniacs that presented a pleasing face to the public but in reality were actually kind of a pain in the backside, then you’d have the show The Boys. Overall this show is doing very well since it takes superheroes in a different direction than people are used to and it tends to warp the whole idea of who and what they are and what they’re really doing to help people if that can still be applied. What they appear to be helping is their own self-interest, and the people looking to take them down are those that have either been harmed by them in some way in the past or are just tired of heroes doing whatever they want and getting away with it. But despite the seriousness that comes with this kind of a show that doesn’t stop a blooper reel from happening since it proves that this show is just like many others when it comes to being a great deal of fun and something worth watching. It does show that the actors don’t always hit their mark the way they’re supposed to and that their outfits and tools can be a bit problematic sometimes. Imagine trying to fire a gun with a leaf stuck to the back end, or doing anything in a costume that might be fine for someone with superpowers and impeccable balance, but is all kinds of difficult for an actor that might need a couple of takes to get it right.

Seriously, watching superhero movies or shows one should be able to question just how they move about in those tight-fitting outfits and how in the world they do anything other than just stand there without feeling insanely uncomfortable with every little movement. But the blooper reels kind of make that question come to life since they tend to make it clear that trying to move about a set is a little difficult sometimes. For the more dangerous stuff the stuntmen and women tend to come in since they’re trained to take the hits and spills and are likely used to injuries being incurred on the job since, well, that’s what they’re there for, to get the action scenes and take the hits when it’s necessary. But the actors, they need to actually make the rest of it look good and remember their lines from time to time in order to get everything down right. But as it’s often shown in blooper reels they tend to get a case of the giggles or find something funny at the wrong moment. Hey, it happens, they’re human.

It does sound as though season 3 has been given the green light, but what the next season will bring is anyone’s guess. At this time it sounds as though Jensen Ackles is a firm lock to bring onto the cast as Soldier Boy, the first superhero, while there’s even talk that Jeffrey Dean Morgan might be heading to the show, but nothing has been finalized on that front. What it does sound like is that the show is working towards an end that’s been in sight for a while, but what that is going to entail is anyone’s guess right now since people are having a lot of fun with the show the way it is, and one can only imagine what kind of bloopers the next season will bring since with different actors one can just imagine that we’re going to get different bloopers that will crop up from time to time. But Jeffrey Dean Morgan would be a great addition to the crew since it wouldn’t matter if he’s a superhero or someone else at this point, just having him there would be great since he’s a fun addition to a lot of projects. Jensen Ackles will be a great addition as well, especially playing the part of a hero that was apparently the first of his type.

There’s also an idea that a spinoff could come from the show that might highlight the current heroes as younger versions of themselves, showing how they would undergo training and grow to maturity. Wouldn’t that be a scary thought, Homelander going through puberty and having mood swings? Whatever happens as of now with The Boys the reality is that things have definitely been highly enjoyable to the fanbase and people are wanting more. One might have thought it would be a risk to make the superheroes into self-absorbed individuals that had a tendency to act on very negative, human emotions, but if the movie Brightburn has shown us anything, it’s that a different perspective on the legends that pop culture has created can be interesting as well as insanely popular since the days of the well-adjusted hero aren’t over, but heroes that are a little darker and not nearly as friendly are just as popular.