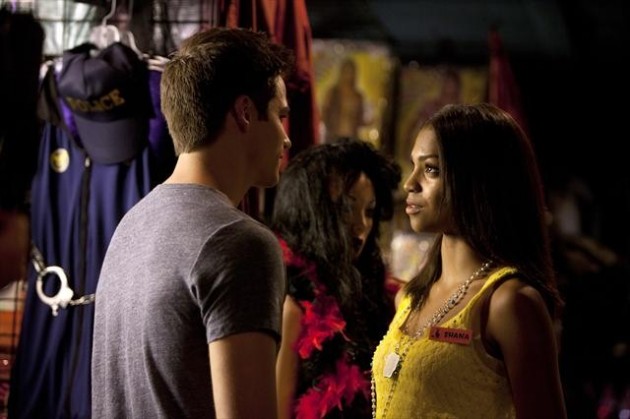 Earlier today, ABC Family announced that it will be releasing a Pretty Little Liars web series to keep fans engaged during the hiatus between the summer finale (watch a preview) and the special Halloween episode. Here’s what we know about the series:

Updated: watch the first episode from the new webseries.

The webseries will focus on the time between the Aug. 28th summer finale and the special Halloween episode of “Pretty Little Liars” airing in October, when the town of Rosewood is getting ready for Halloween. The local Halloween store in Rosewood is a busy place these days and a good spot for someone who wants to keep tabs on certain people. But as the usual suspects come in and out of the store, will they find more than just the ultimate Halloween costume?

“Pretty Dirty Secrets” will also introduce a new face in Rosewood, Shana (Aerial Miranda), who is the Halloween store clerk. The character of Shana will later be seen in the “Pretty Little Liars” series airing in early 2013.

A new episode will be posted on ABCFamily.com every Tuesday at 5:00 p.m. PT/8:00 p.m. ET and the series will revolve around the following (shady?)Â characters: Noel Kahn,Â Â Garrett Reynolds, Shana,Â CeCeÂ Drake, Lucas GottesmanÂ and Jason DiLaurentis.

ABC Family has released photos from the first episode of the web series, which seems to take place in a Halloween costume shot and features a very familiar costume from last year’s Halloween special.Â  The girl in the yellow top is also Rosewood’s newest residence: Shana.