Season four of Californication kicks off tonight – January 9, 2011 – at 9PM on Showtime. 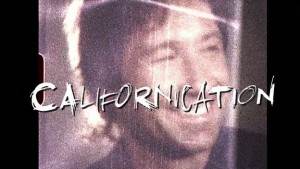 Californication could just as well be called The Rise and Fall of Hank Moody. One of the best characters on television, Hank’s (played by the sublime David Duchovny) life is never short on ups and downs and excitement…or women. The second season of Showtime’s hit show ended with Karen (Natascha McElhone) leaving for New York, leaving Hank and his teenage daughter Becca (Madeleine Martin) behind.

Season three consisted of more ups and downs, rising and falling. Hank continued to struggle personally and professionally; raising Becca is increasingly harder for him without Karen and Hank’s friend Charlie Runkle (Evan Handler) still can’t get Hank’s book picked up. Becca’s troublesome nature grows when she meets and befriends Chelsea Coons. Hank takes a teaching job and meets Chelsea’s parents – Dean Stacey Coons (Peter Gallagher) and his wife Felicia. At one house party, he kisses Felicia and then sleeps with his teaching assistant Jill. Felicia becomes more and more interested in Hank, and they end up sleeping together. Hank also develops a friendship with a student of his, Jackie, who works as a stripper. After trying to not do so, he visits the club to see her dance. She tells Hank that she’s not the typical attention-starved stripper and she just wants to make some money. She goes on to say that she dropped Hank’s class because writing just isn’t her thing. They later sleep together, and she is in his class again the next morning.

Becca took a trip to New York to visit her mother, and to Hank’s surprise, Karen made the return trip with her to spend some time with the two of them. Karen believes that Becca needs to be in New York with her, but Hank protests, as does Becca. Soon after, Becca and Chelsea get drunk at the Coons’ which leads to Karen getting into a shouting match with the Dean and Felicia. Later, Becca tells Hank that Chelsea is the only friend she ever had and doesn’t want to move to New York.

In one of the most memorable episodes of the season (“The Apartment”) Hank wakes up after a party at his place to find Jackie and two of her stripper friends there, one of whom is unconscious. Charlie and Rick Springfield show up first, followed by Jill, who tells Hank she is in love with him. Felicia comes over next to tell Hank she told the Dean about her and Hank’s affair and that she wants to be with him. The next guest to arrive unexpectedly is the Dean himself, and he and Hank discuss the situation. Chelsea and Becca are the final unexpected guests to arrive, and all of Hank’s conquests learn of each other, and Becca and Chelsea are forced to hear that their parents (Chelsea’s mother and Becca’s father) slept together.

There was a great scene that took place in the penultimate episode (“Comings & Goings”) where Felicia invited Hank and Karen over for lunch, which also included Jill and Jackie. That’s right, Hank and four women he’d slept with, all at one table. Dean Coons also made an appearance to challenge Hank to a duel, which was riotous.

As for Charlie Runkle, he and Marcy (Pamela Adlon) have their own struggles throughout the season. Charlie moves back in with her, which causes trouble when she’s bringing other men home. He also has to deal with his nymphomaniacal boss, Sue Collini, who is constantly trying to sleep with him. He takes Rick Springfield on as a client, which helped contribute to one of my favorite running gags of the season – it seems that just about every character asked “is that Rick Springfield?!” at some point during the season. He receives a random visit from an ex-lover, Daisy, who tells him that she is making the rounds to inform all of her partners about her STD. The timing is very inconvenient, as Marcy wants to have sex later that evening, but Charlie has to turn her down and tell her the news. Rick becomes an addict and at one point even makes Charlie get him cocaine, which turns out to be for a date with Marcy. Charlie dumps the cocaine all over and takes Marcy home with him, as they talk divorce but begin to warm back up to each other.

The season concluded with Hank in a bad place – the backseat of a police car. Mia Cross (Madeline Zima) returned, as the book she “wrote” (Hank actually wrote it, but she passed it off as her own work and Hank couldn’t do anything to stop her because she threatened legal action, as he’d slept with her when she was just 16) was being released on paperback, so she was out on tour to support the release. Hank meets Mia’s new boyfriend/agent Paul, who says that they should go public with their story. Hank goes over to Mia’s to plead with her not to go public and ends up in a fistfight with her boyfriend. Bloodied, he returns home to come clean to Karen about Mia. Karen is incredulous, screaming and shoving Hank, and their argument spills out onto the street, where the police pick him up just as Becca comes outside, unaware of what her father has done to deserve his seat in the back of the car.

What’s next for Hank? Season four of Californication kicks off tonight – January 9, 2011 – at 9PM on Showtime.