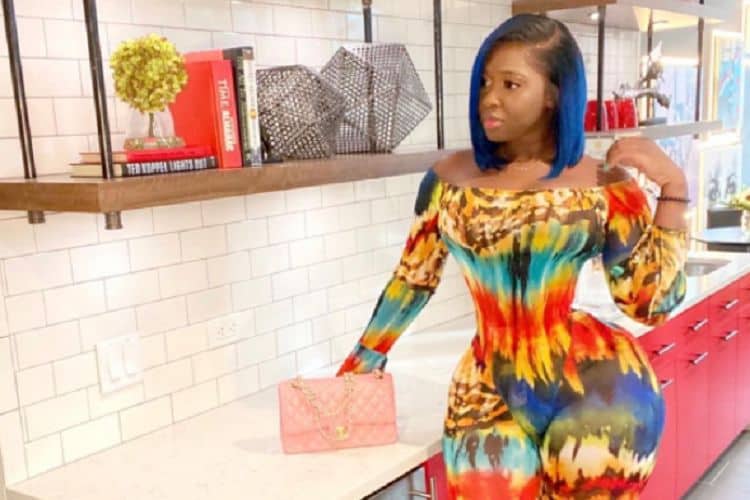 Gambian actress Princess Shyngle is no stranger to the limelight. The actress has been in the business since 2011, and she continues to find her name in the press. She placed third in the “Next Move Star Africa,” competition, which shot the young star to fame rather quickly. She has since starred with some of the most famous people in the industry in numerous projects, and her life has turned into something she never saw coming. She made headlines in April 2021 after attempting suicide for the second time in three years, and her fans are curious to know more about the star and the difficult life she leads.

1. She is From Gambia

Princess Shyngle was born and raised in Gambia in West Africa. She was born on December 25. 1990. She’s a Christmas baby who grew up living with her mom and dad. Her mom is a businesswoman in Gambia, and her father was the deputy mayor in their small country.

2. She is Well-Known for Her Body

Perhaps the one thing that she is most famous for is her tiny waist. There were rumors for many years that her body was not natural, and photos of her tiny waist seem unnatural. It’s been speculated that she has gone under the knife to have several of her own ribs removed so that she can accomplish the size of her waist.

3. She is Filming a Reality Show

Back in 2020, she was given the chance to film her own reality show. With the pandemic on the horizon, things were a little bit more complicated. It’s hard to film a reality show when you don’t have a lot of places to go or anything to do. Her show is called, “Discovering Princess Shyngle,” and it’s designed to give her fans a more in-depth look at her life and all that she’s done.

4. She Suffers from Depression

The star recently posted online that she’s suffering from depression, and that might be why she’s felt overcome so often in her life that she’s attempted to take her own life twice in three years. The first time was in 2018. She reportedly overdosed on medication and finished it off with a glass of bleach. She tried again in April 2021, and she’s reportedly all right after her attempt at taking her own life failed.

5. Her Marriage is a Mess

When she announced she married to Bala Gaye, fans were shocked. A year before, she was engaged to someone else, and then a year later she’s married to her childhood crush. She shared with the world in January 2021 that the couple wed, and that they were childhood friends. She had a huge crush on him when she was in the 8th grade, and little did either know that they’d one day end up married. Of course, it did not work out as she then announced only three months into their marriage that he was domestically abusing her and their marriage was over.

In January 2020, she announced she was getting married. She was engaged to her longtime boyfriend, Frederick Badji. Their relationship was also a mess with her calling him out long before their engagement for cheating on her. Shortly after their engagement, he was arrested and taken to jail, and Princess Shyngle was on social media making posts about how her family did not support her and how she was just having a difficult time.

7. She Suffered a Miscarriage

During the time that she was engaged to her previous fiancé, she was also pregnant. She was excited about the prospect of becoming a mother and getting married, but things did not work out. Aside from her relationship falling apart, she was also unfortunate to suffer a miscarriage. The loss of her unborn baby was devastating to the star, and it likely did not help her already deep feelings of depression.

8. She Suffers from Kidney Disease

Princess Shyngle might be only 30, but she has lived a difficult life. In addition to her two terrible relationships, her miscarriage, and her own suicide attempts, she’s also suffering from kidney disease. It’s been reported that the disease might have been caused by her use of a highly controversial training method in which she wore a waist trainer to achieve her 22-inch waist.

Fans aren’t sure what is going on in her personal life at the moment, but it seems that she’s had some difficult times. She accused her husband of pulling a gun, of being a woman beater, and of being a mistake. It’s a lot to come out with only three months after getting married. We hope she can find the help she needs to deal with her personal trauma.

10. She Is Not Very Private

While many actors and actresses work hard to ensure they have privacy in their personal lives, she is not one of them. She’s managed to make most of her personal life very accessible for her fans and the rest of the world, and many believe that this is part of the issue she’s facing in terms of her depression. Perhaps it might be best for her to maintain a bit more privacy in the future.