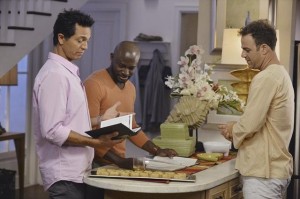 In last week’s Private Practice season premiere there were several rather important developments in the lives of the Seaside Health & Wellness doctors.Â  In case you missed it, (read last week’s review) Addison chose Jake, not Sam’s spur-of-the-moment proposal, Charlotte found out she’s pregnant — with triplets! — and after fear that Pete skipped out on his court hearing, she learned that he suffered another heart attack, this time a fatal one.

The episode certainly set-up some interesting story arcs for the season.

Tonight marks Private Practice‘s 100th episode!Â  But with an ominous title, “Mourning Sickness,” it’s obvious that this will be no flashy spectacular, song and dance included (a la How I Met Your Mother).

The doctors join together for a celebration at Addison’s house and to reminisce about the past.Â  Meanwhile, Sheldon counsels a suicidal patient who comes forward with a shocking confession.

Perhaps we’ll see some reference to the goings-on at Seattle Grace?Â  Maybe more stories of the practice’s early days?Â  Or even You’ll have to tune in to find out. 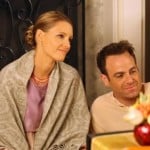