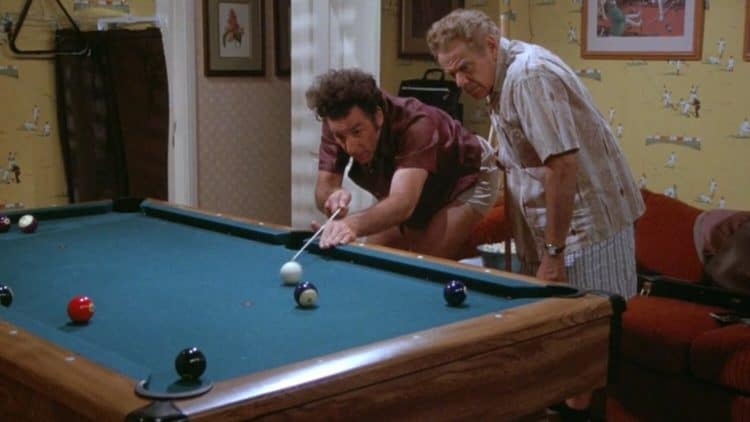 In a way, pool is like a lot of indoor games, a lot of people think they can play and they think that it’s about as simple as it can be if they know geometry. Well, knowing geometry certainly doesn’t hurt, but as this expert says, a lot of this goes off of feel and how comfortable a person really is with the game. Pool isn’t so difficult that it takes a master to play, but it does require a bit of practice to master and it can take a while. There are people that are naturally gifted at various things in this world and this game can definitely be one of them. The trick there however is that things tend to make sense in a way to some folks that elude others, meaning that a person can intuit how the game will go depending on the position of the balls, the condition of the table, and many other factors that tend to go into the moment. Pool isn’t a hard game to figure out, but to master it one does have to put in the time and effort. Too many people have likely watched a movie that features a game of pool and have thought that they could do the same thing since all you do is put the balls in the holes. There’s a little more to it than that.

Anyone that’s been to a pool hall more than once in their lives could easily tell you that pool is taken quite seriously by some people and that the games that cost the most are those that people tend to want to pay attention to since when money is involved it’s already become a little more serious than usual. Tournaments are where a person will see people get extremely serious since the prize money that comes at the end can be substantial and the prestige that comes with it is also quite nice. Chances are that a pool player, no matter how good, probably won’t be that well-known to any but those that follow the game on a professional level, since like it or not, pool is a big deal in some circles, but it’s not quite the same level as many other sports that people enjoy watching. It’s definitely fun to play, and impressive to watch when a pro starts to run the table, but in terms of overall popularity it’s a niche that a lot of people are interested in but a lot of people won’t tend to get too excited about since they might think of it like bowling, it’s great for working-class people but not much else. Those are usually the kind of people that it’s fun to challenge since it’s possible that they don’t understand the game that well.

The kind of games one sees being played in the movies and on TV though aren’t always as realistic since as the expert in the clip states, some shots just aren’t physically possible and other shots are possible but aren’t being hit by the actors considering how they line up and the difficulty of some of them. Trick shots look cool, especially when they work and appear to defy the laws of physics, but just as it goes with any game or sport, a trick is something that takes a while to get down and is hardly ever of much use in an actual game unless that perfect moment comes along that will allow that trick to be used. There are some folks that excel at trick shots since they practice them, they study them, and they attempt them over and over and over, but one thing that should be mentioned is that trick shorts are earned, they’re not necessarily something that a person will get down in a big hurry and certainly won’t fully understand without having gained the fundamentals of the game. A person needs to be able to understand how to hit the ball, where to hit the ball, and how to feel what they’re doing before really being able to call themselves a pool player. While a lot of players will argue that it takes the right cue and that a person can’t possibly play without the appropriate cue, I’ll go on record by saying that I’ve been beaten by an old-timer using a piece of driftwood.

While I’m not the greatest pool player that ever lived, far from it, this man taught me a lesson that I’ve never forgotten. Pool is easier with the right tools, much as anything is, but the fact that this individual ran the table on me with a piece of dried out, twisted driftwood made it clear that not only was he a great pool player, but he knew how to line up and feel every single shot that he dropped. The game of pool comes down to a combination of a lot of things, but feeling the shot has to be one of the most important.