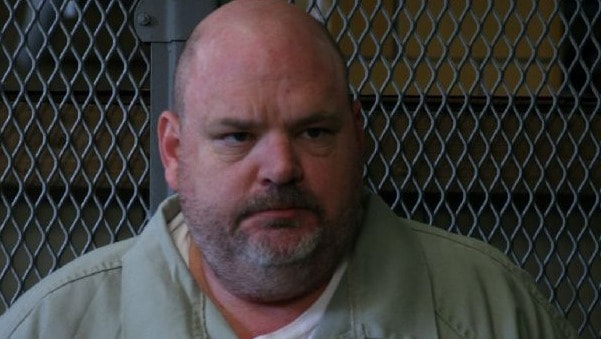 Pruitt Taylor Vince is an actor who is best known for appearing in major television films in supporting roles. His face is familiar although he hasn’t achieved the status of super star celebrity ranking. He’s made some fairly significant contributions to the film and television industry. We wanted to learn more about this talented actor who hasn’t received as much attention as we think he deserves, and we were surprised at what we learned. Here are 10 things that you probably didn’t know about him.

1. He accidentally became an actor

The story behind the mistake that kicked off Vince’s acting career is highly interesting. The native of Baton Rouge, Louisiana registered for classes at his high school and acting wasn’t one of the subjects that he had chose. It was actually a mistake in the computer system that erroneously scheduled him for an acting class. He was committed to following the schedule and once he got into the class, he developed an interest in becoming a professional actor. Because of a computer mistake, Pruitt Taylor Vince became passionate about acting and it seems like fate intervened on his behalf because he’s well suited for the profession.

2. He starred as lead with Liv Tyler

His first lead role was Liv Tyler’s first proper role as well. It was in the film “Heavy” which came out in 2005. This was an indie film and it showcases his real talent for acting. He rendered a moving portrayal of the character who slowly loses his grip on life and it’s a film that will touch you emotionally. He does a top notch job in this performance. If you want to see an example of fine acting, then this film is highly recommended because Vince nails it.

3. He’s one of the most believable actors in Hollywood

Pruitt has received acclaim as an actor who has a very special gift for showing conflicting emotions. He’s a character actor who knows how to play the part of a disturbed character who is also a longer and he makes the role quite believable. Rotten Tomatoes gives him a thumbs up for his rare talent in this area and when you really analyze his performances you can see that he puts a lot of effort into nailing each detail of the character and projecting the emotions that he is feeling at the time so it jumps right out at the audience and leaves little doubt about what’s going on at the time.

4. The real Pruitt Taylor Vince is nothing like his characters

Most of the time, fans only get to see Pruitt in character. He’s often cast as unintelligent oafs who are not too bright and generally conflicted. He plays the part of a Southern idiot perfectly and although it would be a shame for him to become typecast in this type of role permanently, he delivers a flawless performance. He’s not really backwards or unintelligent. In fact, the opposite is true. Pruitt attended Louisiana State University after high school. He can switch from one role type to another and he can be funny or serious. This takes a lot of talent and it takes mental strength and agility to act at the level that Vince does. He’s truly phenomenal.

5. He has an impressive acting portfolio

Pruitt Taylor Vince has appeared in 14 films and 7 television series roles. in 1987 he made his debut in the role of Detective Deimos in “Angel Heart.” The following year he was Lester Cowens in “Mississippi Burning,” and in 1989 as Benny the Mule in “K-9.” He was Buddy in “Wild at Heart” in 1990 and the same year was Paul in “Jacob’s Ladder.” His next film role was in 1994 as Deputy Warden Kavanaugh in “Natural Born Killers” followed by the part of Dr. Reid in “The Cell” in 2000. There were other film roles in between but one of his more significant roles was as Father Hennessy in “Constantine” in 2005 with his last film appearances in 2011 in “Drive Angry” and “Butter.” He’s also appeared in several television series including “Murder One,” “Deadwood,” “The Walking Dead” as Otis, “Justified,” “True Blood,” “The Mentalist” and in “Heroes Reborn.”

6. Pruitt has a real medical condition that enhances his acting

When you see the eyes of the characters that Pruitt Taylor Vince plays twitch, it’s probably because of a medical condition that he has. This makes him perfect for playing disturbed individuals who have nervous twitches which are hard to manufacture. The name of the condition is nystagmus. It causes the eye to move involuntarily, so it’s not really something that can be controlled and this makes his acting all the more convincing .

With so much talent evident in his acting, it would have been terribly unfair if someone hadn’t recognized his gift officially. Vince won a 1997 Emmy Award in the category of Outstanding Guest Actor when he played the role of Clifford Banks in “Murder One,”pulling off the serial killer part to a tee. His believable rendering of the character was truly amazing.

Pruitt has been married two times in his life so far. His first wife was Anne Schneider, but the relationship didn’t work out and the couple went their separate ways and divorced. His second and current wife is Julianne Mattelig. They Married on the 24th of May in 2003 and they are still making their life together.

According to Net Worth Roll, his estimated current net worth is at $1.79 million.

Pruitt Taylor Vince is a prolific actor and you can see him in a variety of different film and television roles, but when it comes to his personal life, this is a different story. He’s not a hog for the limelight at all. In fact, he values his privacy so you’re not likely to find the 58 year old actor appearing in any of the gossip columns.