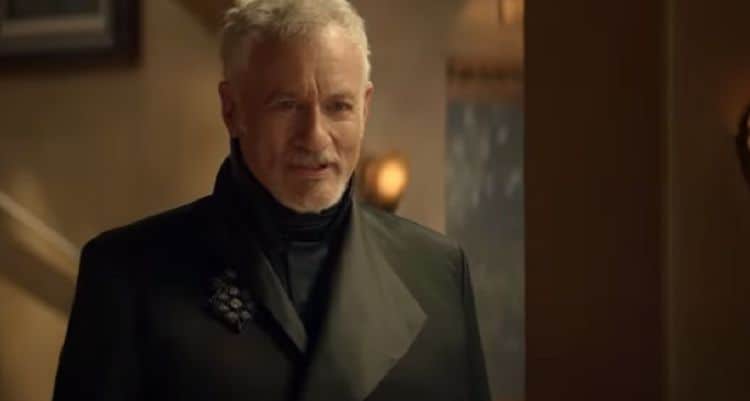 As always, anytime Q is around one has to know that things are going to get thrown out of whack, and his involvement with Picard is usually that of a being that knows he’s usually bound to have the upper hand but doesn’t always gloat about it. Some would likely argue this point about Q, but the realization that he doesn’t always mess around and is sometimes seeking something other than his own amusement is another part of the character that makes him so interesting. This time around though the allusion to the ‘end of the road not taken’ brings up a lot of interesting ideas of how life could have gone if the Enterprise had never come across the Borg. It’s hard to think that in the known galaxy that such a moment exists that the Borg might have remained secluded from Starfleet, in fact, many fans might say it would never be possible, but there’s always that ‘what if’ that a lot of people are willing to entertain.

It’s already known that there will be a season 3 and it’s apparently going to be shot back to back with season 2, so it feels as though Q’s return is going to shake a few things up and possibly take a while to fully explore. His fascination with Picard, which has been ongoing for so long, is bound to be one of the main plot points that will drive the show forward, but it’s easy enough to wonder how long that will last and what avenues this will take Picard down. Messing around with the timelines has been a popular idea for quite a while now and it’s fair to think that Q, who is definitely capable of doing pretty much whatever he wants, will explore those timelines in detail as he guides or shows Picard just what might have happened had a different choice been made and a different path been taken.

In order to really understand Q, it’s kind of important to go back to The Next Generation when he first became a thorn in the side of Picard and the rest of the Enterprise’s crew. There’s also that old discussion that Q either made it possible for the Borg to realize that the Federation existed, or gave the Federation an early warning that the Borg existed. Since it’s been established that the Borg knew about the Federation first it’s more likely that Q inadvertently gave the Federation a heads-up after doing something that he might have felt was his own form of punishment for the crew not doing as he wanted. In other words, for all his power and contempt for the human race, Q has, at times, been little more than a childish character that doesn’t like to be told no and has often used his power as a child would when throwing a tantrum after not getting their way. In other words, this supreme being that hailed from a collective of supreme beings was a bit of a rogue in that he didn’t know when to leave well enough alone.

To be fair though, Q has been through it over the course of his time in the franchise since he’s lost his powers, been kicked out of the collective, regained his powers, had to learn what it was like to empathize with others, and he’s even been stabbed by a fork when he was a flesh and blood being. Considering how he started off, Q has come a very long way as a character and it’s fair to state that he’s undergone a great deal of development. How he’ll act in this upcoming season is anyone’s guess, but his connection with Picard has been one of the longest-running and most interesting developments in the history of the franchise, at least to some people, so it’s very intriguing to see where this might go and what it might mean when it comes to the idea of the Federation never learning of the Borg. Just think on that for a moment and realize that as positive as it could be, it would also be a serious negative, since if the Borg already knew about the Federation, but not vice versa, well, there are some big implications.

However season 2 ends up going it’s bound to be something that people will want to sit down for since Picard has been one of the most famous captains that this franchise has ever seen. With season 3 already having been given the green light and the fact that Q is back, it’s fair to say that Picard will continue to be a favored show and that people will want to see more of it should the idea be to keep it going as long as possible. As long as Patrick Stewart is able it feels like it might be around for a bit longer.