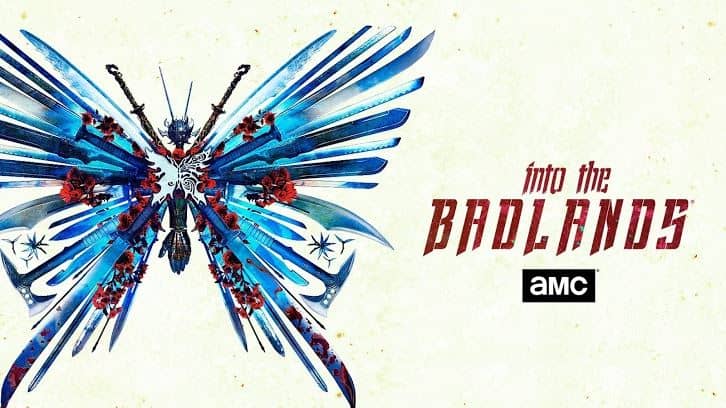 In the wake of AMC’s action packed Into the Badlands mid-season finale, we spoke with the show’s costume designer Giovanni Lipari whom gave us an inside glimpse at how the process for those remarkable costumes are made. Fans of the Widow not worry, he specifically touches on her wardrobe, including the famous black gown. Read the full interview here.

-The show has a few different directors. When a new director comes in, what has been the most interesting request by one of them about the wardrobe? Has one director been more interested in the costumes over others?

I would say all the directors have expressed equal interest in the costumes but each in their own unique way. Some directors come from a more visual culture and therefore theirs is a visual dedication. However others come from a background with the emphasis on the dramatic composition; the words and the acting. They are usually the two elements you have to deal with as a designer, so you need to understand who is in front of you to know the kinds of requests you will be handling. Regardless of what their focus is, it is always a very beautiful part of the process where they take you away from the big picture of prepping for multiple episodes and guide you into thinking about specific scenes. On the whole, the concept and visual style of the show has already been solidified by the showrunner, so the requests from directors are all in the details. For example, Paco Cabezas who directed multiple episodes, would often visit the workshop to request perhaps a slash cut on one side of a garment, as he understands and has already visualized how a particular fight scene will go, and this kind of feedback is very helpful to my process.Â  It is also a learning process for the various directors and they need to piece together details from each department like a mosaic to ensure they can realize their vision of each scene. 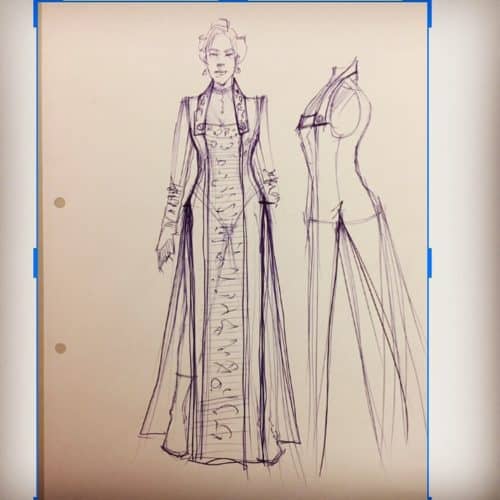 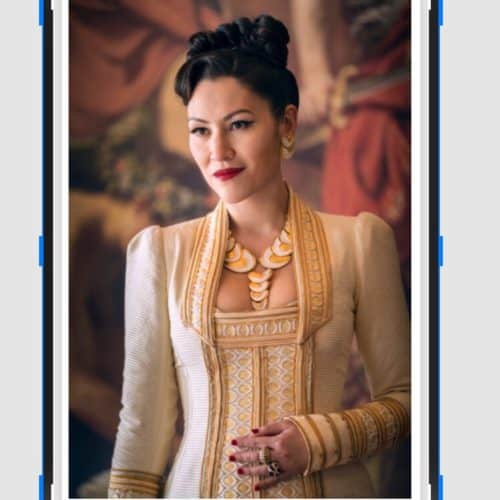 -The mid-season 3 finale aired last Sunday. Did you have a favorite look from that episode?

My favourite looks from the mid-season finale would definitely be the Widow, Chau and Gaius from the major fight scene. They are coming together for a mortal battle so the gravity of this situation needed to be reflected in their costumes and a lot of work went into defining the colour, style and shapes ahead of time. As the Widow’s colour palette is always black, it can be a challenge to design striking and new looks for her, so for this scene I pushed into a more religious, spiritual outfit inspired from her time at the monastery. I used the classic kimono shape to influence this look. For Gaius, this is the first time we see him in full elegant and regal attire after being hired officially by the Widow. The inspiration for this look was drawn from classic Victorian silhouettes and I used the most beautiful fabric for his purple silk velvet overcoat which really exudes royalty and power. For Baron Chau, this look needed to represent the height of her power and dominance to intimidate her enemies. For this I chose fabric in an off-white gold which mirrors her previous looks in palette, but using the inspiration of an Egyptian Sarcophagus to make it a more formidable shape.

-What is your process like? Are you on set modifying things as scenes are being shot or are you mostly in a production office?

Most of my time is spent in the costume department, specifically in the workshop. The workshop is where all the costume makers work from — cutters, tailors and seamstresses mainly. So once my design drawings have been approved and fabric has been selected, this needs to be handed off to the making team and I have to brief them on every element of the design from shape and proportions to the finer details of decorations and finishing. So there is a lot of work in the workshop for the preparation of each costume and following that, my presence is constantly required to answer questions and help give direction on readjustments, fittings and design tweaks. Having said that, I do also frequently visit the set, especially for what is called the “establishing” of costumes on set. This is to check on small issues such as the way a costume is worn, or if a director has a scene with a new requirement, essentially it is my responsibility to ensure the costumes are properly represented on set before shooting starts. In terms of modifications, the costumes are very structured and created to allow certain movements in fight scenes, so last minute changes are in fact quite rare. The majority of last minute adjustments are in the smaller details. 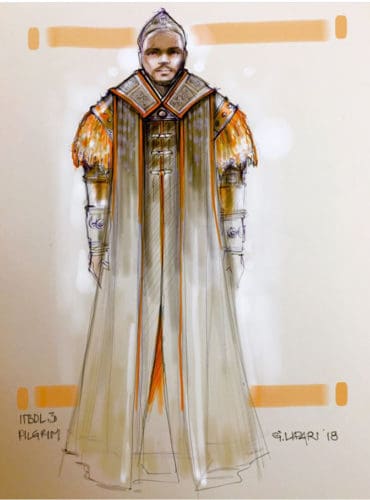 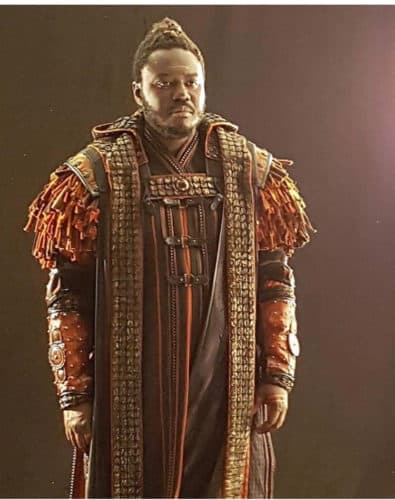 -How much of the show’s location affects the costumes?

On Into the Badlands, the location certainly had an impact on costumes and it’s been very interesting to be involved with that on Badlands. Season 1 was shot in Louisana before moving to Ireland for Seasons 2 and 3. Louisiana is a whole different environment, from landscape to colors and even temperature and weather conditions so the location change had to take all of this into consideration. When I started on Badlands for Season 2, one of the very first conversations I had with Miles Millar was about how this location change would impact on the costume design and how we would maintain a consistent style but having a new set of requirements. One of those requirements was making sure the actors wouldn’t freeze going from a hot to cold climate, so using materials that could face the winter cold and rain but still maintain the style from the previous season. Then we had to make sure we were using colors in a new way. Ireland offers a very beautiful and vivid color background, it’s very green and has a unique light. So it was always at the back of my mind when using colors and ageing fabrics, what they would be standing against in a shot. So the location in this case was very important in informing a lot of my decisions.

-The Widow is a fan favorite for her costumes. What has been her most elaborate costume this season? How long did it take to make?

The most elaborate costume for the Widow was a particularly beautiful black gown with a long train trimmed with embroidered velvet which was purchased in Paris and black Jet Stones we got in London all over her shoulders and back. One of it’s many challenges was to design a full gown, including train, worn by an actor in stilettos who will need her full range of movement for the fight scenes. On top of that, I needed to select a fabric far lighter than what would normally be required to maintain the right structure and shape, so getting that balance right was tricky but also very interesting.Â  This one gown alone took probably about 8 working days and then in addition to that, another 4 multiples, so it took a lot of time to achieve this look. 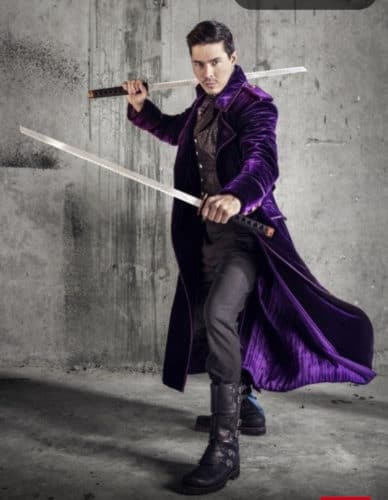 -How much in advance do you start working on an episode before it airs? Have you been given any hints about the second half of Season 4?

The aim in prepping is not so much related to the air date but making sure we have started prepping an episode before the shooting of the next. With Badlands there is a huge volume of costumes to design and make, so it is extremely fast paced and requires fast decision making. Usually we have three weeks to prep each block which consists of two episodes, so that includes each look for each character and the multiples for each costume on top of that. Unfortunately, it’s simply too early to have any information on Season 4.

-Does genre of a show affect certain choices you make? Would the costumes have any change if the show was a comedy for instance?

Absolutely, and especially for Into the Badlands. I realized immediately when I began working on this show that it required very strong characters that needed to be established through vivid, bold colors that would define groups of characters and families. I borrowed shapes from throughout history, balancing and rebalancing them to make the Badlands very specific in style, color and texture. And really in the case of this kind of show, which borrows from retro futuristic and steampunk styles, it’s not really a genre that exists elsewhere and so it had extra requirements that were determined by this more than usual. Usually it is standard to rent a proportion of costumes from costume houses but for Badlands, this was not really possible because everything seemed too mild, too shy for the look we wanted to achieve and the world we wanted to create. So to create the look, texture and feel that worked for the show meant starting everything from scratch and that also meant we were always improving as a design team, achieving better results with every costume. So certainly the genre has a big impact on the designs but I cannot say for sure what Badlands the comedy would look like! 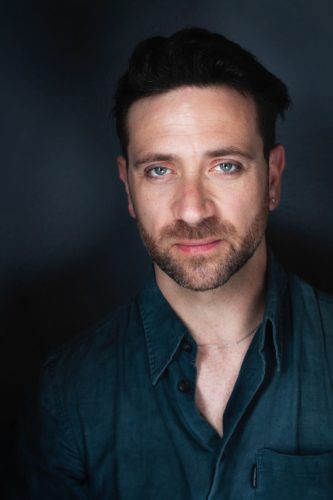