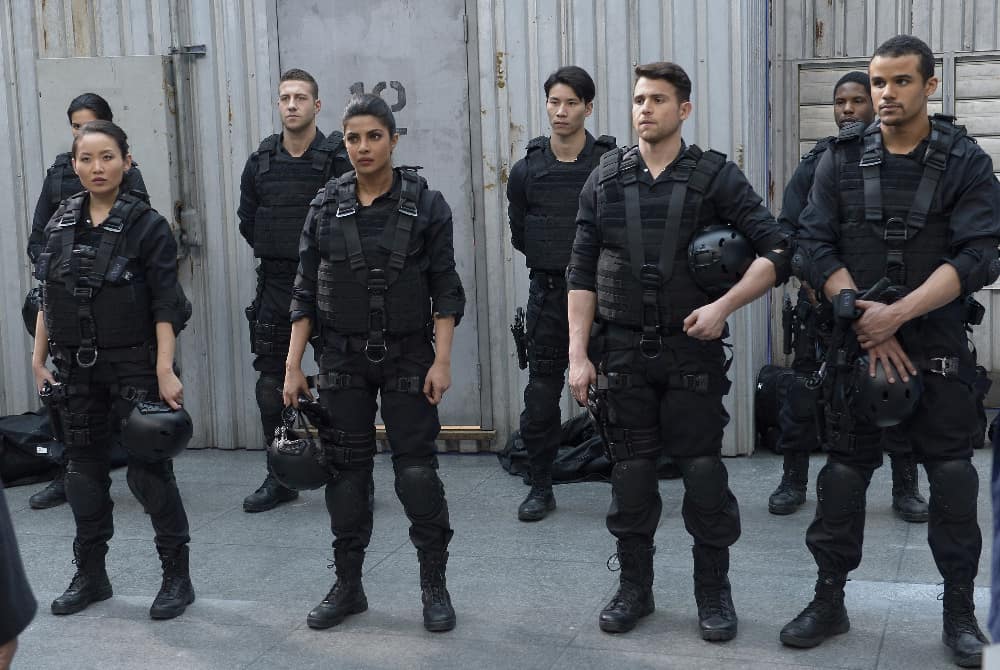 The past few episodes ofÂ Quantico have featured big reveals but not nearly enough thrills. Let’s see if we got a change of pace in this week’s appropriately titled episode, “Fast.”

The episode opens with Alex helping Caleb “get clean” (featuring a fun little homage toÂ Saw), but she’s still completely unaware that he’s been working with Shelby. Alex encounters Shelby herself soon enough when the woman shows up at the FBI, but her attempt to bring Shelby’s actions before the higher-ups only reveals that Shelby has really been on Alex’s side the entire time. The two women end up agreeing to work together to bring down the terrorist(s), and the episode ends with them encountering Will in a church in very poor condition.

Back at the academy, Shelby is trying to figure out what to do after seeing Caleb beat Will half to death at the end of last week’s episode. Will lied about what happened to him, so there is’t much that Shelby can do to make people believe her. This can’t be the only thing on her mind, though, because the cadets are also tasked with the FBI’s version of career day in which they’ll pick their top-3 jobs within the bureau. This task proves to be the most difficult for the twins, who, because of their unique position in the FBI, have already been assigned to a handler. Obviously, they don’t get along very well with him. All of the cadets experience a twist, however, when they find out that the real task was for the handlers to find out more about the cadets instead of vice versa. A few of the cadets, including Alex, undergo additional training and observation after receiving interest from some of the elite branches of the FBI, but this testing doesn’t seem to go as well for Alex as she would have liked. In the end, Drew is the main cause of this “failure,” and he leaves the academy of his own volition.

It was brief, but I should mention that there was a scene around halfway through the episode that featured what was very obviously a computer-generated cityscape, and it was clear thatÂ Quantico‘s strength will never be in its CG.

As has become increasingly common withÂ Quantico, “Fast” was a solid-but-unimpressive episode that progressed its storylines but can’t break free from the slump and formula that it’s found itself in. The characters are still the major strength for the show, but the academy storyline is beginning to really drag on. The post-bombing story continues to be the most interesting aspect ofÂ Quantico, but, because of the nature of the story, it can’t be the main focus of an episode yet. Once this changes, things could improve exponentially.

What did you think of this week’s new episode ofÂ Quantico? Let us know your thoughts in the comments down below!

“Fast” is another solid episode of Quantico, but its flaws are quickly becoming more obvious.