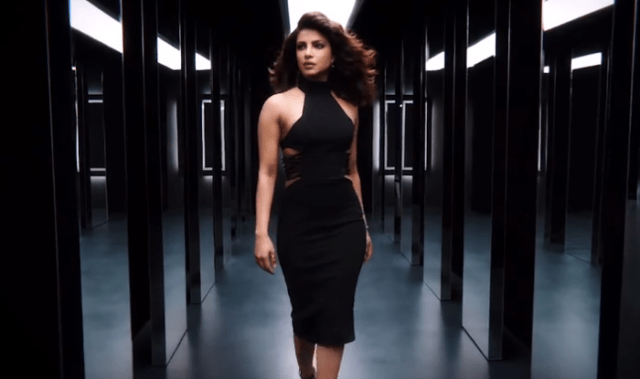 Last season’s hit dramaÂ Quantico was always a ton of fun, and a lot of that had to do with the great cast of characters that the series delivered. Tonight was the premiere of the show’s sophomore season, so let’s take a look at what happened in “Kudove.”

The episode opens with Alex now working for the CIA after being unceremoniously dismissed from the FBI in last season’s finale. It quickly becomes clear that Alex has been through some developments since we last saw her (including something interesting concerning Ryan), and it’s soon revealed that the scenes we see in the episode’s introduction are from a yearÂ after the main events of the season, effectively establishing the new dual-narrative of season two. I had wondered how the show would tackle its format this year (since all of the cadets graduated last season and rendered the academy timeline null), so setting up a new mystery in a similar way is something that the show definitely needed to do. Based on the little that we see in the premiere, I think it’s safe to say that we’re in for another interesting story this season.

In the “past” timeline, Alex begins her training for the CIA. Unlike when she was at the FBI academy last season, though, the feel of this training is completely different and it should be easy for the storyline to set itself apart from what we’ve already seen. With that said, itÂ sort of feels like a cop-out to have the past focus on training and the future focus on the aftermath of a bombing (which were both the stories that were explored last season), but it may be a simple fact of knowing what works for the series.

The new cast members for the season seem interesting so far, but it’s going to be very important that they set themselves apart without simply becoming more of the same (we were already introduced to “new Liam” in “Kudove”). There’s definitely a lot of potential for some of these newbies to become standouts, but, for now, the returning cast remains the strongest part of the series. Priyanka Chopra returns as Alex Parrish in perfect fashion, and I’m surprised by how impressed I was by Josh Hopkins’ Ryan in the episode (he wasn’t quite one of my favorites last season).

Overall, “Kudove” did a pretty good job at establishing the season, and I have every hope that it’s going to be a fun season.Â Quantico seems to know what it wants to do and how to do it, and that confidence should help the show improve over its already successful first season. With that said, though, this seems to be very much more of the same fromÂ Quantico, so people that didn’t tune in last year don’t really have a reason to tune in this year. In addition, it’s very possible that the audience won’t be satisfied that so little has changed in the show’s sophomore season. We’ll just have to wait and see what the writers have in store for us.

What did you think ofÂ Quantico‘s second season premiere? Let us know your thoughts in the comments down below!

“Kudove” effectively sets up the new season of Quantico, but it’s very much more of the same for the series.