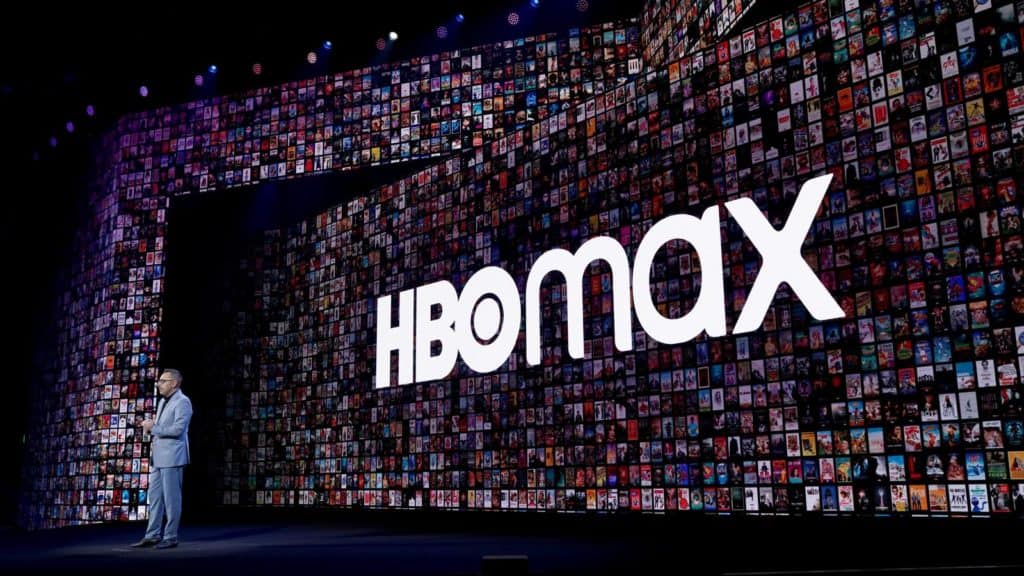 Well, Folks, here we are.Â  After so many months and so much hoopla, we’re finally getting yet another streaming service on the market.Â  Even as a fan of the current streaming glut and all of the niche, targeted and hyper-specific experiences it can create, I can’t see this model coming even close to being sustainable.Â  But, gosh darn it, if HBO Max isn’t one of the more promising packages out there: stuffed to bursting with high-end movies from Warner Bros, DC, the Criterion Collection and even Studio Ghibli.Â  And while there are plenty of other services that you can invest in — many of which offer more complete versions of those same kinds of niches that HBO Max is cobbling together here into a workable library of movies — here are ten must-watch movies that will be available at launch with HBO Max.Â  Think of it like the perfect movie sample platter to get you to the streaming service that you actually want to pay for down the road. 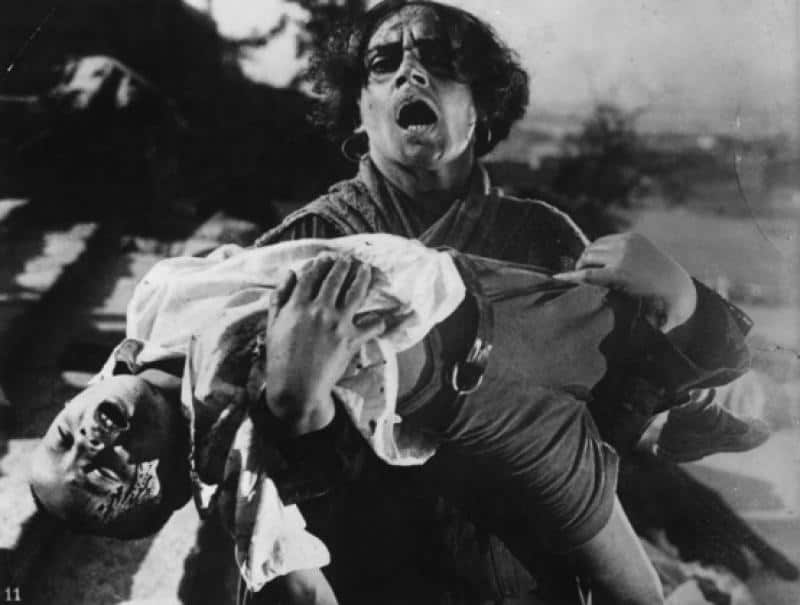 Battleship Potempkin (1925) — Especially coming from a modern filmic perspective nearly one hundred years after the fact, the early silent films of the Soviet Union — such as those of the legendary Sergei Eisenstein — are like a blast of cold water on our otherwise drowsy view of film.Â  These films are challenging, abrasive and thoroughly avant guard: more intellectually than emotionally engaging, the antithesis of everything that we’ve come to expect film to be.Â  Perhaps that it why they are so powerful, now seemingly more than ever, because they challenge us to think of film as more than just pablum entertainment that act as a salve for our modern existence.Â  They are spectacle hardened into a spear’s point, rattling savagely at the world. 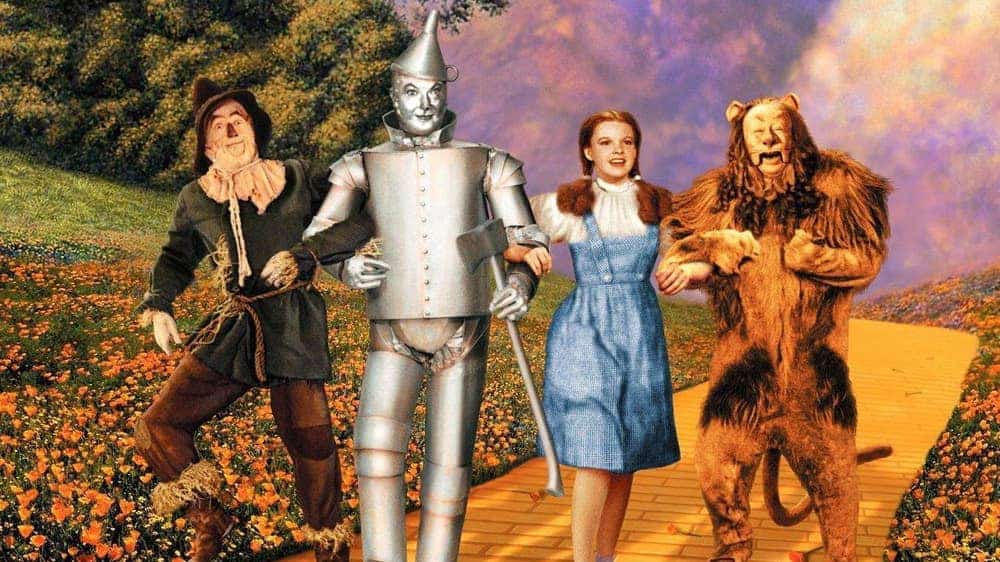 The Wizard of Oz (1939) — Just as I have never been much for comedies, the musicals that were so popular in mid-century America — and were cranked out by MGM just as quickly as they could be projected onto the screen — were never really anything that I found to be especially engaging.Â  They were fun enough to watch, to be sure, the music was infinitely hummable and those dance numbers (although they dragged on infinitely) were incomparably impressive, but they never felt consequential.Â  They never felt real or meaningful, even in the way that the modern Marvel movies somehow manage to be (despite all protests to the contrary by the so-called guardians of “good taste).Â  There have always been exceptions to this, however, and while most came at the end of the studio era (in the mid-to-late 60s), there were some stunning works produced throughout the era.Â  The most famous and beloved of these — even, as it turns out, by myself — is The Wizard of Oz, a fanciful adventure that somehow manages to be so much more than the colorful sum of its parts. 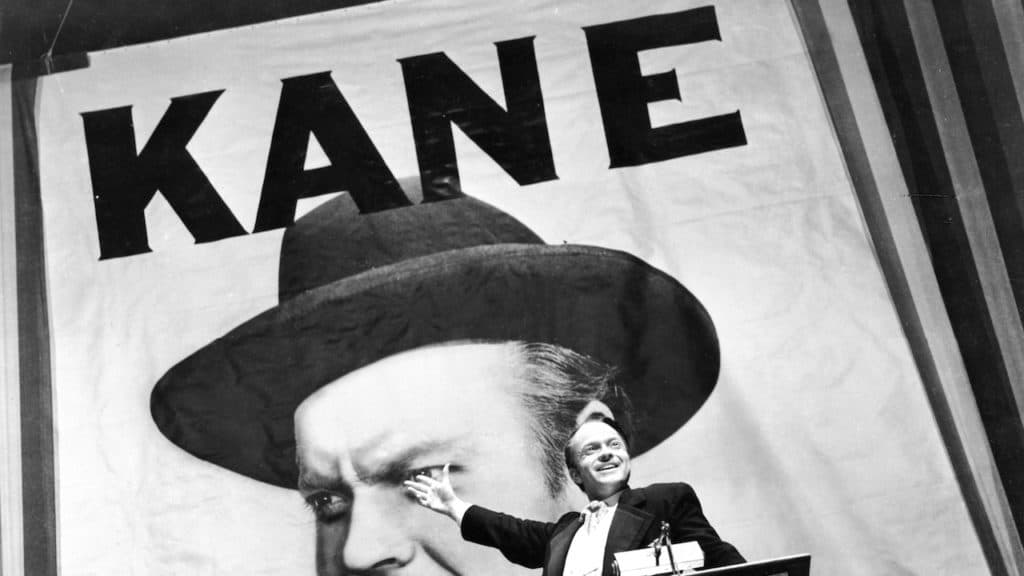 Citizen Kane (1941) — Talking to a friend the other day, she confessed to not having seen any of “the basics” of film: no Godfather (1972), no Pulp Fiction (1994) and, presumably, no Citizen Kane (1941).Â  Now, I have always thought that it is infinitely more important to watch movies that you are likely to enjoy — or at least find interesting — than movies that you’re “supposed” to watch, and that there are so many cannons to choose from now that even the highest-ranked entry in one “best of” list might quite reasonably not even place in another that you might as well choose one that looks fun and poke around in there for a bit.Â  But, even so, there’s something about Citizen Kane (an acquired taste by most modern accounts) that simply rings true so many years later.Â  Essentially The Social Network (2010) for the twentieth century, Citizen Kane acts as an epic character study of a communications mogul who nevertheless finds himself distant and incommunicable from the very world his life’s work connected.Â  And, yes, there is just something viscerally satisfying about starting off your viewing of a new streaming service with a movie that many have regarded as the very best movie ever made. 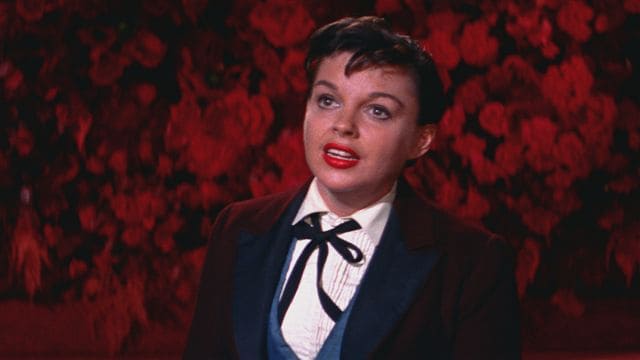 A Star Is Born (1954) — Although most today are probably more familiar with the recent Bradley Cooper-helmed remake starring Lady Gaga, A Star Is Born is one of the most enduringly popular and often reworked stories in Hollywood.Â  Starting life as What Price Hollywood? in 1932, the story was quickly reworked into the legally-distinct first A Star Is Born in 1937. Â However, it wasn’t until 1976 that rock-and-roll, rather than acting, became the central focus of the story’s narrative.Â  However, the version that most people love and remember is from 1954, a musical starring The Wizard of Oz‘s Judy Garland and directed by famed “women’s pictures” director George Cukor.Â  Stunning even by the standards of the franchise and its genre, it justly stands as perhaps the most affecting version of star-crossed rise of a budding ingenue and fall of a wasted talent. 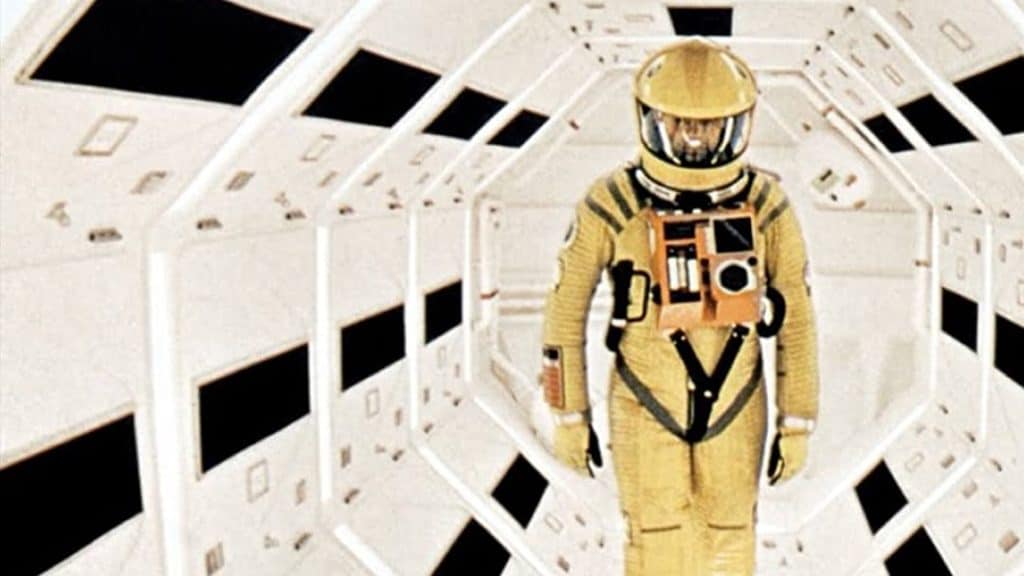 2001: A Space Odyssey (1968) — In the realm of “best movies ever made,” there are plenty of contenders to choose from.Â  Ranging from The Rules of the Game (1939) to Citizen Kane (1941), Casablanca (1942), Seven Samurai (1954), Vertigo (1958), The Godfather (1972), Schindler’s List (1993), In the Mood for Love (2000), Mulholland Drive (2001), Roma (2018) and Parasite (2019), HBO Max seems to have raked in more than its fair share of them in preparation of its launch.Â  Easy to dismiss as “just another greatest movie ever made,” Stanley Kubrick’s 2001: A Space Odyssey is a profoundly difficult film to appreciate from the comfort of your living room.Â  Everything just seems so small and inconsequential when it’s not projected up 100 feet tall in a massive theater, where every minor audience reaction ripples into a roaring crescendo.Â  And yet, despite all of these, there is power left in this masterpiece when streaming onto your little TV.Â  Like the pusher in a darkened alleyway, the first taste is free, leading into a full-blown Kubrick addition by the time all the theaters open up and its next repertory screening makes the rounds for everybody to see properly. 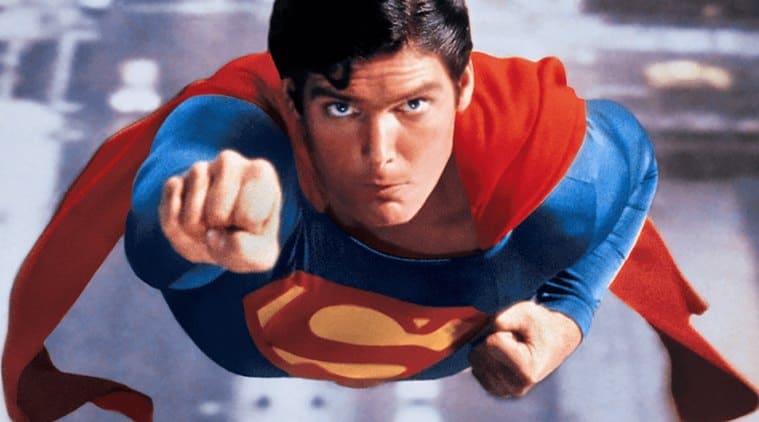 Superman (1978) — Warner Bros has done such a splendid job bungling their recent DC adaptations that one might be excused for wondering what the big deal ever was with these characters.Â  Yes, it looks like they’re finally back on track where they need to be after Wonder Woman (2017), Aquaman (2018), Shazam (2019) and Birds of Prey (2020), but the lasting cultural vandalism of Man of Steel (2014), Batman v Superman (2016), Suicide Squad (2016) and Justice League (2017) will last for generations to come.Â  However, thanks to HBO Max, some of that damage can start to be undone, with the original big-screen Superman (the final blow in the 1-2-3 punch, along with Jaws and Star Wars, that gave us the blockbuster movie scene of the 1980s) now streamable for everyone to see.Â  Perhaps a little corny by contemporary standards, it nevertheless gave us the perfect “real-life” Clark Kent, an unflinching focus on comic books’ historically intended audience (children, by way of a storybook introduction) and an unabashedly earnest sentimentality that the franchise has been sorely missing in the modern, grimdark era. 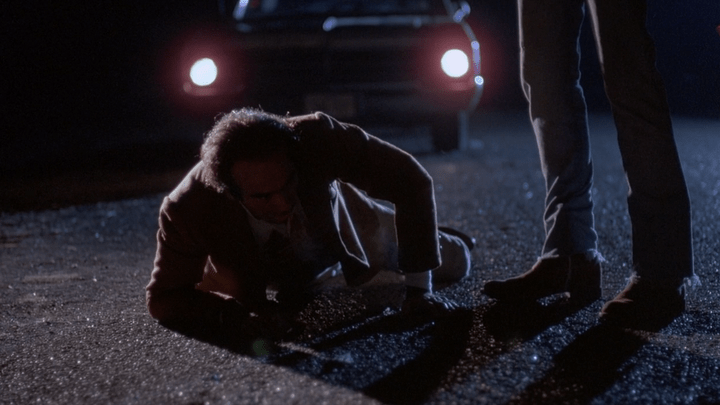 Blood Simple (1984) — So much has been made of the Coen Brothers’ twenty-first century turn to serious, melancholic and generally straight-faced dramas from their earlier, more intensely comedic work, that it raises some serious questions in my mind about how many people actually bothered to watch them from their start in the industry.Â  Blood Simple, as the name implies, is a down-and-dirty neo-noir thriller that is far more predictive of their later films than it was of their earlier follow-ups to it.Â  Yet despite being everybody involved’s first film credit (brothers Joel and Ethen, as well as Frances McDormand) it demonstrates nearly all of the polish and calculated knowhow of their later and better known films (e.g., Fargo, Oh Brother Where Art Thou, No Country for Old Men, True Grit, Inside Llewyn Davis). 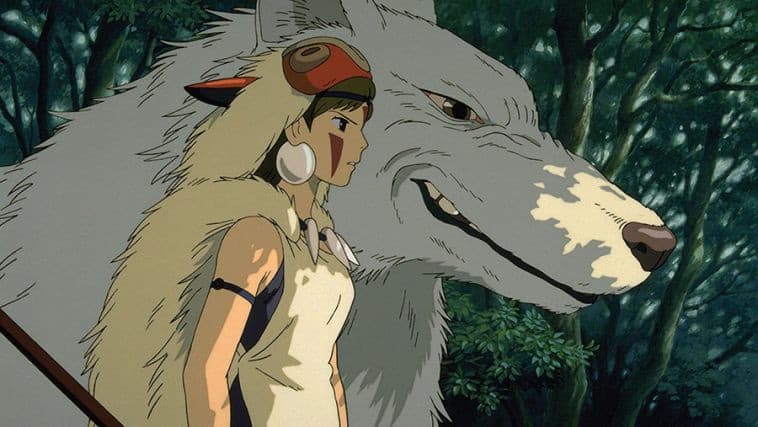 Princess Mononoke (1997) — Much has been made of HBO Max’s acquisition of the Studio Ghibli library: which is certainly a major get and one of the real reasons to subscribe to them at launch.Â  Studio Ghibli, the long-running home of legendary director Hayao Miyazaki for one, has been a major player in the animation industry for as long as I have been alive for, and their catalog includes everything from unimpeachable classics to criminally underrated works of breathless artistry.Â  From first film Castle in the Sky (1986) to most recent When Marnie Was There (2014), from double bills of My Neighbor Totoro (1988) and Grave of the Fireflies (1988) to Oscar-winning Spirited Away (2001), there is a wealth of animation to dive headlong into that has never felt more prescient and necessary than when stuck inside during the current pandemic.Â  And while there are plenty of great movies to watch or share for the first time, I cannot recommend my favorite among them, the epic and soul-restoring Princess Mononoke, highly enough. 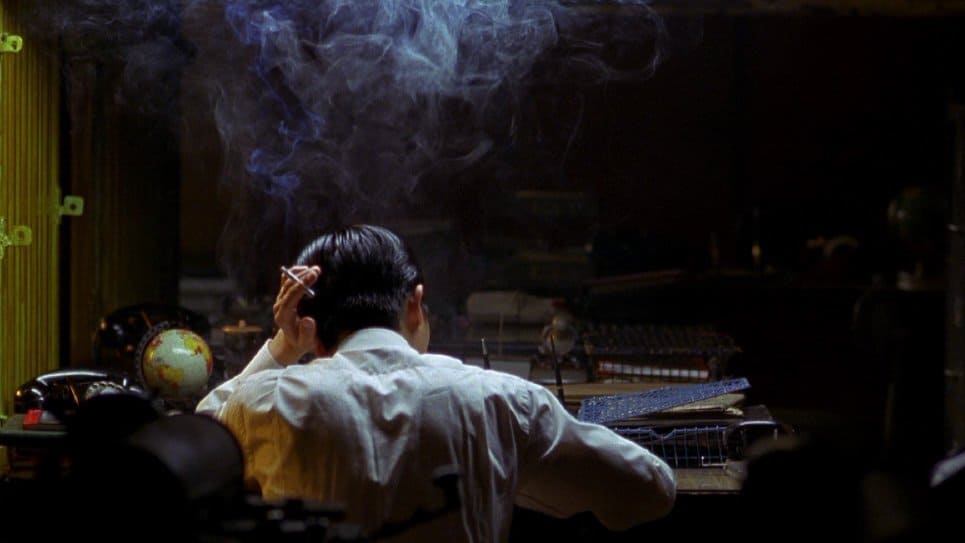 In the Mood for Love (2000) — Much, too, has been made of HBO Max’s deal with the Criterion Collection, bringing many of the boutique film distributor’s world of global classics to a much wider audience than ever before.Â  And while HBO Max is hardly a Criterion Channel — in truth, they’re sporting a paltry fraction of that streaming service’s wealth of content — it does serve as a great entryway into the wider world of international film: a gateway streaming service of sorts to get would-be cinephiles hooked on much stronger strains of cinema than the latest and greatest blockbusters offered on the new streaming service.Â  And to that I say that this is the perfect opportunity to give serious consideration to Hong Kong director Wong Kar-wai’s In the Mood for Love, often cited as the best movie of the twenty-first century in exactly the same way that Citizen Kane (1941) is often cited as the best movie of the twentieth century.Â  A moody, contemplative drama of unrequited romance between lonely neighbors in 1960s Hong Kong, it is an achingly powerful portrait of anti-romance in the modern world.

Crazy Rich Asians (2018) — Although it has become vogue to dismiss this as “just another rom-com,” this continents-spanning 2018 comedy is far more than the cunning resurrection of a dead Hollywood genre.Â  It is a stunning and infinitely rewatchable study of racial, national and class identity — of the subtle negotiations between family members and non-members — that comes together in an infectious whirlwind of romantic spectacle and the excesses of wealth.Â  While hardly a perfect movie by any means (that Godfather-esque business with the dead fish is a jarring narrative and tonal shift that is in no way warranted by either the film’s characters nor narrative), the sum total of what it has to offer is an exceptional lot.Â  And if you passed this one by because you figured that you’d already seen You’ve Got Mail (1998) or My Best Friend’s Wedding (1997), this is your chance to rectify that grievous miscalculation.