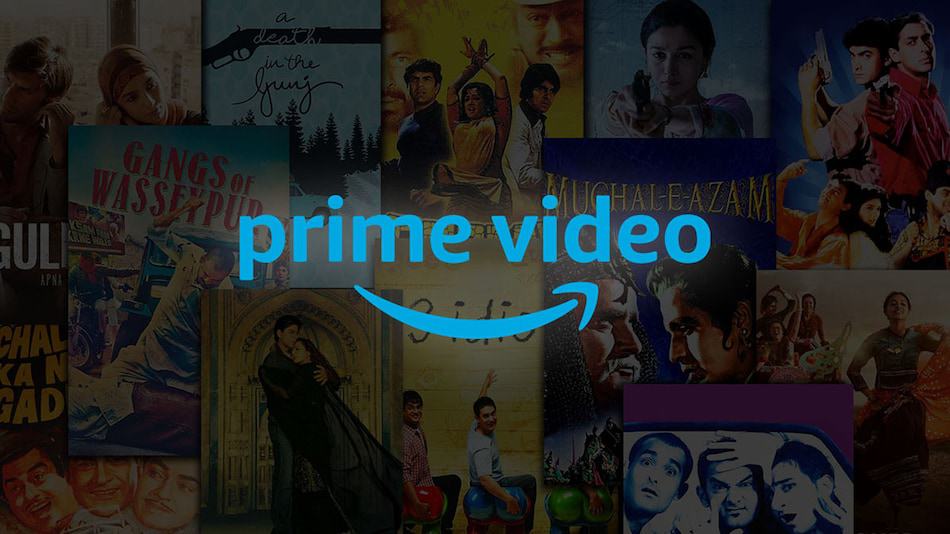 Sometimes I’m just blown away by the sheer breadth of what Amazon Prime – a service that most people have access to simply to get free shipping on packages – has to offer by way of streaming.  It can goes as old-school as the Criterion channel, as modern as Netflix, as broad as high-brow as Kanopy, as low-brow as Shudder, and shows off a little bit of everything for everyone.  You have your blockbuster movies, art house films, silent, talkies, domestic features and foreign oddities all under one roof, all grouped under a service that most people don’t even think about in terms of movies.  A wealth of cinema is at your fingertips for the price of free two-day shipping on a tube of toothpaste, and I think that it’s high time that people start appreciating what it has to offer viewers in the time of the Coronavirus. 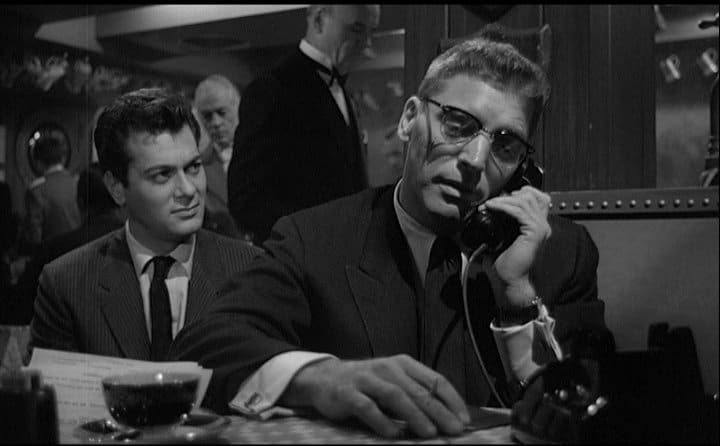 Sweet Smell of Success (1957) – Critical under-valued by even fans of classic film (that is, if they’ve even seen it at all), Sweet Smell of Success is one of those perfect little movies that occasionally managed to slip by the studio heads of Hollywood in the 1940s and 50s.  There aren’t very many of them, sad to say, but it’s right up there with the likes of Citizen Kane (1941), Casablanca (1942) and 12 Angry Men (1957): movies that thrived under the intense scrutiny of the system, whereas most others were chewed up and spat out with reckless abandon.  Sweet Smell of Success, which is ostensibly about a publicist hired to break up an ill-advised couple by the girl’s domineering brother, is really about power: who has it, who lacks it, and what people are willing to do in order to get it.  Power dynamics inform everything about the proceedings, from the way characters walk, talk and do to one another.  It’s a dark and beautiful little film that could be well-served by Amazon Prime’s wide reach in the world these days, and in turn well-serve its viewership by shedding some light into the base-level politics that can be seen at every level of our modern society. 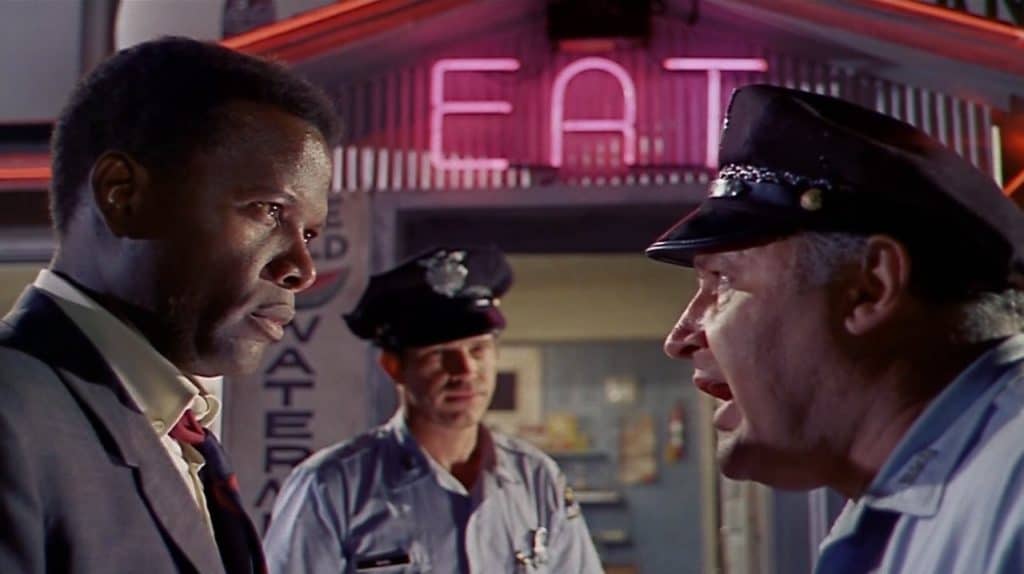 In the Heat of the Night (1967) – These days, the most people seem to remember about Norman Jewison’s In the Heat of the Night is that it (A) beat out The Graduate (1967) and Bonnie and Clyde (1967) for that year’s Best Picture Oscar and (B) Sidney Poitier’s iconic reading of the line “They call me Mister Tibbs!”  And that’s a shame, because In the Heat of the Night  is far more than the admittedly quotable “compromise” Oscar winner from one of the most important and memorable Oscar races in that award’s storied history.  The film is a powerfully affecting drama wrapped up in a contentious, racially-charged murder mystery that is as thought-provoking and true-to-life today as it was all those years ago.  It is most certainly luminary actor Sidney Poitier’s best performance from a career defined by a long string of “best performances,” coming in a year marked by three such performances (in this, in Guess Who’s Coming to Dinner and in To Sir with Love).  It features several thrilling sequences of policework and white-knuckled violence and a final reveal as to they “why” of it all that I couldn’t possibly have seen coming going into it.  While I may have preferred the more aesthetically audacious Bonnie and Clyde of that year’s nominees, there is no question that this is one of the best films produced at the tail end of the Studio Era, and predicted so much of what the look and feel and sound of New Hollywood would emerge as that it is downright tragic that it seems so utterly dismissed by general audiences today who otherwise lavish their attentions on the altar of Scorsese, Lucas and Spielberg. 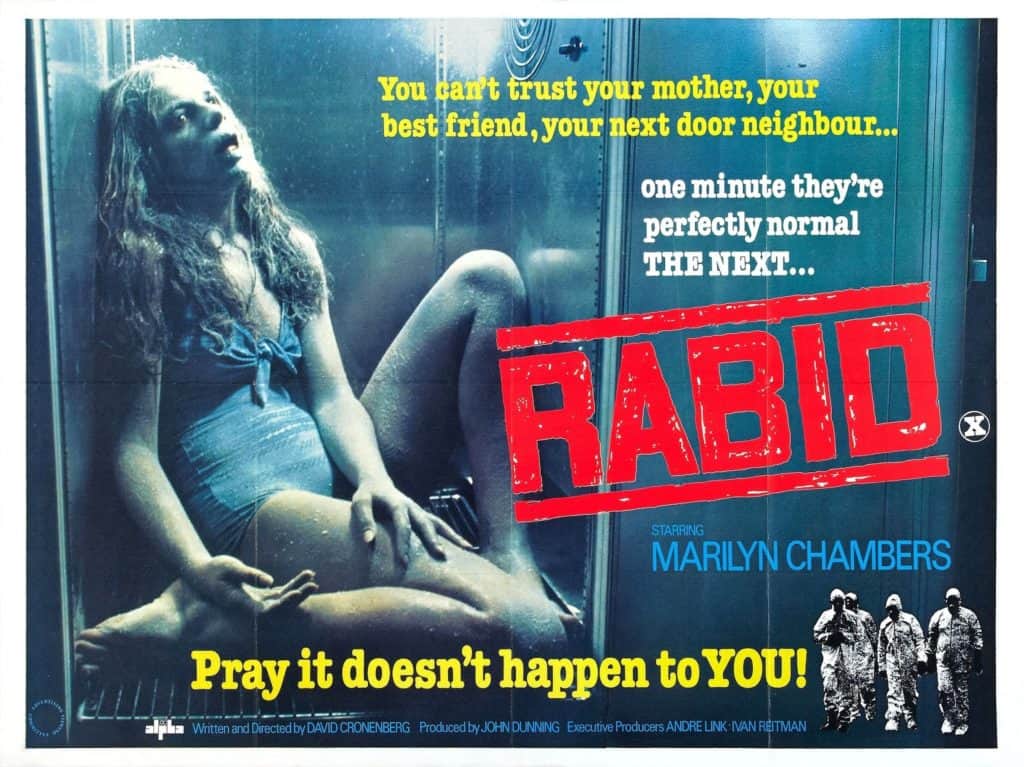 Rabid (1977) – For as synonymous as his name has become with the body-horror genre in general, we really don’t give David Cronenberg’s filmography – especially his early work, where he made his most prescient, vital and unmistakably striking films – near enough attention these days.  Those first few years really were an embarrassment of riches.  From the apocalyptic sex-zombie screamer Shivers (1975) to his deranged take on motherhood in The Brood (1979) to his paranoid thriller Scanners (1981) to his cataclysmic vision of modern information technology in Videodrome (1983) to his marrow-deep masterpiece The Fly (1986), there’s hardly a stinker in the bunch (and many as considered among the greatest horror films of all time).  Often lost in the shuffle to give Cronenberg his proper due, though, is Rabid, a sort of hybrid vampire / zombie / monster movie that focusses on an apocalyptic outbreak of rabid, crazed killers spreading from a girl who was transformed into a predatory creature by a life-saving medical procedure.  While far from as refined as his later work in this cycle of his career would eventually become, this is a singularly unique work that bears all the unmistakable hallmarks of the horror films that came before it while never feeling like anything other than the pure expression of Cronenbergian terror that it is.

Duel to the Death (1983) – Duel to the Death is an odd sort of picture for American audiences because so much of it is so dependent on the specific cultural inlets of East Asian cinema and culture.  On the other hand, it’s also a really easy sell for those same audiences who just need to hear some combination of “martial artists versus samurai” to know exactly as much as they need to know going into the film.  Frenetically shot, deliriously paced and splitting from frame to frame by the sheer amount of cool stuff that they were able to pack into the proceedings, Duel to the Death is the bizarre kind of Eastern oddity that I think would turn far more people on to the region’s various cinemas if they only had the  opportunity to be exposed to it.  After all, both halves of this equation are easy in-roads to Western movie buffs to the wider world of international cinema; I mean, how many people got their first look at the possibilities of non-American films by watching Kurosawa’s samurai movies, or Bruce Lee’s kung fu movies or Jackie Chan’s madcap action-comedies?  This is pretty much all three baked into one single film, and that alone is reason enough for anyboy – especially the film-curious among you – to seek it out as soon as you possibly can. 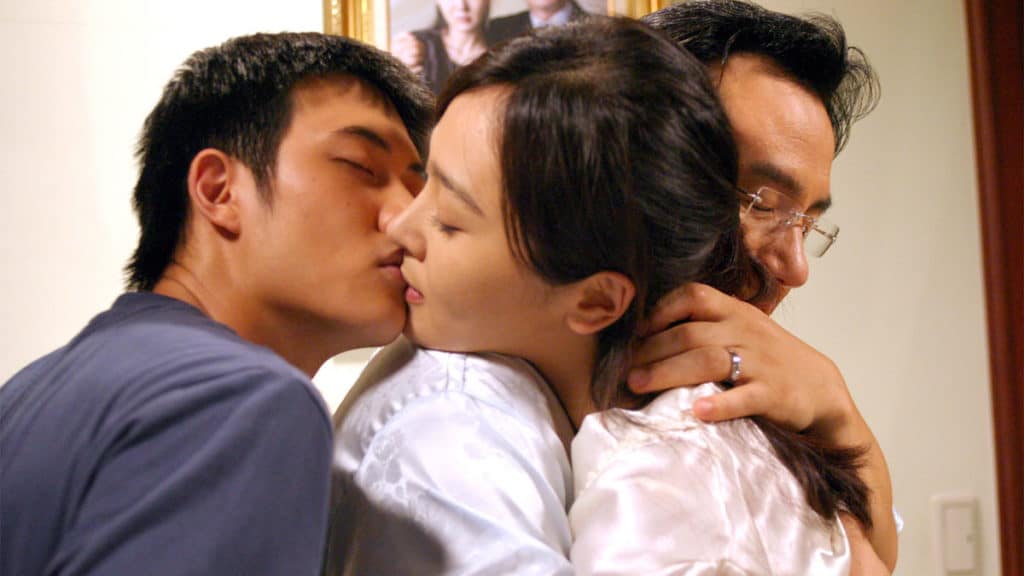 3-Iron (2004) – My first film class in college was a “World Cinema” gen ed that I really only took because I thought a class sent watching movies (which I liked) would be better than one that required a lot of reading (which, majoring in English Education, I was getting plenty of to begin with).  And, admittedly, some of the films we went through were pretty rough on my novice eyes.  I’ve never been all that big on Italian Neo-Realism or Cinema Novo, which are pretty dry and sparse on the whole, and the class was front-loaded with those kinds of movies.  But, gradually over th course of the semester, I found more and more to love.  Particularly when we his the end-of-the year stretch on East Asian film, I was introduced to a wide world of movies I never existed before: from the Samurai movies of Kurosawa (Roshamon, 1950) to the Heroic Bloodshed of John Woo (The Killer, 1989), the madcap love songs of Wong Kar-Wai (Chungking Express, 1994) to the modern day wuxia of Zhang Yimou (Hero, 2002) and, finally, to my favorite of the bunch, the one-of-a-kind odysseys of Kim Ki-duk (3-Iron).  3-Iron is one of the wildest rides I ever took as a moviegoer, and it’s pretty much always the first thing I force people to watch when I get some time alone with them.  A disaffected and mute man spends his days taping take-out menus to the homes he comes across, only to come back later that night and temporarily live in the ones whose owners have clearly stepped out on vacation.  Rather than rob them blind, he tends to their plants, cleans their kitchens and always is sure to leave a parting gift he makes himself.  One day, however, he finds that his chosen home isn’t abandoned, but rather occupied by a brutalized woman who he takes on the road with him starting the strangest love story ever captured on film.  With Parasite (2019) still very much on everybody’s mind these days, every now and again you’ll find somebody eager to ignorantly blurt out “why does Korea keep making all of these violent films,” not realizing that that is rather an indictment of American distributors and American audiences who only seem interested in a particular subset of Korean films that fit their uniquely American tastes.  3-Iron is a soothing tonic for the soul when confronted with such racist blather, reminding us of all the tenderer and more loving stories that come from that country and are available to us if we only think to look for them.

Suspiria (2018) – I suppose that I have unofficially made August “witch month” around here.  Coming off of the recent defense of my master’s thesis on the topic, I’ve taken the opportunity recently to draw attention to Haxan (1922), Viy (1967), Suspiria (1977), Antichrist (2009), The Love Witch (2016) and now Luca Guadagninos remake of Dario Argento’s Suspiria.  The topic, far from exhausted by these few offerings, is a robust and fascinating entry into the horror canon, and especially in that of horror films of the last ten-or-so years.  Guadagnino’s Suspiria, seemingly with that in mind, has tightly packed itself with every last scrap of politically-, socially- and historically-charged meaning it could possibly scrounge up: including, but not limited to the Holocaust, denazification, the Berlin Wall, the Lufansa hijacking, the Baader-Meinhof gang, Jungian psychotherapy and Mary Wigman’s Hexentanz.  While it does not always succeed at the tall order it has set out for itself, the attempt is admirable and ultimately works far more often than it fails.  And being so jam-packed with content, the film allows you to endlessly chew over every last thing that it’s about, and is far more compelling on the rewatch than most other major films released in any given year.