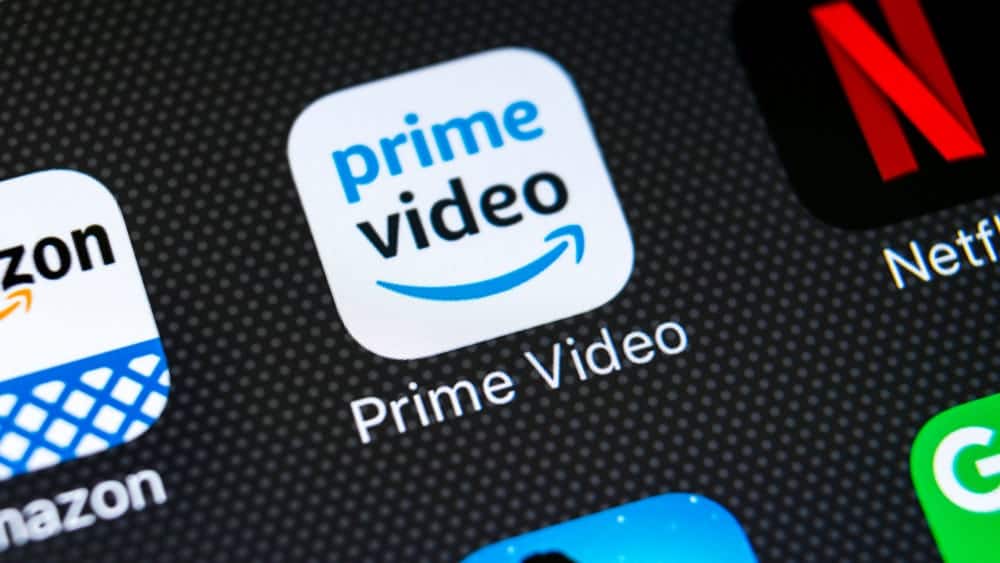 So now that we’ve gotten what I consider to be the two elephants in the room taken care of in this ‘streaming in the time of the Caronavirus’ moment that we’re having (for the record, those would be Netflix, the culturally ubiquitous and generally populist-leaning streaming giant, and the Criterion Channel, the ultra-niche foreign / classic / arthouse provider whose whole appeal is the bespoke and curated nature of its streaming library), we can get to the bountiful offers from the rest of the pack (in this case, the collective libraries of Amazon Prime, Hulu, Disney+, Shudder and maybe Kanopy).Â  As to why I’m leading with Amazon Prime… well, the parallels to Netflix’s deep penetration of the marketplace seems like reason enough (it is, after all, parasitic service attached to the online ubiquity of Amazon Prime, which seemingly every household has whether or not they really want it.Â  It also is notable for having perhaps the largest and most eclectic library of the remainder of its competition, putting its quality somewhat on-par with the Criterion Chanel.Â  So in as much as it splits the difference between those first two foci pretty well (to say nothing of the countless other add-ons you can get for it connected with even smaller and more niche services), it seems the next logical place to go. 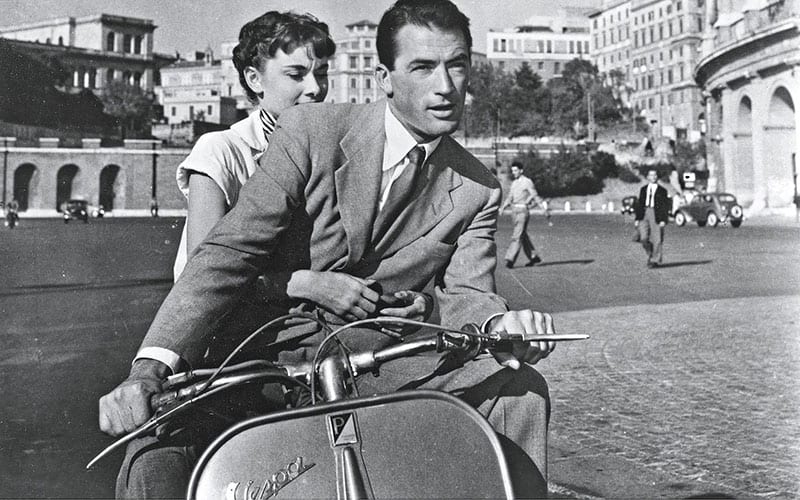 Roman Holiday (1953) — More so than basically any other streaming service save for the Criterion Channel, Amazon Prime offers a vast wealth of foreign-language and especially classic Hollywood movies: things that you just can’t easily access anywhere else.Â  And with modern day movie trends being what they are, the ‘straight no chaser’ romantic drama has pretty much all but died, with the entire romantic genre either being targeted to doomed teen love stories like The Fault in Our Stars (2014) or minor subplots in both blockbusters and prestige films alike.Â  Roman Holiday, however, is pretty much the quintessential star-crossed-lovers pairing ever committed to film.Â  It is a deep and thoughtful story (written in secret by legendary black-listed writer Dalton Trumbo) that tackles its characters and their developing relationships with a degree of maturity and sincerity that is often lacking in other films.Â  It’s smart and sassy and a deal more serious that contemporary audiences are likely to expect.

The Great Escape (1963) — Having long since been granted the greatest honor that one can bestow on a motion picture (for the record, that’s being my father’s favorite film), I’ve probably watched this movie more than any other in my tenure as a film fan.Â  It’s not that it’s some singularly unique masterpiece that does things that nobody’s ever dared to do, before or since, but rather that it takes its fairly straight-forward premise — which, for the record, is a real-life POW prison-break in German-occupied Poland — and executes it with an unparalleled level of polish and pizazz.Â  Directed by John Stirges (of The Magnificent Seven fame, incidentally another one of my dear old dad’s favorites) and featuring an expansive all-star cast consisting of Steve McQueen, Richard Attenborough, Charles Bronson, Donald Pleasence and more, it is a thrilling and incredibly quotable wartime drama that’ll finally show you where that one great, Forrest Gump-a-like cutaway gag in Once Upon a Time in Hollywood (2019) came from.

Deep Red (1975) — The problem with non-American movies is that so many American moviegoers are instantly put-off by the scant notion of having to read subtitles, what now-Academy Award winning director Bong Joon-ho referred to as “the one-inch tall barrier” that prevent picky moviegoers from “be[ing] introduced to so many more amazing films” earlier this year (which, lets face it, is an issue more with the moviegoer than with the movie itself).Â  But for as much as I tend to gripe about it otherwise, mid-century Italian movies, which overdubbed everybody’s dialog and released to audiences solely in English (and thus remove the miniscule barrier for us), do serve as excellent gateway movies into foreign markets.Â  And while more Americans are likely to be familiar with Spaghetti Westerns than anything else, there is also the madcap world of the giallo film that seems ripe for exploration in these trying times: stylish, horror-mysteries that generally split the difference between a Slasher movie and a Police Procedural.Â  Although there are many dark, twisted and utterly bizarre movies to choose from in this uniquely Italian genre, director Dario Argento’s Deep Red — which focusses on a generational mystery that erupts following a psychic’s mysterious death — is probably my favorite of the bunch.Â  You get the work of one of the genre’s mainstay director’s, a visceral murder mystery that’s bound to keep you guessing until the last few minutes and a genuinely kickass soundtrack that’s bound to stay firmly lodged in your forebrain long after the credits start to roll. 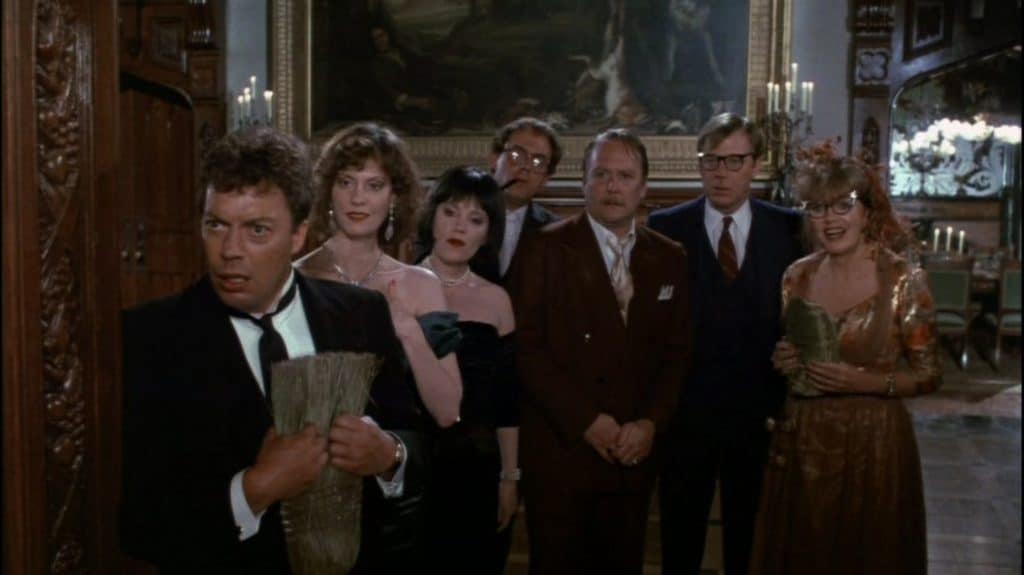 Clue (1985) — Sometimes, though, you don’t want to challenge yourself.Â  Sometimes you want the cinematic equivalent to a grilled cheese sandwich and a piping hot bowl of tomato soup.Â  Sometime you just want to watch Tim Curry run around a mansion for a couple of hours with a colorful cast of outrageous characters.Â  For those times, when cinematic comfort food is necessarily the film du jour, you want Clue, a madcap whodunit that I’ve spoken about at some length before in connection to Rian Johnson’s Knives Out (2019) (but which always warrants a recommendation all the same).Â  And if you have kids to keep entertained while on lockdown?Â  Here’s the perfect entry-point to a lifetime obsession with perennial oddball Tim Curry.

The Handmaiden (2016) — If it wasn’t already apparent, I am desperately in love with South Korean films, and the fact that Best Picture winner Parasite (2019) is having a moment right now is more than enough reason to keep recommending other great films from that country that you may have missed over the past few decades.Â  One that I feel made a slightly bigger footprint than most (but certainly not nearly so large as it should have) comes from Oldboy (2003) director Park Chan-wook, whose status in his native country’s film industry is nothing short of legendary by this point.Â  Emblematic of the kinds of Korean movies that Americans have consistently proven that they have an appetite for, The Handmaiden (whose title seems to deliberately call back to the Korean classic The Housemaid, currently streamable on the Criterion Channel) is a dark and twisted tale of sex, death and revenge that you absolutely want to make sure that your kids aren’t in the room to see.Â  But late at night, with the little ones carefully tucked away and the lights cautiously dimmed, it is an engrossing, one-of-a-kind experience that you and your loved one are unlikely to ever forget.