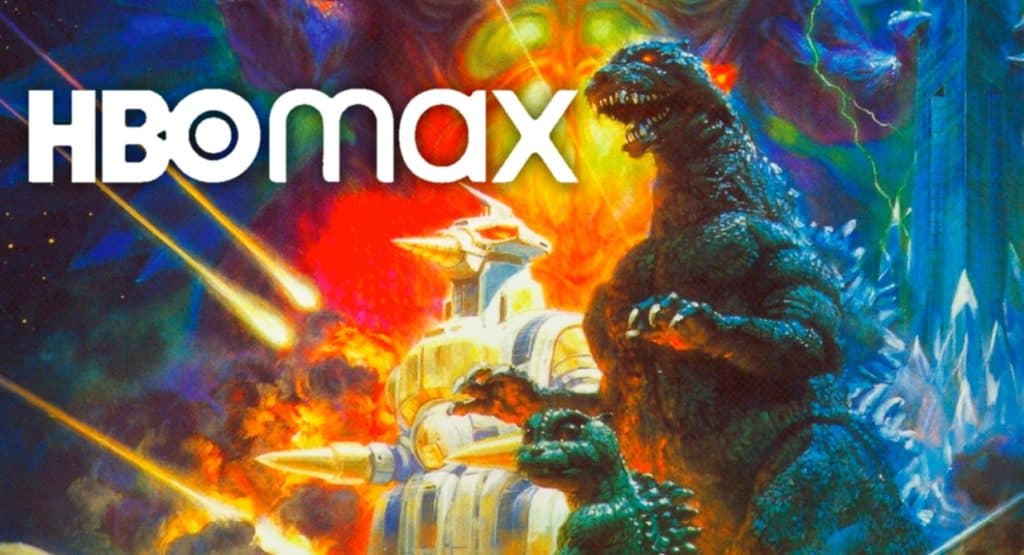 As a streaming service, HBO Max is the definition of a mixed bag.  On the one hand, it doesn’t work with most streaming devices, its content can be weirdly spotty in places (it has nearly no DC movies, all of the Harry Potters rotated out, its licensing its best content from third parties that it will doubtless lose before too long) and its level of curation is virtually nonexistent.  What it does have, though, are movies, and it has those in spades.  For as frustrating as the experience of finding something to watch on HBO Max is, the Warner archives are dark and deep and have many of the top-shelf movies that most moviegoers are aching to see.  And, in the end, those deep wells of content are what people are hear to see. 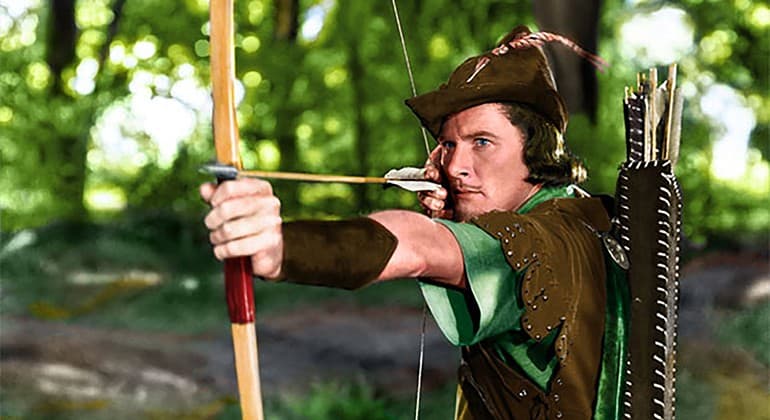 The Adventures of Robin Hood (1938) – We’ve lost so many movie legends this year that I’ve almost become numb to the seemingly weekly experience of bad news coming in about this actor or that director meeting an untimely end.  One of the most recent losses that we’ve suffered is the death of Olivia de Havilland: a towering talent from old Hollywood and the last living link to the gossamer glam of the now-historic Studio Era.  She lived a singular life – taking on the studios themselves and actually beating them (in fact, the “de Havilland decision” still governs contract law in California today and was the reason why Richard Linklater was legally unable to actually sign any of the cast or crew for Boyhood and instead had to rely on their word that they would return year after year to complete the film) – and she will be desperately missed in the coming years.  There are many great classics to choose from in her expansive filmography, and while many would naturally be eager to name-drop Gone with the Wind (1939) here, I’m more inclined to recommended one of her better movies (seriously, outside of Hattie McDaniel’s beguilingly subversive performance and the burning of Atlanta sequence, there’s not all that much to recommend with that movie).  Rather, your time would doubtless be better spent unearthing this classic swashbuckling adventure film made the year before: in which de Havilland features in brilliant technicolor opposite a roguish Errol Flynn.  It may lack much of the prestige and infamy that has always surrounded Victor Fleming’s Lost Cause propaganda flick, but it is on balance the better film: fun and funny and fully possessed of everything that was worthwhile about the oftentimes stifling Studio system (which nevertheless cranked out decades worth of classic cinema).

The Treasure of the Sierra Madre (1948) – One of my favorite collections to go through over the last month has been the Criterion Channel’s seemingly paradoxical “Western Noir” films: dark, nihilistic takes on a quintessentially American genre which often aimed to depict the invasive colonization of the American interior as a romantic expression of the pioneer spirit.  In many ways working in that same milieu, The Treasure of the Sierra Madre acts as a hauntingly more modern companion piece to the likes of The Walking Hills (1949), Lust for Gold (1949) and The Naked Spur (1953).  In it, industry veteran Humphrey Boggart devolves into a maddening greed when he strikes it rich with two other men in the Mexican desert.  A powerful study in human inequities recognized as being one of the best ever made by such rarified company as the American Film Institute, the Writers Guild of America, the National Film Registry, Roger Ebert, Stanley Kubrick, Edgar Wright and Spike Lee (the last of whom drew deeply on the premise for his most recent film, Da 5 Bloods), The Treasure of the Sierra Madre is as stirring today as it was all those decades ago. 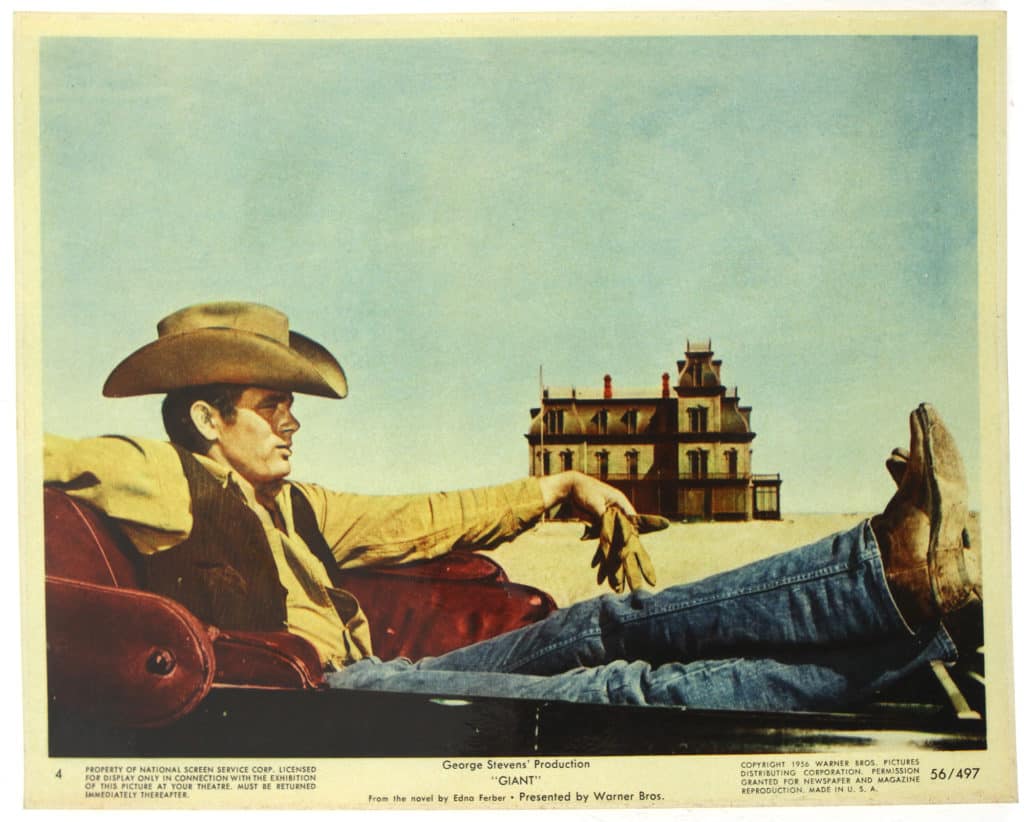 Giant (1956) – When discussing James Dean, everybody always seems to begin their praise of the short-lived superstar with his iconic turn in Nicholas Ray’s Rebel without a Cause (1955): and for good reason too, because that film is genuinely one of the best to ever come out of Hollywood and Dean is an absolute revelation as a struggling teen trying to do the right thing in a world seemingly fated on letting him down.  I would not say, however, that Rebel is Dean’s best film.  In fact, it might not even be his best performance.  Coming in a year after the fact is Giant, an epic family melodrama that sees the young actor as a ranch hand-cum-oil hound constantly at odds with his former employer (a wealthy cattle baron played by Rock Hudson) and magnetically drawn toward his young and kindly wife (an East Coast émigré played by Elizabeth Taylor)..  Although it hardly contains the bombast of his red leather renegade, Giant shows us a far subtler, more lived-in version of Dean, toning down his explosive energy so that we might appreciate the depth and breadth of his talents drawn out over a full lifetime.  In a career that lived out over only three films (these two plus East of Eden), and one of which could justly be considered a masterpiece of in its own right, Giant was his most towering accomplishment as a performer. 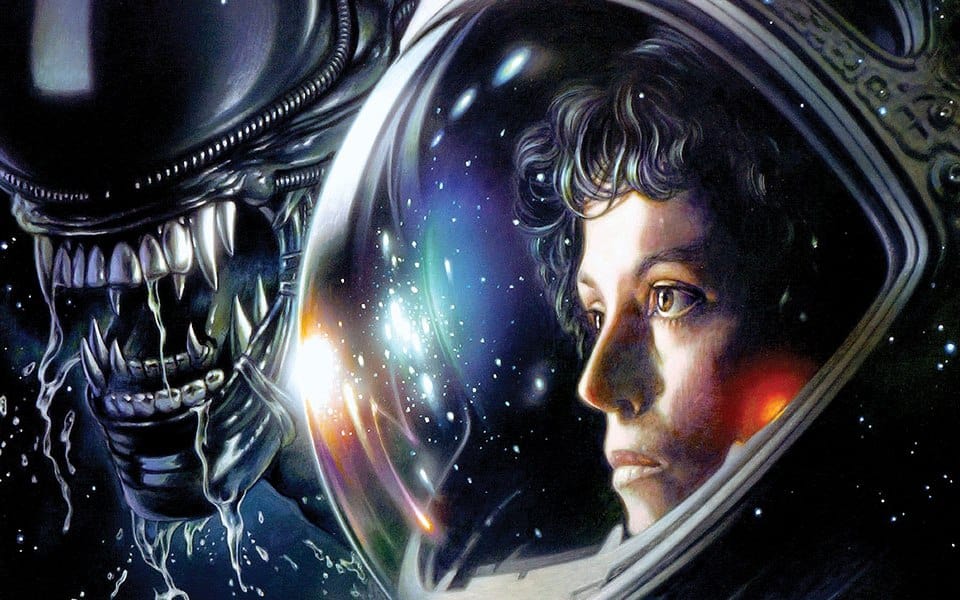 Alien (1979) – Sometimes movie are big and complex and beloved because of the sheer cosmic scale upon which everything is drawn: movies like Giant (1956), Lawrence of Arabia (1962), 2001: A Space Odyssey (1968), The Lord of the Rings (2001-2003) and The Tree of Life (2011).  Other times, however, simplicity is the key; other times, the movie works precisely because it has been honed down to a simple razor’s edge and is simply the very best at the simple tasks it sets out to accomplish.  There’s nothing complicated about why Jaws (1975) is such a great film, it’s simply the best Shark movie it could be.  There’s nothing complicated about why Halloween (1978) is such a great film, it’s simply the best Slasher movie it could be.  And there’s nothing complicated about why Alien is a great movie, it’s simply the best Alien movie it could be.  No frills, no add-ons, nothing that wasn’t absolutely necessary in the first place.  Famously pitched as “Jaws in Space,” the first movie of the franchise that would eventually come to include militant hoards, insectile royalty, interspecies hybrids, mad scientists and genocidal robots, is very simply about how “the crew” on “the space ship” working for “the company” needs to kill “the Alien” after making the mistake of letting it come onboard in the first place.  And, very simply, they perfectly execute every last element of that script, further elevated by the jaw-dropping production and creature design courtesy of H. R. Giger (allegedly repurposed from Chilean director Alejandro Jodorowsky’s aborted Dune adaptation), the happy accident of casting Sigourney Weaver in a role initially written for a man.  It’s basically like chocolate a peanut butter: you don’t need any more explanation than that as to why everything’s so good together, they just are. 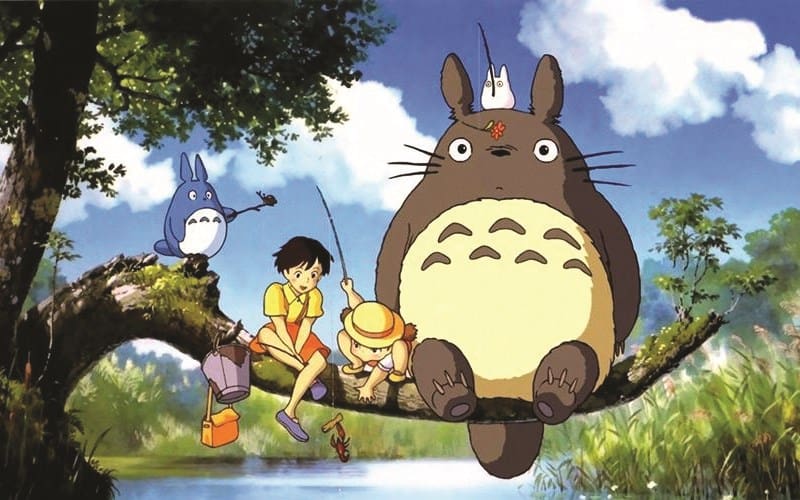 My Neighbor Totoro (1988) – While far from my favorite Miyazaki movie (that would actually be 1997’s Princess Mononoke), there’s a reason why My Neighbor Totoro is as beloved and iconic as it is.  Originally released in a double bill with Grave of the Fireflies (1988) of all movies, My Neighbor Totoro is the heartwarming story of an imaginative young girl who is forced to navigate her parents’ absence, her much younger sister’s dependence and the lingering aftershocks of World War II through a prism of childish wonder and magical realism.  Befriending a Snorlax-like troll named Totoro, a Chesire-like “Cat Bus” and several other mystical forest creatures, the film follows her and her sisters’ adventures through their new home and surrounding countryside, culminating in a desperate race against time and tragedy.  After nearly six months of pandemic-induced lockdown, canceled plans (canceled school years) and absent loved ones, Totoro has taken on a new and poignant significance in our (and our children’s) lives, allowing us all to maybe process our current circumstances through the wide and teary eyes of a child just as desperate to process her own. 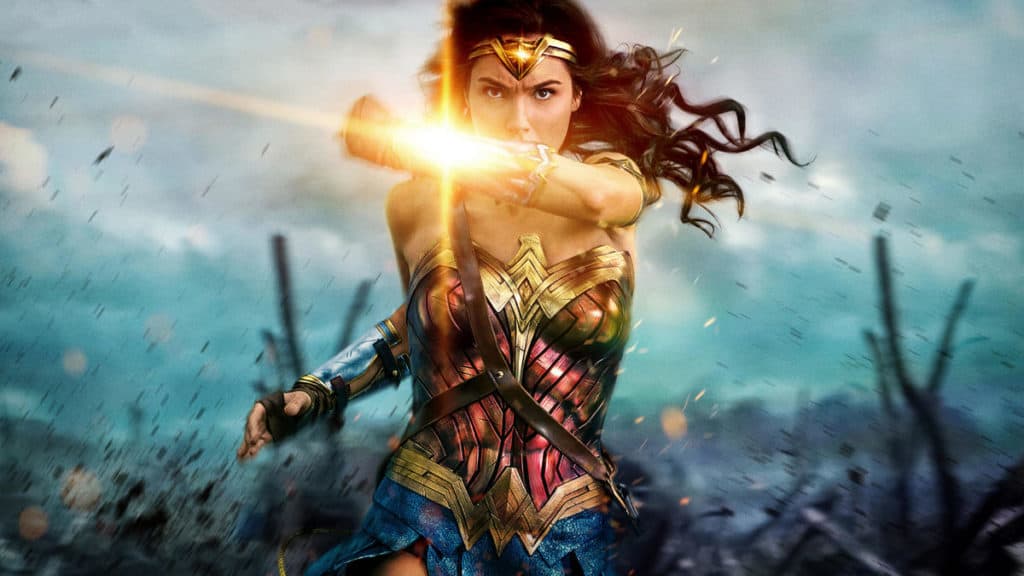 Wonder Woman (2017) – It’s genuinely strange that HBO Max doesn’t have a better and broader selection of DC movies for us to choose from.  It is, after all, a proprietary, vertically-integrated streaming service, so there’s no reason why they wouldn’t (or shouldn’t) be there.  After all, it’s doubtless what many subscribers are paying to see… right up until they don’t.  Thankfully, they do still have a few bangers for you to choose from, including their now-iconic female-fronted features.  It killed me to have to choose between Wonder Woman and Birds of Prey (2020), but I eventually opted to shout out DC’s unlikely homerun from their long dark night of the DCEU’s first phase.  After all, Man of Steel (2013) was one of the most wrong-headed blockbusters of the last decade, Batman v Superman (2016) was somehow even worse, Suicide Squad (2016) was perplexingly taken away from its director and given over to the company that put together the film’s dishonest trailer  for its final cut and Justice League (2017) was so damned bad that they gave director Zack Snyder another full movie’s budget just to recut the wretched thing into a watchable miniseries (that, judging from its first trailer, is going to be just as bad the second time around).  The one exception to this colossal mess was Wonder Woman: a film that pretty much only succeeded because it was seen as such a sideshow in the release schedule that they generally ignored it, leaving director Patty Jenkins with an uncommon amount of creative freedom to make the film both fun and relevant in ways that the preceding DC movies simply weren’t able to be.  Now, the film is far from a perfect one – on balance, it’s about as good as the Phase 1 Marvel movies, with the same perfunctory third act issues and forgettable final boss encounter as they had – but it decisively stuck the landing for a franchise in desperate need of a hit.  And with the new film allegedly hitting theaters in the near future (I’ll be seeing it either in a drive-in or on VOD, thank you very much), there’s never been a better time to touch base with what a good DC movie can actually look like when they’re trying.