Home
Movies
Quarantine and Chill: 5 Must-Stream Movies to Watch on Hulu in June 2020

The more that I explore what these streaming services have to offer, the more I realize that Hulu simply can’t compete with the other major contenders on quite the same level.Â  It’s definitely still worth keeping around, to be sure, it’s just that I don’t really know what it actively accomplishes at this point that one of the others simply doesn’t so better.Â  It’s majority-owned by Disney post-Fox buyout, so all of its really good stuff generally winds up on Disney+.Â  It doesn’t have the deep and varied offerings of the Criterion Collection or Kanopy.Â  It doesn’t curate as interesting of selections as Mubi.Â  It doesn’t have the same quality of exclusive and original content as Netflix.Â  It doesn’t have the same kind of deep pockets and varied offerings as Amazon Prime.Â  Hell, it doesn’t even offer the same broad entry-level content that HBO Max now does with the entire Warner Bros catalog (plus some extras by way of Turner Classic Movies, outsourced Criterion Titles and the Studio Ghibli library).

It’s just kind of… there.Â  Sure, it does a better than average job at nabbing high-profile new movies or interesting foreign movies, but everything skews so strongly in one direction that there’s not as much to fully recommend outside of its TV offerings and, well, those still have nothing on a good stretch of movies.Â  But there are gems yet to pull from it and, barring a subscription to some of the better options out there, some fun flicks to put on as you countdown endlessly to the world opening back up again. 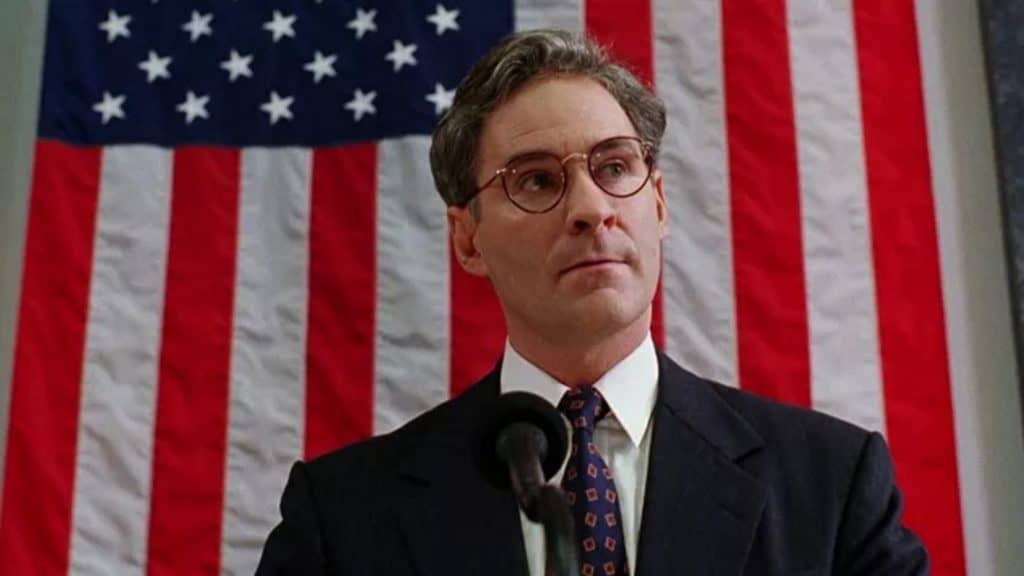 Dave (1993) — The country is a mess right now, that much should be obvious.Â  A lethal pandemic is raging with no end in sight, the economy is in a freefall, the cities have (justly) risen up against a decades-long onslaught of police brutality and with Trump hiding out in his White House bunker instead of actually doing something (anything) to fix things, we are all basically just passengers on a rudderless ship jostling violently in an all-consuming storm.Â  And that’s where Dave comes in: a punchy little dramedy fronted by the effortlessly charming Kevin Kline about a presidential body impersonator cum body double who, through a series of coincidences, ends up in charge of the United States.Â  Realizing that he can use his newfound platform to do some actionable good in the world, he bucks against the protestations of his handlers (the White House Chief of Staff and Communications Director respectively) and does the right thing.Â  It’s a fun, easy-going movie that reminds us just how much difference one good person can make if they get a real opportunity to.Â  And, looking around, we could really use one right now. 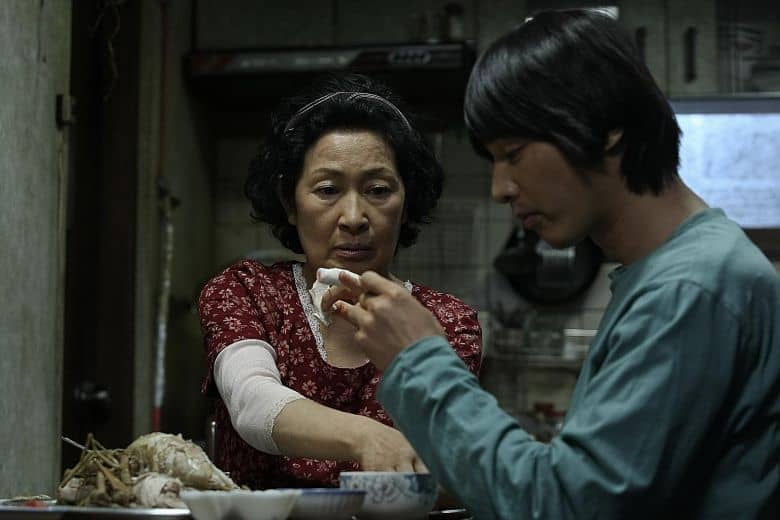 Mother (2009) — Most people probably came to Bong Joon-ho with his rampantly popular monster movie The Host (2006), whose monster was immortalized by a riverside statue in the city of Seoul, his more American-friendly Snowpiercer (2014) / Okja (2017) or, most recently, with his history-making Best Picture winner Parasite (2019).Â  For me, however, it was Mother that first caught my attention, a comparatively grounded crime thriller that has more in common with the similarly overlooked Memories of Murder (2003), which takes a Zodiac (2017)-like approach to depicting South Korea’s first serial killer’s frenzied rampage.Â  In this later film, however, we follow the desperate investigation of an older woman whose mentally challenged son is arrested for a murder she knows he didn’t commit.Â  Although not as flashy as some of his other films, it is a compelling drama with a few twists that keep the proceedings lively enough through its relatively robust runtime. 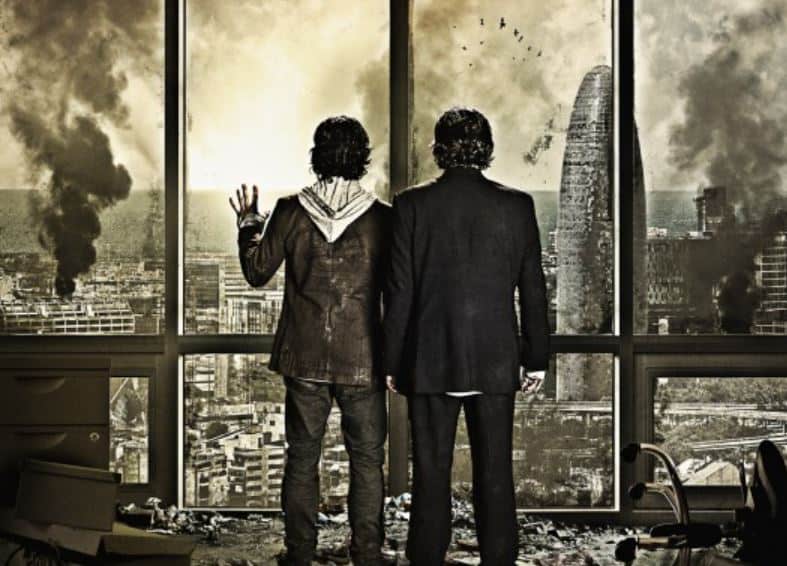 The Last Days (2013) — Now here is a movie for 2020 if there ever was one.Â  The Last Days focuses on the fallout surrounding an inexplicable apocalyptic event: for seemingly no reason whatsoever, the entire population of the planet is stricken with acute agoraphobia.Â  They are terrified of leaving their homes, offices, cars and wherever else they happen to be stranded when it hits, and going outside causes such violent panic attacks that anybody who does outright dies from the strain of it.Â  This in turn leads to a sprawling, subterranean odyssey where a group of survivors must navigate through offices, subway tunnels, sewers and the like to get back home and guard themselves against a world gone mad: the perfect shelter-in-place horror movie!

If Beale Street Could Talk (2018) — 2018 was a downright embarrassment of riches when it came to non-white filmmaking in the US (at least compared to the paltry offerings that we usually have to contend with).Â  Bolstered by the success of Barry Jenkins’ Moonlight (2016) at the Oscars two years prior, seemingly every studio was made aware overnight that black filmmakers existed and they were good at their jobs.Â  And while there were plenty to choose from for that year on Hulu alone — I very nearly selected Sorry to Bother You (2018) for this list, which you all should definitely see — it was Barry Jenkins’ tender, intimately-drawn and, in some respects, superior follow-up to Moonlight, a dizzyingly subtle adaptation of James Baldwin’s If Beale Street Could Talk, that won out in the end.Â  The film is, for lack of a better word, perfect, and gives some of the most fully-rendered portraits of mid-century urban life that have ever been committed to film.Â  How it failed to draw more Oscars attention that year I will never be able to figure out.

Shirley (2020) — Despite the complete shutdown of movie theaters across the country, the film industry soldiers on.Â  Some movies get pushed back, others willfully stick to their scheduled release dates (hoping against hope that things will normalize by then, which they won’t) and others get shunted to the low-rent world of VOD.Â  Shirley, one of the year’s best-made movies by a long shot, ranks among the latter.Â  Ostensibly a highbrow biopic detailing the formative days in which famed horror author Shirley Jackson hammers out her first novel, which also happen to coincide with a young couple arriving as her and her husband’s prolonged houseguests and sometimes housekeepers, it more often plays out like an unsettling exploration of mental instability, sapphic desire, mutually toxic relationships and the manic unpredictability of the creative process.Â  It tells a compelling story in a manner closer to a low-grade genre film than the prestige drama that it, at its core, aspires to be, which makes it a refreshing entry into the often tawdry world of biopics as a whole (although it will doubtless turn off some of its more aesthetically conservative viewers).Â  And be sure to look out for Elizabeth Moss’ name when the end-of-the-year nominations come out, because she’s been one of the best and hardest working actresses in the business for a few years now and between this and Invisible Man (2020), she’s due for more attention than she’s thus-far received.