Home
Movies
Quarantine and Chill: 5 Must-Stream Movies to Watch on Hulu in May 2020 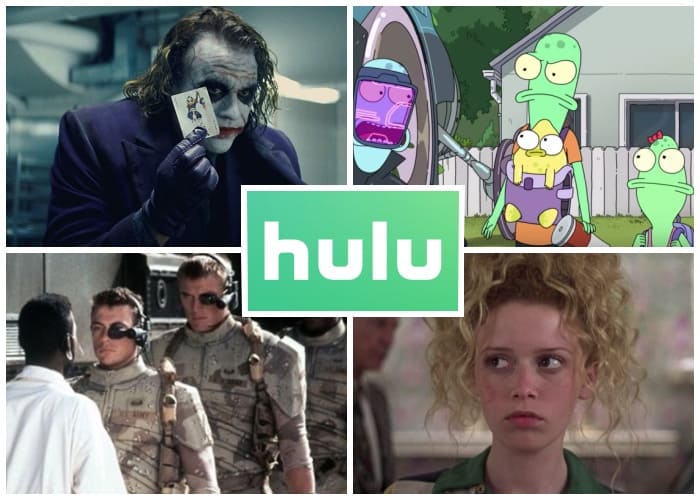 Another day, another movie watched under quarantine (or in my case, three) while the good summer weather mocks you from the other side of the window.Â  It’s hard out there right now — there’s no denying that — but at least my ever-expanding quarantine watchlist makes it a little easier to bear.Â  And over on Hulu, there’s plenty to get excited about that should hopefully tide you over for another couple of months (or however long it actually does take to hammer this thing down into the ground for good).

The Graduate (1967) — Although the old studio system of the early twentieth century didn’t well and truly die until the end of the decade, 1967 dealt the killing blow that eventually caused it to bleed out over the next three years.Â  Up there with the decidedly old-school, studio-backed Doctor Dolittle (which got a Best Picture nomination due entirely to the strong-armed backroom dealing of Disney), the Academy Awards for that year featured the progressively messaged Guess Who’s Coming to Dinner, the hard-edged crime thrillers Bonnie and Clyde and In the Heat of the Night and The Graduate, a gripping sex-comedy about arrested development and generational tensions running rampant in the larger society.Â  Although certainly an interesting watch now-adays, The Graduate nevertheless serves as a crackerjack film that speaks to tensions between Boomers and spawn, up-and-coming Zoomers and their place in the world and the eternal quest for love and companionship in our hallowed-out husk of a modern world.Â  Even more than fifty years after its release, it really does feel as if you cannot properly appreciate the movies coming down the pipeline today without first having seen this cornerstone feature. 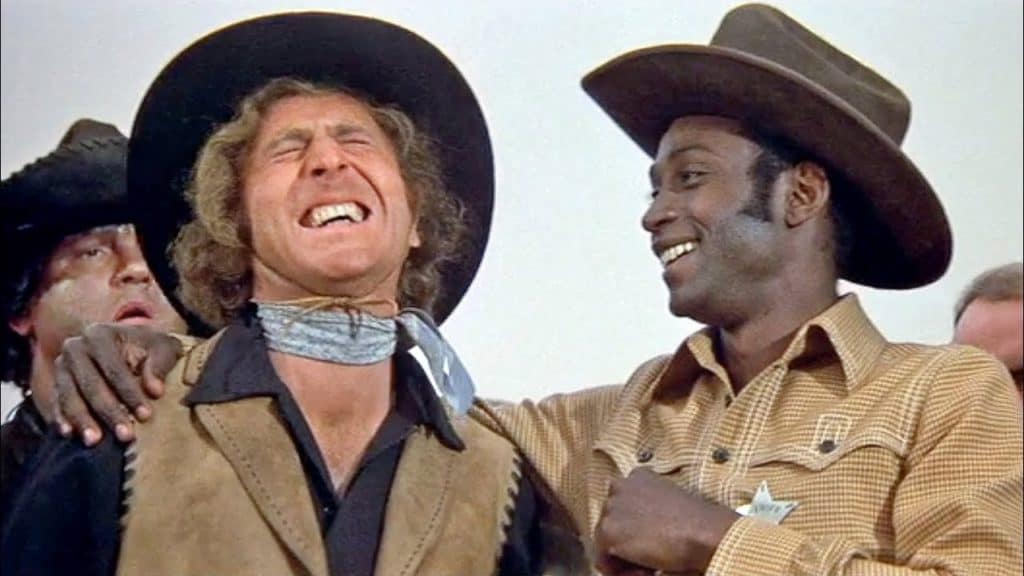 Blazing Saddles (1974) — Although the same people who love to claim that “you can’t make a Mel Brooks movie anymore” are far more likely to be the same people who made Joker (2019) a billion dollar hit rather than those who made Jojo Rabbit (2019) a slowburn Oscar favorite last year, the fact remains that we really aren’t getting many movies in the “take no prisoners” school of comedy these days.Â  And while, yes, a lot of that has to do with the idea that most of the producers of said comedies tend to be sexist, racist, bigoted, rich white men punching down at women, sexual and racial-ethnic minorities and the impoverished, that really wasn’t the case with Mel Brooks, who used his sharply-honed talents to create incendiary works of socially-conscious art that specifically sought to take down the generational stalwarts of unequal racial, economic and social structures that have historically targeted women, sexual and racial-ethnic minorities and the impoverished.Â  Case in point is Brooks’ second-best 1974 comedy starring Gene Wilder, which took aim at the generationally omnipresent Western genre (warts and all) and cold-cocked it hard enough to essentially put it to bed for the last fifty or so years.Â  And, fan of the genre or not, it is executed with such rapacious wit, charm and maybe even a kind of tough love that it feels every bit as fresh today as it did back when it was first unleashed onto an unsuspecting public.Â  And Lord knows that we could all use a good laugh right about now. 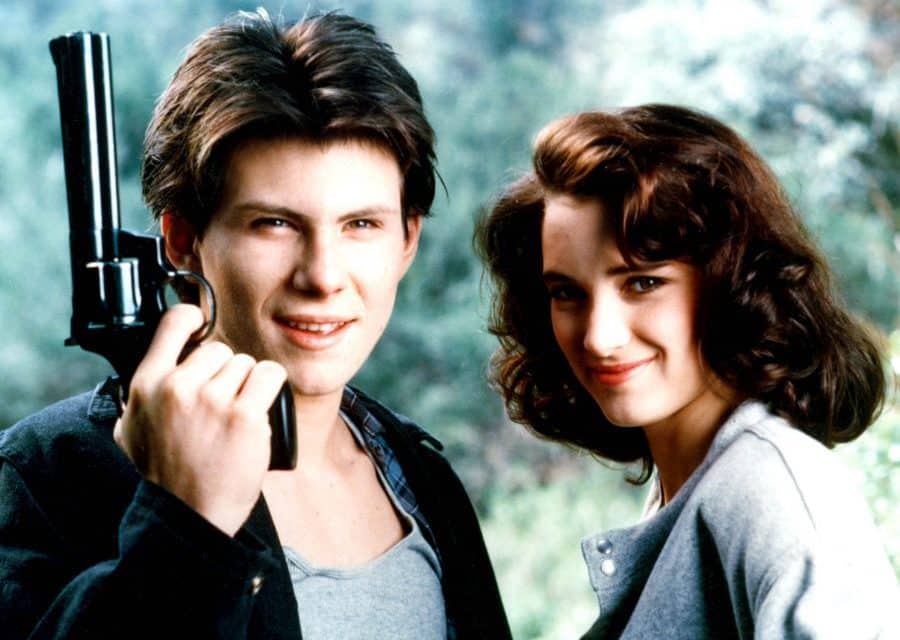 Heathers (1989) — The 1980s was a Hell of a time to be alive.Â  And although I pretty much only caught a contact-high at the late end of the decade, so much of its bizarre texture was seeped into the everyday fabric of my formative years that I can hardly pass up the opportunity to give this darkly satirical high school tale a hearty recommendation when it pops up in my Hulu feed.Â  Fun, funny and entirely deranged, this delirious send-up of high school, tight-knit teen social politics, love, death and our collective responses to trauma and grief feels both like it was made decades ahead of its time and that watching it falls decidedly under the banner of “too soon.”Â  It might not be an easy watch depending on your particular circumstances, but it is nevertheless a transfixing portrait of adolescent angst and quite possibly the best (or maybe worst) thing to jump headlong into during these trying times.Â  Just don’t say that I didn’t warn you. 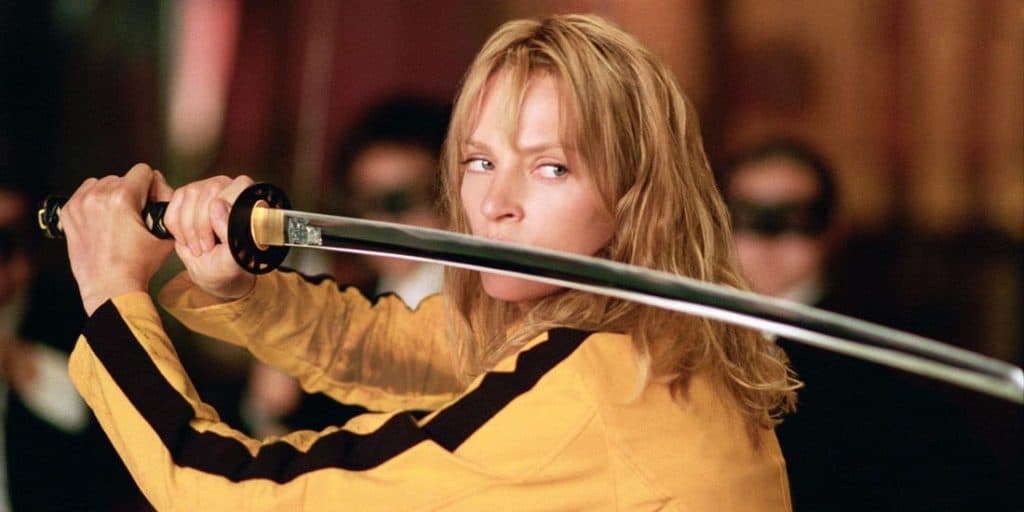 Kill Bill: Volume 1 (2004) — Sometimes you want to get into a certain kind of cinema but don’t know where to start: it’s just that far outside of your usual wheelhouse.Â  Maybe they’re Samurai movies.Â  Maybe they’re Kung Fu movies.Â  Maybe they’re Spaghetti Westerns or Rape Revenge movies.Â  Maybe they’re grimy grindhouse schlock or maybe they’re turn-of-the-century indies.Â  Well, lucky for you, Quentin Tarantino’s here to ease you into the wider world of the weird, half-remembered and completely-forgotten movies that shaped his unique cultural affectation.Â  Although hardly a flawless masterpiece in its own right, this movie (and its sequel, also available via Hulu) are a great entry-point for the genre-curious among you.Â  Not only kick-ass and fist-pumpingly awesome movies in their own right, but deliberate callouts to the Lone Wolf and Cub series, the Lady Snowblood movies, The Bride Wore Black (1968), Game of DeathÂ (1978) and many, many more classic, foreign and under-the-radar flicks serve as the perfect gateway movie to the kind of movies that, well, turn you into Quentin Tarantino, pretty much. 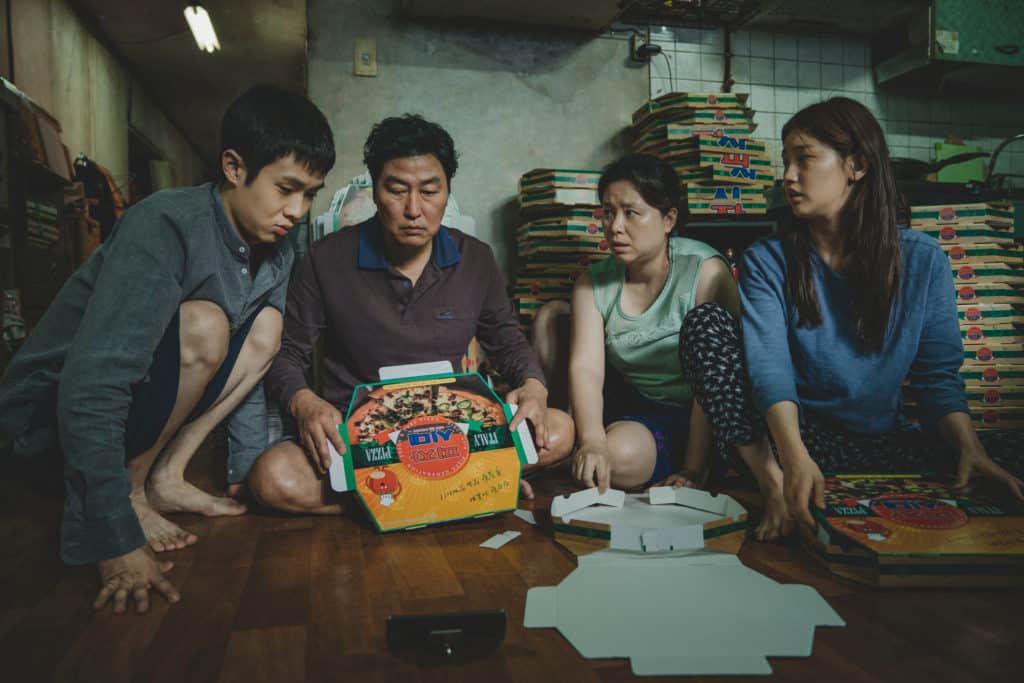 Parasite (2019) — You didn’t think that you’d make it out of a Hulu quarantine recommendation in what has been officially dubbed The Year of Parasite (officially by me, at any rate) without me shouting out the movie that kicked this whole crazy year off, did you?Â  Parasite, director Bong-Joon Ho’s now-legendary, genre-shifting, takedown of capitalism that somehow seems even more relevant now, three months after its historic Best Picture win at the Academy Awards, than it did even in February.Â  A masterclass in everything that makes the films of Bong Joon-ho, his contemporaries (Park Chan-wook and Kim Ki-duk) and South Korea as a whole so utterly remarkable on the world stage, it is one of the most fiercely original, refreshingly brazen and filmically refined movies to come out of… well… anywhere, basically, in a good long while.Â  And by watching it first, you can get a strong sense of what the rest of director Bong’s filmography (most of which is now conveniently available on Hulu) has in store for you.