Home
Movies
Quarantine and Chill: 5 Must-Stream Movies to Watch on Shudder in August 2020 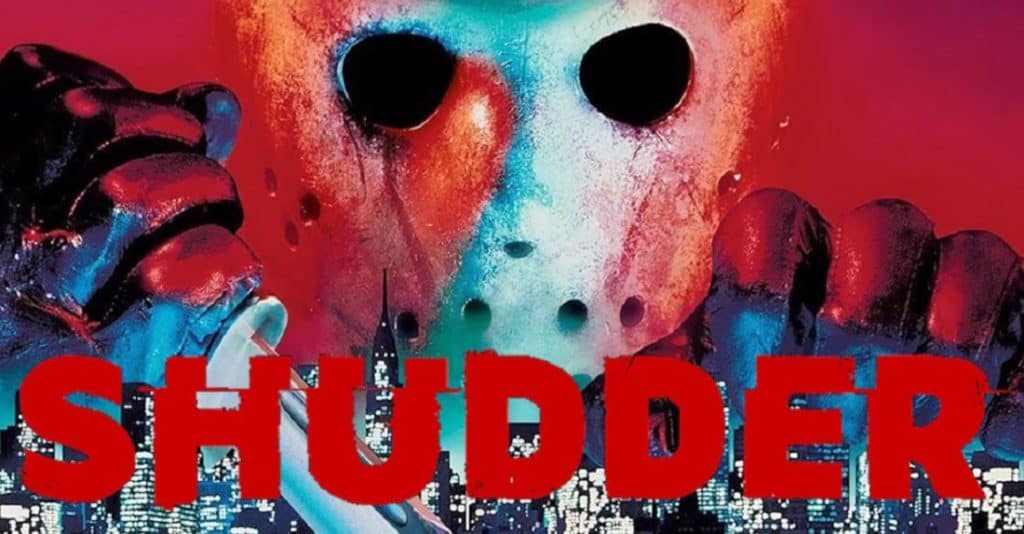 Even among the oftentimes suspect ranks of movies (relative to more “established” artforms like literature, live theater and music), horror movies are often dismissed by mainstream critics as escapist, lowbrow nonsense and bemoaned for “dumbing down [cinematic] content” (Bergesen 2016, 593) in the name of popular appeal. Horror movies, however, ultimately bear out that “a wider swath of potential viewers requires a wider span of cultural assumptions if all are to understand what is happening on screen” (Bergesen 2016, 593). In fact, scary movies can serve the vital “social function of speculating about societal fears and apprehensions” (Subissati 2010, ii).

For these reasons, and especially in these trying times, Shudder has felt like one of the timeliest and most essential distributors of quarantine-era entertainment.  It has tapped into the anxieties surrounding #MeToo, Black Lives Matter, the bloody-knuckled ascent of Trump to the White House and the lethal global pandemic that the United States continues to ignore as the death tolls continue to skyrocket.  As schools throughout the country continue to open up for a new schoolyear despite the unavoidable risks of in-person learning, Shudder continues to prove its essential worth in tapping into the psyches of moviegoers country (to say nothing of the world) over. 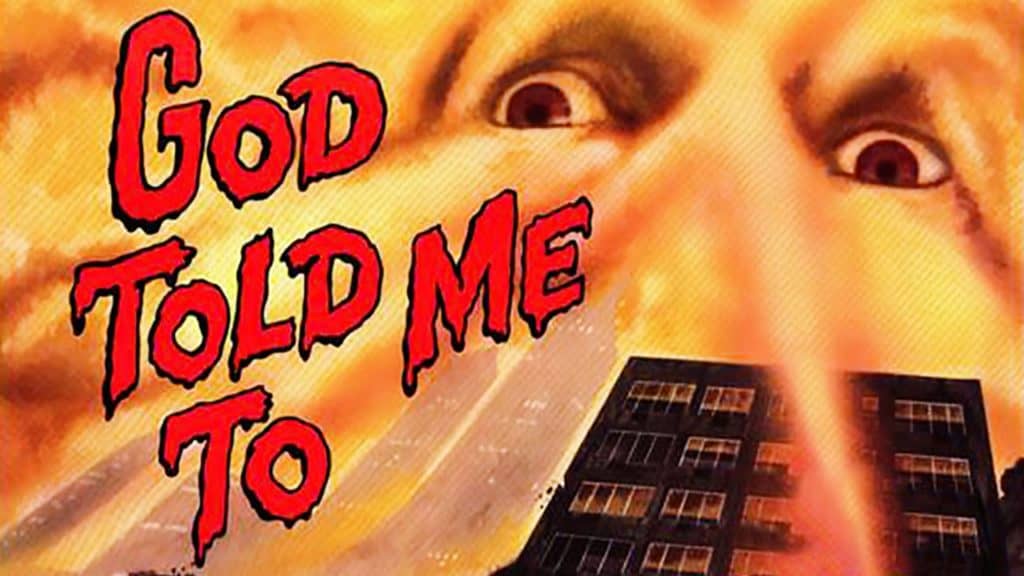 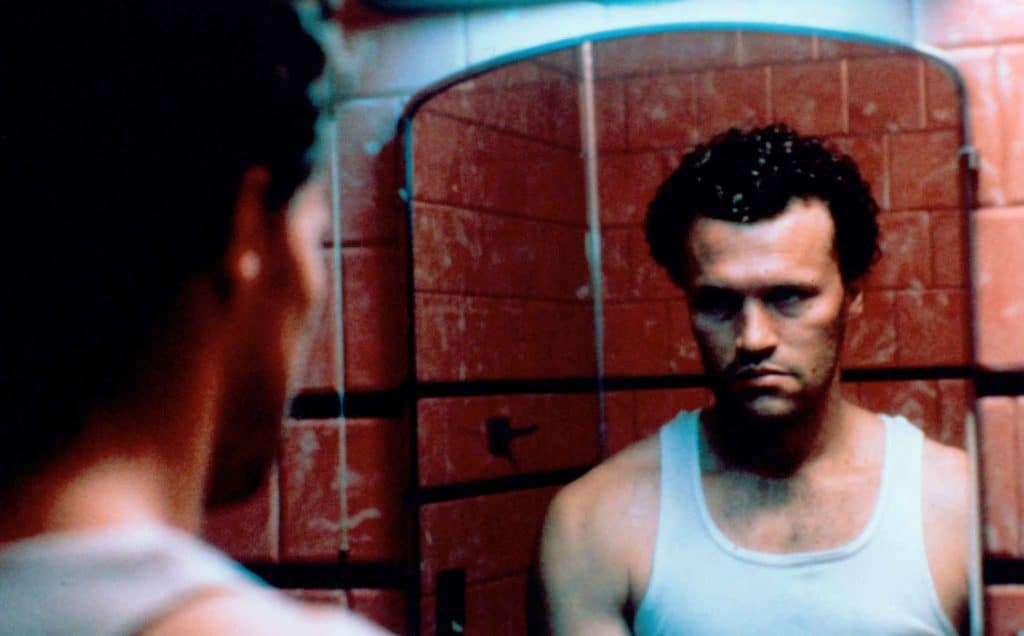 Henry: Portrait of a Serial Killer (1985) – While it might not seem it in retrospect – from a vantage point where we have the entirety of the New French Extremity in more-or-less easy reach – Henry: Portrait of a Serial Killer was at first thought to be so unremittingly extreme that it very nearly didn’t get released at all.  It sat on a shelf with an outright pornographic X rating and no distributor from its very first screenings in 1985 until it quietly eeked into theaters five years later.  And, to be fair, it is an incredibly bleak, nihilistic film, but no more so than similarly dark true crime films like Memories of Murder (2003) and Zodiac (2007), and those are both better regarded and more widely seen than this earlier entry.  Henry is a punishing film, yes, but it is every inch the kind of artistic endeavor as those films that followed it decades later, and deserves a chance to be rediscovered by the crime-obsessive moviegoers that made shows like Criminal Minds and podcasts like Serial household names. 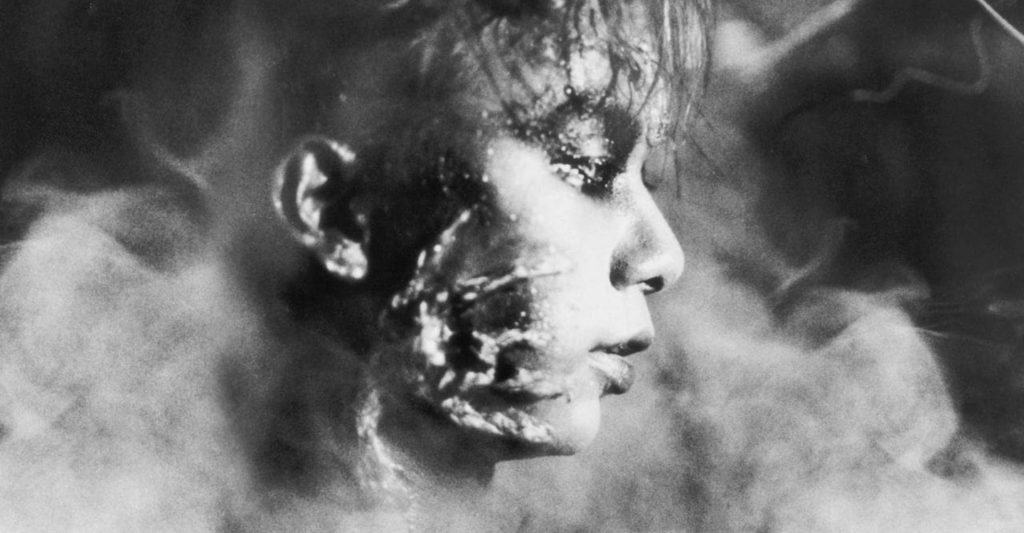 Tetsuo: The Iron Man (1988) – One of the things that I love about the horror genre is that the lower demands of budget and oversight make it a perfect laboratory for experimentation: to get really weird with the expected form of filmmaking.  It’s no wonder why horror is ground zero for filmmakers like David Lynch, David Cronenberg, Jordan Peele. Robert Eggers and Ari Aster.  It’s where what’s expected can really start to break down – if not dissolve entirely – and you end up with something monumentally special.  Taking up the mantle laid down years before by Nobuhiko Obayashi – which would be later taken up by the likes of Takashi Miike – Shinya Tsukamoto’s punk-rock body horror film, Tetsuo: The Iron Man, which was later followed up by Tetsuo II: Body Hammer (1992) and Tetuso: The Bullet Man (2009), is one of the craziest narratives ever put on film.  Fully omitted to its nightmarish steampunk aesthetic and the bizarrely Tokusatsu bent of its final act, it is a dazzling display of bone-deep terror that plays out like nothing else on the market.  Apocalyptic at its core, it strikes a nerve, now more than ever, deep in the heart of urban society. 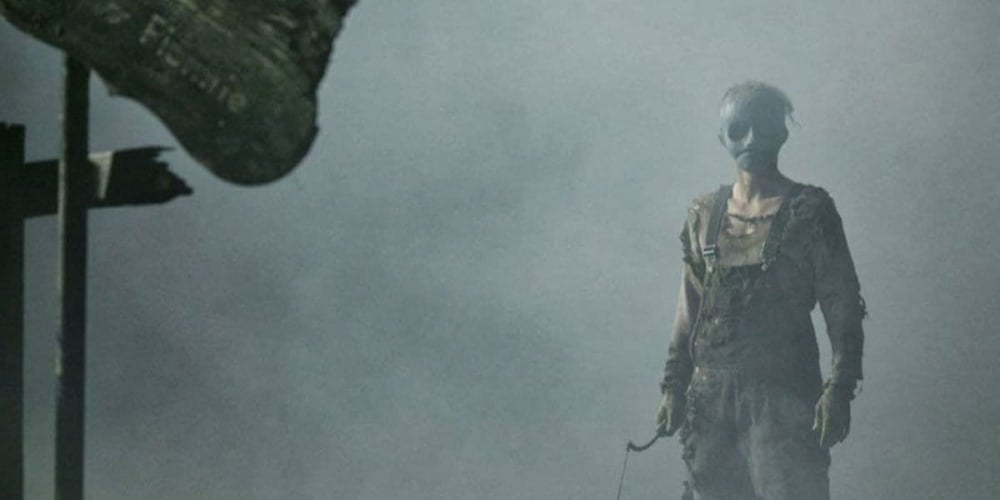 Behind the Mask: The Rise of Leslie Vernon (2006) – Coming into my own as a horror fan in the 90s and 2000s, there was always this defeatist sense that all of the great slasher movies were behind us already.  The American slasher cycle, which started in the late 70s (although its roots stretch all the way back to Psycho and Peeping Tom in 1960), had already dried up by the time that I was born.  All that seemed left to me were increasingly diminishing sequels to the major franchises and retro revivals like Scream (1996) and I Know What You Did Last Summer (1997).  And while it is true that the golden age of the subgenre is well and truly gone, that’s not to say that there isn’t still a few gold nuggets to be mined out of the form going forward.  My favorite of these latter-day slasher movies is easily the mockumentary Behind the Mask, which “documents” the rise of the latest masked killer to hit the scene.  Poking well-meaning fun at the genre’s conventions and adding a few clever twists of its own along the way, the film is everything that the Scream movies (especially the Scream sequels) always wanted to be but never quite managed to pull off.

Mandy (2018) – There’s a great Nerdwriter video essay where he talks about director Panos Cosmatos’s belief that time has no meaning anymore, that eras are aesthetics and that it is now the filmmaker’s prerogative to mine the depths of those aesthetics for their movies.  Of course, the video focuses largely on Cosmatos’s most recent feature, the Nicolas Cage-fronted Mandy, but the same could be said of Anna Biller’s 60s-remeniscient The Love Witch (2016) or Robert Eggers’s expressionistic The Lighthouse (2019) as well.  But Mandy really is something special, even among that admittedly rarified company.  This psychedelic film plays out more like a feature-length heavy metal album cover than a typical horror movie, mixing trippy visuals with Cenobite-alike bikers, Manson Family-esque cults and one of the most madcap Cage performances ever.  A perfect companion piece to everything from Altered States (1980) to Hellraiser (1987) to Cosmatos’s own Beyond the Black Rainbow (2010), Mandy is one of the most striking horror films to come out over the last decade, and will linger on your pallet long after the credits roll past and the lights come up in your living room.  Because while you may think that you’re done with Mandy, Mandy won’t be done with you for a long time yet.

Host (2020) – There has been much speculation about what movies will be like post-pandemic.  Will we get a lot of race-for-the-cure thrillers like Outbreak (1995) and Contagion (2011)?  Will we get a lot of claustrophobic potboilers like 12 Angry Men (1957) and 10 Cloverfield Lane (2016)?  Will people just want to escape into the world, like with Around the World in Eighty Days (1956) and The Trip (2010)?  The truth of the matter is that many of the best quarantine movies are already being made and marketed, and the future looks a Hell or a lot more like Searching (2018) than anything.  Host is a lean, mean, no-nonsense haunting movie that was made remotely during quarantine, with the actors acting as their own cinematographers and special effects artists on top of their expected acting duties.  Set during a Zoom-assisted séance, a group of friends soon find that their well-meaning antics have unleashed a genuine malevolent presence into their midst, which is now hopping from isolated home to isolated home to dispatch the various callers.  Clocking in at a scant 56 minutes, Host never outstays its welcome, even if fleshing it out by another half hour could have given it a far more robust frame for its demonic possession story.  Regardless, Host is a testament to the kind of do-it-yourself filmmaking that will doubtless go on to inspire a new generation of horror filmmakers and taps into the unique kinds of experiences that we are still having to contend with in our everyday lives.