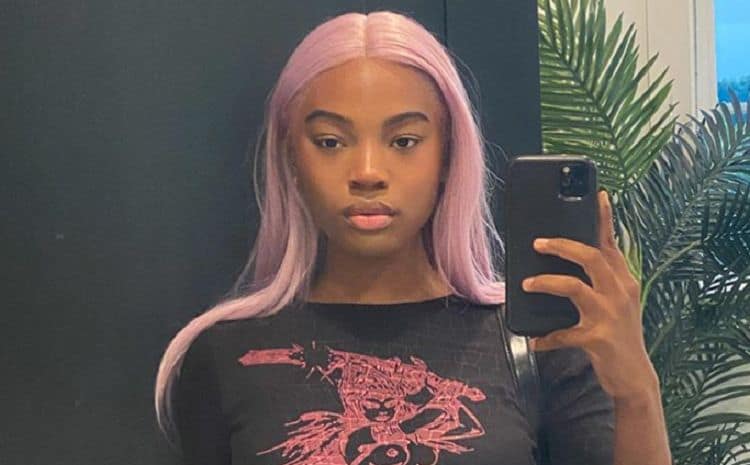 If you don’t know who Quenlin Blackwell is, you are not alone. She’s a TikTok star, but so many people are not on TikTok despite the popularity of the app. She’s among the ranks of many young women and young men who are all making it their goal to become famous by dancing, lip-syncing, and just posting snippets into their daily lives on social media, and there is nothing wrong with that. But, it’s all right if you don’t know who she is…because you will in a day or two. She’s the young woman who just came out and said she’s living with a much older man by the name of Diplo, and we know you know who he is. So, who is the young woman the 40-something singer is rumored to be living with?

We mean very young, too. She’s only 19, and that is what has people raising so many eyebrows. She’s one year into her adulthood and living with a man more than twice her age? It’s a questionable situation at best, but she came out and said they are living together and the world raised a collective eyebrow.

2. She’s Not Saying They are Together

While they might live together – and have for a year, according to her social media posts – they are just friends. She’s not into him, he’s not into her, and she said he is never home to begin with, so they are definitely not together. She’s saying they are nothing more than just friends, very platonic friends, and that nothing romantic is in the air for them.

And, yes, you guessed it. Her mentor is Diplo. That’s the man who is giving her all the things to look up to in life as she creates. We get it. He’s got insane talent, and he can teach her so much if she is willing to learn and to listen.

5. Her Following is Huge

She has a real fanbase. On Instagram alone, she has more than 1.4 million followers. We imagine that with the news she is living with Diplo, some of his own fans might make their way over to her page to follow along, and her numbers will grow. This doesn’t even count her millions of followers on TikTok and other social media channels.

6. She Loves to Change it Up

There’s something so cool about changing up your look regularly. Anyone who is willing to change their hair color, length, and their look as a whole on a regular basis seems to us to be the kind of person who likes to play with their moods by expressing themselves, and we are here for it. It’s a thing we adore, and she’s one of those young women unafraid to make some major changes when she’s in the mood. Her hair is always a different color, and her look is always unique, and we love it.

It’s so hard to imagine that it wasn’t that long ago when she was only 12 and getting her start. As the mom of a 12-year-old, I don’t even allow my kids to have social media, so it’s impossible for me to imagine becoming social media famous at this age. However, it’s what some kids do, and that’s all right, too.

8. Her Fans are Worried

Even after she denied any romantic interest in Diplo, many of her fans came out and asked her to please be careful. Some questioned what a man his age is doing even bothering to be friends with a teenage girl. Some said that her words sound “familiar,” (we think based on this person’s specific situation if we are reading into it correctly), and they seem downright nervous about her choices.

She’s not asking anyone for permission to do anything. She’s an adult, and she’s making that very clear to her followers. She wants nothing from anyone other than for them to mind their business and know she’s all right.

We are always so impressed with people who are famous but still maintain a level of privacy in their lives, and she’s one of them. We appreciate that she doesn’t share very personal things while making it seem like she does. That seems like art to us.