Home
Entertainment
A Quick Reminder that Samuel L. Jackson is Worth $170 Million 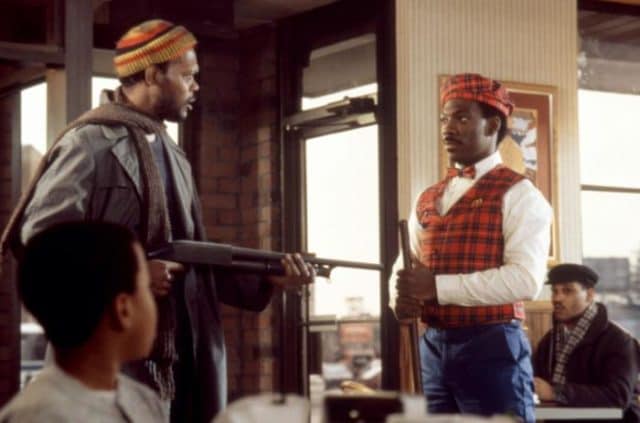 The other Samuel L. Jackson is the mid 90s Samuel L Jackson.Â  This is the guy that blew us away in Pulp Fiction and never looked back.Â Â  A new Samuel L. Jackson has emerged and I call him comic book movie Samuel Jackson.Â  He’s not as cool as the first two but he’s pretty awesome.

Why do I bring this up?Â  Because Samuel L has been in our lives for nearly 40 years.Â  Yes, he was in stuff in the 70s too.Â  Which leads me to the title of my article.Â  First of all, Samuel L. Jackson is worth $170 million which is about $1 million for each IMDB credit he has (171), so technically he’s averaged $1 million for each role.Â  Second of all, he’s 68 years old.Â  When you look at Samuel L. Jackson you do NOT see a near 70 year old man.

Not many actors break the $150 million net worth mark and Samuel L. Jackson is never the guy you think of surpassing that.Â  My assumption is that this man is amazing with money.Â  Good for him and keep bringing it Sam.Â Â  I love ya pal.Â  Just don’t ever yell at me please.