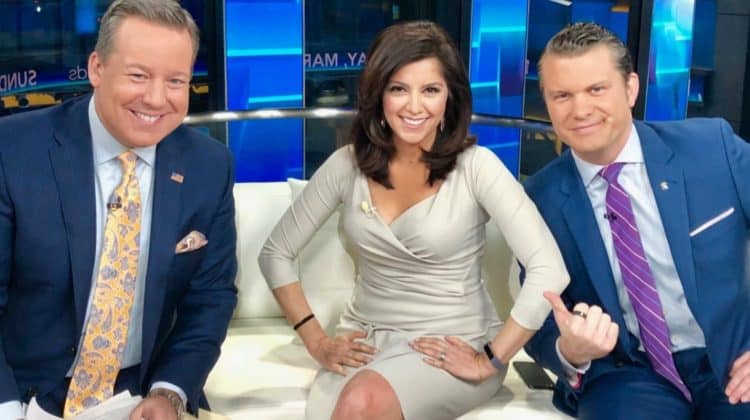 A person’s image can certainly change over time since Rachel Campos-Duffy was at one time seen as just another pretty face on TV but throughout the years has certainly shown that this isn’t all she has to offer. The one thing that’s been obvious when it comes to those that sought their popularity in the 90s is that unless they had the ability to stick around they were likely going to be taken for granted and thought to nothing more than a one-note individual that couldn’t adapt or evolve as time went on. Rachel however has proved that she has the personality, the intelligence, and the dedication to make her chosen career work and has thrived on striding forward and making something of herself as the years have continued to roll by. Some folks might not remember what she was known for back in the 90s but thankfully it’s easy to look up with a simple search, as you’ll find plenty on Rachel given that she’s been around a bit and knows how to make herself visible.

Here are just a few things that might help you to remember who Rachel is.

10. She initially had plans to be a college professor.

Rachel is a very educated woman and she did serve her time in school to become something other than a simple one-act individual that would appear for a little bit and go nowhere. Thus far she’s managed to take this drive and make it into a career, even if it wasn’t her first choice.

This is kind of hard to believe since she’s in great shape and has kept herself in good health throughout the years, but there are a few pictures out there in which she is starting to show her age a bit, though it’s just as obvious that she’s been doing what she can to maintain appearances.

Oh yes, she was a reality star at one point, and in fact she was in on the first wave of the reality shows that were bound and determined to take over the airways back in the day. Her views didn’t always mesh with her housemates but they did provide a pretty good amount of drama that allowed a lot of people to get into the show.

7. She tried three different times to get on The View.

Obviously she wanted to be a part of this show but for whatever reason the powers that be thought someone else would be a better fit. It could have something to do with her beliefs, or it could be something else entirely, but given how the majority of the panel seems to lean it’s likely that her personal views weren’t entirely welcome. She was a guest co-host several times, but hasn’t managed to secure a regular spot.

6. Rachel has been in support of the detention centers on the southern US border.

You can imagine that she’s not making a lot of friends by stating that the detention centers aren’t as bad as people are making them out to be but she’s also gone ahead to say that they’re safer than the areas in which the people making for the border have had to hole up during their trip. That’s a decent point, but of course not a lot of people want to hear it.

5. She’s been known to say a few controversial things as of late.

Egging on violence by stating that someone had it coming, as she did by praising a candidate that assaulted a reporter is just one of the things that can be linked to her, but while this is likely one of the worst it’s not the only thing that people would point out.

4. She was in a pretty serious car crash at one point.

The crash came after filming season 5 of The Real World and sadly it killed those that were in the car with her and threw Rachel from the passenger window and left her with a nasty limp that has never really gone away.

You might think that this is a little low in terms of what she’s done and the presence she’s built throughout the years, but it does seem kind of accurate since she’s been more of a TV personality than anything.

2. She has a decent following on social media.

Rachel does have thousands of followers on social media so it’s fair to say that she’s well known enough that people want to follow her and see how things are going.

1. Rachel has a master’s degree in international affairs.

She’s an educated woman that at least knows enough to understand what she’s talking about and can comprehend far better than some the impact of many discussions that have to do with various subjects stemming from international affairs.

Just because a person’s been on the Real World doesn’t mean they’re not intelligent after all.