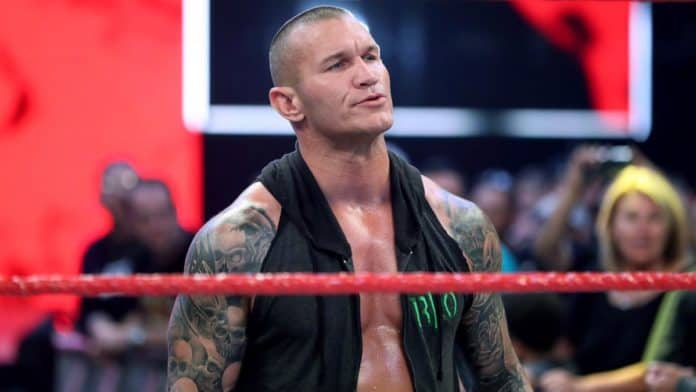 Whenever his music hits it’s a good indication that something is about to pop off and that Randy Orton will start ‘hearing voices’ as he heads to the ring to do some damage. The third-generation superstar is one of the many wrestlers that tends to take to the ring and the story lines quite naturally as some of the more despicable things he’s done while in character are kind of hard to believe since if someone did even half of the stuff he’s done in the ring they’d be locked away without any hope of parole. But as it pertains to the show he’s one of the best since he knows the ins and outs of the ring and he’s had enough time to really perfect his craft. Orton has had feuds with just about every big name that’s popped up on the roster throughout the years, and even some that were on their way out and were basically there for show. When it comes to work ethic he’s got plenty, but when it comes to disturbing characters he’s one of the best of the bunch.

Here are a few things about Randy you might not have known.

10. Initially his parents tried to keep him away from the wrestling world.

His father “Cowboy” Bob Orton Jr., was a wrestler decades ago and he and his wife tried to tell Randy more than once that professional wrestling isn’t a regular day job, it’s the type of work that takes a person away from their family for days, weeks, and even months at a time. Despite all that however Randy went for it and has made quite the career as a result.

9. He enlisted with the US Marine Corps after high school.

Unfortunately he was discharged and actually spent some time in the brig before being let go. It would seem that he didn’t always follow the rules and as a result he wasn’t even picked for the third Marine movie thanks to his dodgy past with the Marine Corps.

When he came in he was just a young kid looking to make a name for himself. In fact not a lot of people knew him save for when it was revealed that he was Bob Orton’s kid. It took a while for him to catch on with the fans but eventually he started to become a favorite, particularly when he became a heel.

7. In 2004 he became the youngest WWE Champion in history.

Being the first anything in WWE is kind of an ubiquitous title since there are always those that are going back in the histories to make certain that the claim is something that’s real and isn’t being given out just because such a thing hasn’t happened in a while.

6. Early in his career he suffered a shoulder injury.

This isn’t the first injury he’s incurred since throughout his career he’s been hurt a few times for real since this can and does happen in the ring. These men and women might train a great deal in order to minimize accidents, but occasionally they’ll happen all the same since one can’t prepare for every little variable that comes along. Orton has managed to wrestle while injured to keep the show going, but afterwards he needed some time to rest up.

5. One of his signature moves had to be banned.

The Punt Kick was when an opponent was on all fours on the mat. Orton would line them up and then come running full speed, ramming his shin into the side of the person’s head. If you’re about to argue that a true punt kick would be executed using the foot to the desired object then you’re right, but for the sake of the show he had to pull it slightly at the end, otherwise real injuries could occur if the move didn’t go as planned.

4. Being the heel apparently comes naturally to Orton.

For some reason this seems closer to his character than anything else as he’s admitted and being the bad guy just appeals to him since he doesn’t have to act as much. He’s not a horrible guy in person as it’s been shown behind the scenes, but he isn’t the kind of guy that you would call a pushover either.

3. Throughout his life he’s had an issue with substance abuse and anger issues.

He’s not the first wrestler to deal with these issues as the life gets to everyone at some point, but each and every person usually has their own issues to deal with, and being on the road so often doesn’t exactly make them any better.

2. As you can imagine he has millions of followers on social media.

Randy has a legion of fans that check into his social media sites all the time, as despite being the heel he’s still one of the most popular characters in the WWE.

Considering the fact that he doesn’t make all his money from wrestling it would seem that he’s done quite well for himself in a field that’s uncertain at best for prospective wrestlers that want to make the big bucks.

He’s still one of the best, but it’s a bit obvious that he’s getting a little old for this stuff.