Home
Entertainment
Randy Quaid Might Run for Governor of California 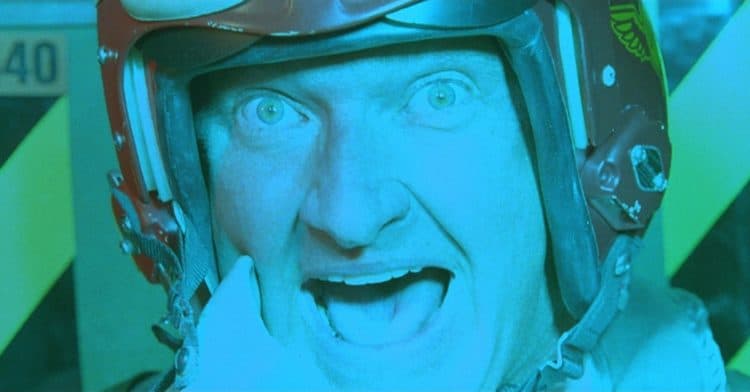 It kind of feels as though California is gearing up for whatever ridicule might come if they decide to elect either Caitlyn Jenner or Randy Quaid, who have both made it clear that they have political aspirations when it comes to being the next governor of the western state. How likely it is that either one of them will take office isn’t something to take lightly since one has to remember that Arnold Schwarzenegger, the Terminator himself, managed to hold office for a while, so it’s not at all wise to think that this couldn’t happen. Quaid and Jenner are both seeking to represent everyone in the state of California and are promising to clean up the corruption that’s taken hold throughout the years. The question though, among many, is why anyone would think that they’re going to be any different at this point, and why they would think that anyone might believe that the two candidates can relate to the common folk these days. Both Quaid and Jenner have been associated with those of elite status and have enjoyed the high life so often at this point that it’s fair to assume that they might be more out of touch with the common individual than people want to believe. There’s plenty of reason to doubt this of course since it’s very likely that Jenner and Quaid both remember the average individuals throughout their state and can see what’s going on in terms of corruption. But it’s still a question as to what they would do about it should one of them make it to the office of governor. Doubting a person just because they’re an actor isn’t a smart move since one of the last people that anyone thought could possibly hold this office already has, which means that it’s open to those that can do the job.

The fact is that it’s not just the fact that he’s an actor that would be brought up in discussion, but the fact that Quaid has had legal troubles in the past. Jenner might have to deal with her own issues, but Quaid’s legal issues would likely be a point of discussion that might force others to look at his chances with something less than confidence. It’s hard to say how serious Randy is about this matter, but if he does mean to move ahead it’s easy to think that people are going to be looking for every bit of dirt that they can find on him since this is pretty much what happens when it comes to people being elected to any position. Getting a spot in politics isn’t always about the merits of a person or why they would be a good choice, as one’s opponents often have to dig up as much dirt as they can find on an individual, which is pretty standard and has been for a long time. Mudslinging is actually a favorite pastime in politics to be certain, especially when there’s something that might appear to make it clear that a political opponent isn’t right for the job. One would think that this would reflect badly on the people that would use such tactics, but as it’s been seen in more than one election in US history, it’s kind of expected and it’s bound to be one of the more acceptable ways to win a public office. One thing that anyone could hope for would be that anyone, including Jenner, standing in Randy’s way wouldn’t bother using anything from his movies to either discredit or describe him since to do so is to go after some pretty low-hanging fruit, given that movie portrayals might actually make Randy look better and ridicule his opponent’s attempt to slam him for one thing or another.

What are politicians other than actors who don’t always reach the stage or movie set? A lot of them tend to put on a show, saying what they think will get their audience to react in some manner. Folks might like to hear that politics is a stage, and all the people upon it are actors just waiting for each cue so that they can take their turn. Some folks might not like that analogy, but that’s just a little too bad since the truth of it is that a lot of politicians are better or worse actors than people can see in professional wrestling, and they make about as much sense on average. Perhaps a Royal Rumble would be more entertaining and solve more problems these days if such were allowed in various political hearings across the country these days. One can definitely see Randy Quaid pulling a Cousin Eddie and getting in the middle of that, right? All jokes aside, it will be interesting to see what happens when all is said and done.