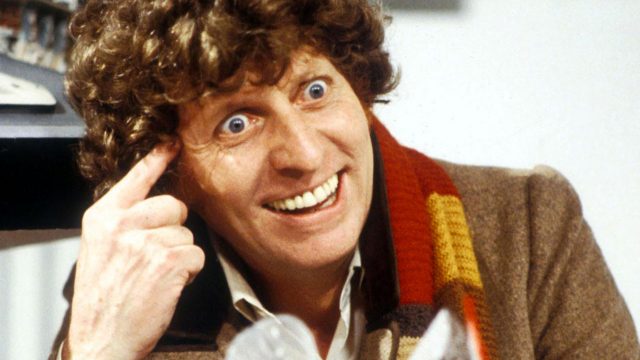 When the British television series Doctor Who first aired on November 23, 1963, the news of President John F. Kennedy’s assassination, and a power failure in Great Britain, resulted in little attention for the newly launched science fiction series. The following week, the first episode was repeated right before the second one aired. It took a while for viewers to become familiar with the show, but eventually its popularity grew until it became part of the popular culture in Great Britain and a favorite cult TV show in the United States and elsewhere.

There are three main releases of the show:

The series tells the stories of The Doctor, who is an alien Time Lord, and rather eccentric. He travels through time and space, exploring the universe in his space ship, which is called a TARDIS. It is a sentient ship, whose exterior has the appearance of a British police telephone kiosk common to 1963, which was the year the series began. The Doctor is accompanied by various companions as he combats villains, and works to save various civilizations and people who need his help along the way. The Doctor takes on a new body when mortally injured, and this concept of regeneration has allowed different actors to portray the same character over the years. Though each actor provides a different portrayal of The Doctor, a single narrative represents different stages in The Doctor’s life. Some recurring villains who have recurred throughout the series include the Master, who is also a Time Lord; the Cybermen and the Daleks.

In Doctor Who fandom, its customary to refer to each by their number. So, the first Doctor is called “One” and so on, for all the rest. There have been twelve, and the process of ranking them has been attempted by many, with lists populating the internet. Each Doctor has been part of a sequence of serials, with episodes ranging from comedic to dystopian in quality. Often the series approach of embracing many genres of telling stories has influenced who likes one Doctor over another. Fans have gravitated toward their favorite stories to decide which Doctor is their favorite. For some, the early black and white episodes are not as pleasing as the later ones in color. The first question many fans ask other fans is “Who is your Doctor?” Obviously, the stories are almost as important as the story lines when it comes to choosing one over another. A preliminary examination is in order:

One to Twelve: Examining the Doctors

Hartnell was the first Doctor incarnated, and he portrayed the role from 1963 to 1966. He took on the role because it was said to be a children’s educational series and he was tired of the stern military characters he had played in the past. He assumed the role of an amiable patriarch; with an attitude.

Troughton was the second actor to take on the role of the Doctor from 1966 to 1969. His portrayal took on a Charlie Chaplin-like style suggested by Sydney Newman, the creator of the show. Newman’s suggestion was that Troughton’s Doctor should be a hobo of the cosmos.

Pertwee became the third to portray the Doctor from 1970 to 1974. Three was known for his dapper clothing, and for being a crusader and man of action oriented to technology.

Baker’s incarnation was the fourth, and he had the role from 1974 to 1981, which was the longest of any of the actors who took on the role. Fans often regard his period of Who stories as classics, and viewership during his years was high.

Davison took on the role for the fifth portrayal; 1981 to 1984, as the youngest ever to take that lead. He held that record for almost thirty years. In 2009, Matt Smith, Eleven, began the role when he was 26 years old.

Baker was Six from 1984 to 1986. He was the first ever to take on the lead role after appearing as another character.

McCoy was the last of the original classic series, portraying Seven from 1987 to 1989. He also served as a bridge between the classic series and the television movie which would follow in 1996. He appeared at the beginning of the movie. He began his portrayal with humor, but fans complained that the lightweight plots and characterization were not in keeping with the Doctor. Though Tom Baker (Four) had been the favorite, fans of Doctor Who Magazine gave the vote of “Best Doctor” to McCoy in 1990.

McGann took on the role of Eight in the 1996 television movie. He also completed many audio dramas and the 2013 The Night of the Doctor in his role as Eight.

Eccleston is known as Nine in the revival of the series on British television in 2005. Because he abruptly left after one season, his reasons were debated in the British press. When finally interviewed about his departure in 2010, he said that he did not enjoy the show’s environment or working conditions, but was nevertheless proud that he had portrayed Nine.

Tennant portrayed Ten from 2005 to 2010. He was awarded the “Best Doctor” award for 2006, when Doctor Who Magazine readers voted. He was three years old when he announced that he wanted to act. His parents hoped that he would find work that wasn’t so unconventional, but he told them he really liked Doctor Who, and that is what inspired him to aim toward an acting career.

Smith portrayed Eleven from 2010 to 2013. His Doctor portrayal earned him the first nomination for the BAFTA Best Actor award.

Capaldi was incarnated as Twelve in 2013, appearing the 50th anniversary show “The Day of the Doctor” and the Christmas show “The Time of the Doctor”. He has been a fan of Doctor Who since he was a teenager, and is the current Doctor.

The Votes are In

BBC America’s Anglophenia dared to conduct a Best of Doctor Who 50th Anniversary Poll in 2013. At the time, they decided to assemble a jury comprised of 52 devoted “Whovians”. They included

Since Anglophenia did not rank places 6 through 10, the most current results on Ranker were also added for comparison.

These Ranker results were based on viewer voting:

Anglophenia and Ranker agreed on this place.

Pertwee was the first Doctor to have the luxury of color television. He was what the jury described as an action hero, with heavy nods to the popularity of 1960s spies. Three used Venusian martial arts, fast vehicles and exude enormous amounts of style. Viewers were attracted to his dashing charm, and they wanted to be just like him. It was the first time this desire surfaced for any actor portraying the Doctor. It was also the first time that viewers thought the Doctor capable of a romantic encounter. He was the perfect alien spy hero.

Troughton was awarded fourth place when the jury noted that he had the weight of convincing the audience that regeneration as a concept could be reality. Following the first Doctor was difficult enough, as there was an audience loyalty and expectation already built in to One. Anyone would have struggled to be worthy of their admiration. Troughton was successfully able to portray a new personality for the Doctor, while convincing his audience that the essence of One remained in his being.

Anglophenia and Ranker agreed on this place.

Smith was awarded third place because fans saw him morph into the role as if he had completely absorbed the personalities of all the Doctors who had preceded him. He did such a great job that he seamlessly stepped into the part, and even though young, critics noted that he was able to use his physicality to express timeless experience through youthful movement.

Tennant was awarded second place for his absolute popularity, charisma, trustworthiness and heroic portrayal of the Doctor. He was noted by many for his ability to portray a wide range of emotions central to human nature, while retaining the quirkiness of his alien character. He drew the audience into his adventures, and the judges were keenly aware that his acting abilities prompted his fans to wish they could simply run into his stories alongside him.

Baker was awarded top honors because he is the Doctor who not only embodied the characteristics of the previous three portrayals, but added his own “unique lunacy” to the characters. He is the Doctor that the average Brit, and many Americans, automatically identify as THE Doctor, with many mentioning his trademark long scarf as their first memory of his characterization. The show earned a high level of popularity and acclaim while Four was in the lead role. His incarnation is viewed as the best in fandom, and the one which is iconic.

With the results for ranking so close in the top five, with two agreements and two just reversed, it’s clear that the best of the best deserve the top two spots. The Ranker scores also included Doctors from specials and spin-offs, but the majority landed below Fifth Place, which Anglophenia jurors felt were not conducive for comparison due to the small number of actors who have portrayed the Doctor. It also seemed rude to describe the entire list. Fans do know excellence when they see it, and fans do have their favorites for the Doctor and his stories. The bottom line… “Who is your Doctor?”