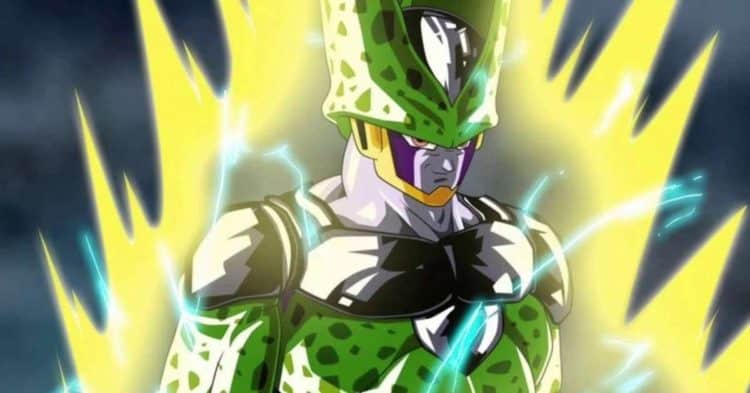 Majin Buu is by far my favorite Dragon Ball Z villain, but not when he’s actually a villain. After Majin Buu gets released from his eternal prison – thanks to the Great Wizard Babidi – it is revealed that he is essentially just a child with no thoughts of his own. The only reason that Buu hurts people, destroys cities, and wreaks havoc across the Earth is because Babidi told him to do so. After Buu killed Babidi and eventually befriended Mr. Satan, Buu stopped hurting people, because he learned that it was bad, and that it wasn’t something he wanted to keep doing. In fact, Majin Buu is perfectly harmless and seems genuinely fun to be around. Unfortunately, after a couple of psychopaths went on a murderous rampage and killed Buu’s new dog, Bee, and Mr. Satan – both of which Buu brought back to life – Buu was unable to contain his rage any longer and the evil that was buried deep inside him was released. Good Buu and Evil Buu were two entirely separate entities now, which led to a lot of confusion on Mr. Satan’s part. I really liked Majin Buu after he made some new friends, especially when he helped the blind boy, Tommy, gain his sight and even got him some milk. Of course, Buu got that milk the only way he knew how: by turning a random citizen into the calcium-filled drink. Unfortunately, the good Buu was killed and turned into chocolate when evil Buu used good Buu’s own move against him.

I figured since there’s so many Androids in Dragon Ball, I might as well just lump them all together as one entry. While I still don’t like Android 17 or the Android version of Dr. Gero, I will always have a soft spot for Android 16 and one character that I feel deserved a lot more love in the series: Android 8. The first time we were even introduced to the concept of Androids was in the original Dragon Ball series with Android 8, a villain created by the Red Ribbon Army to eliminate Goku. Ultimately, Goku was able to find a way to force Android 8 (aka “Eighter”) to think for himself and defy the Red Ribbon Army. This led to Eighter becoming a friend to Goku and getting redemption for himself.

Cell was one of the best villains across all of Dragon Ball Z, and the Cell Saga is considered by many to be the best saga in the series. Cell is likeable at times, but more often than not he’s pretty full of himself (not to mention full of other people too) and arrogant. The only reason that I can respect Cell is that he genuinely wanted to have a tournament with the most powerful fighters on Earth, and he respected the rules of the fight as long as his opponent did the same

Raditz was the first villain introduced in Dragon Ball Z and was the biological brother of Goku, and one of the last remaining Saiyans in the universe. After Raditz was killed by Goku and Piccolo, Vegeta and Nappa were then introduced as the next villains in the Saiyan Saga. Eventually Nappa was killed by Vegeta, and now Vegeta has left his evil ways behind (except, of course, when he became Majin Vegeta). Vegeta is a fantastic character with a ton of development, however, when he was first introduced as a villain, he was nowhere near as likeable as he is now.

Frieza is one of those villains that you just love to hate. He’s a jerk, he wants nothing but power, and when he returned as Mecha-Frieza, it was so satisfying to see Trunks cut him into pieces. I hate Frieza and always will, but there is something about him that makes me want him to stay on screen just to get pummeled a little bit longer.

I don’t even consider the Ginyu Force a major threat by any means, and they were by far the least likeable part about Dragon Ball Z. They were annoying, they had very little power, and their leader let himself get turned into a frog. I have nothing more to say about the Ginyu Force, except that they are absolutely terrible.