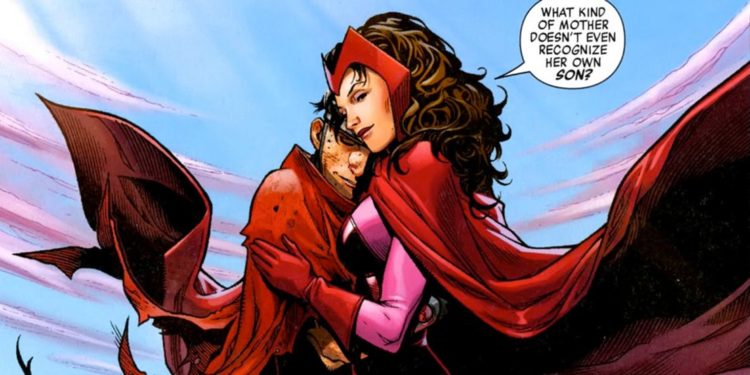 In the world of comics Magneto is one of the most powerful mutants and among those that you wouldn’t want to actively infuriate. And who infuriates parents like no other? Their kids of course. Now some of those on this list have been debated as being his throughout the years but the current belief is that all of them are in some way connected to Magneto as their origins have been written, ripped up, and then retconned to make them the kids of one of the most notorious and dangerous individuals in the entire Marvel universe. While it’s been seen as possible for mutants to have what are called “normals”, or humans without powers, the likelihood that the writers would continue such a thing is not all that great since the sins of the father so to speak are traditionally handed down in one way or another. In Magneto’s case, the power he holds is simply too much to be kept all to himself, as even in the movies his kids are pretty powerful.

Here a few cases that you might agree with when considering just how strong his kids are.

It’s not really fair to call Pietro a one-trick pony since his speed is an incredible asset and has served him well throughout his run in the comics. But many times he’s been seen as nothing but a hothead and a guy that’s super fast but has a questionable set of morals and a huge chip on his shoulder that makes him unbearably arrogant. He’s been taken down so many pegs in the past that it’s a wonder he was still given an ego to work with since to be honest heroes and villains that are much slower than he is, meaning they don’t possess super-speed, have taken him down with relative ease. He might be fast in every possible way, but his arrogance usually tends to get the better of him.

Plague was a very short-lived idea and one that was set in an alternate universe where Magneto impregnated a figure that was a cross between Rogue and Mystique. Her powers are pretty scary however since she could create an army of nanoviruses that could infect pretty much anyone she chose. You can just imagine how that would work, she would create nanoviruses that would completely disrupt the bodies of her enemies, leaving them without any defense at all unless they were able to somehow counter her power and possibly find a way to turn it against her. But being a child of Magneto it seems kind of unlikely that she would be anything less than intelligent and ruthless.

Magnus is another child born from a union between Rogue and Magneto in yet another alternate timeline, and unfortunately he inherits the powers of both of his parents, but with a very interesting, albeit fatal, twist. He can’t touch anyone with skin to skin to contact like his mother, but unlike her ability to drain peoples’ energy Magnus’ touch turns people to solid metal. He accidentally kills his mother when he touches her and is then abandoned by his father. When he is taken in by a group called the Timebreakers he and they attempt to free Professor Xavier only to learn that he has plans to set off a nuclear bomb. Magnus protected his teammates and created a magnetic field around the bomb, giving his life for theirs.

Lorna Dane is the most like her father in that she has the same power set, though she’s not as powerful. She hasn’t trained with her powers quite as much but while she’s not as forceful as Magneto she has the benefit of being far more emotional and being able to impart a greater feeling of dread in her opponents when it comes time to use her powers. She’s had a rather convoluted back story for a long time, especially since her father had an affair with her mother and that’s where it ended in terms of their relationship. Magneto has obviously never been the father of the year type, and Lorna Dane’s tortured past has been just one more casualty that has proven this.

The MCU did what the X-Men movies could not at this point and have made the Scarlet Witch, Wanda Maximoff, one of the most awesome characters on the roster. While her and her brother’s origins have been ripped up and redone more than once throughout the years the accepted fact now is that she and Pietro are in fact the children of Magneto, no matter what anyone wants to say. With Disney buying up 21st Century Fox it could be that we’ll begin to see the link eventually if they decide to pus things that far. In terms of how powerful she is and her skill set however it’s easy to see that Wanda is not quite as limited as her brother, though she does have her moments when it shows that she relies on her magic much more than her fighting skills, which are negligible.

Despite not being the greatest father in comics history Magneto has definitely helped to create some of the most powerful heroes and villains.