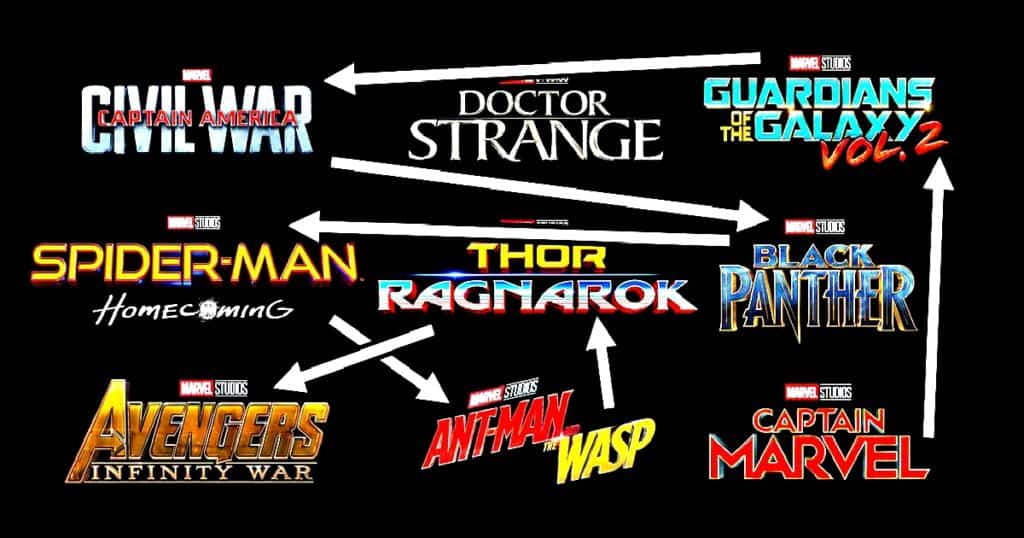 This is it.Â  The end of an era.Â  A chapter closed on the blockbusters of the 2010s.Â  A bitter-sweet conclusion to so much of the present moment.

Looking back on Marvel’s Phase 3, it’s staggering to see just how many of the mega-franchise’s top performers, both artistically and commercially, rank among its most recent outings.Â  From origin stories every bit as exciting as we’ve come to expect them to be, sequels staggeringly superior to the movie’s that they’re following up and wholly original films that could have otherwise been by-the-numbers blockbusters, the recent production cycle of the MCU was filled with the very best of mass-marketed filmmaking. 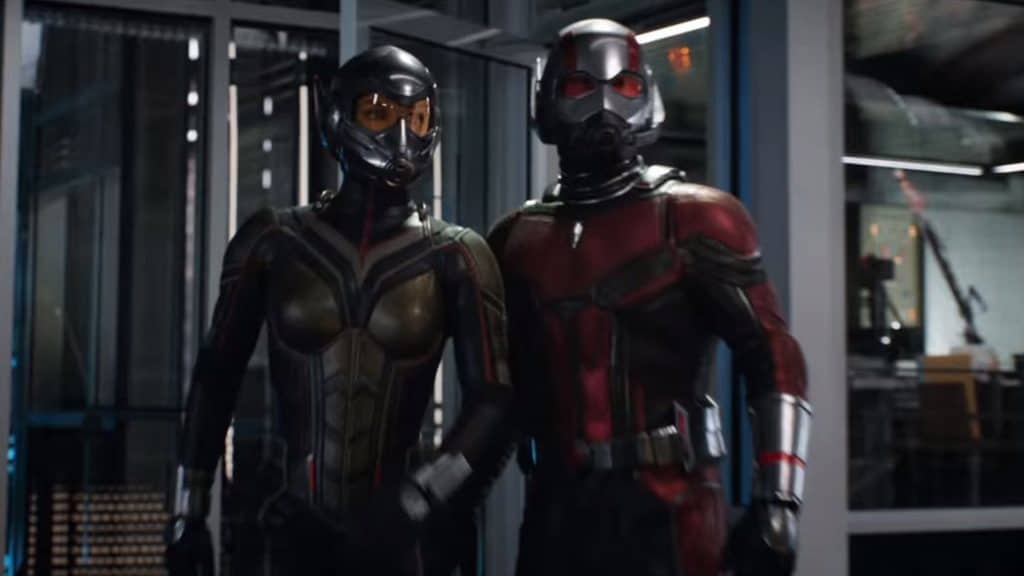 10 . Ant-Man and the Wasp (2018) — Looking back on it, Ant-Man and the Wasp was always going to face an uphill battle.Â  Released in the confused interim between Infinity War and Endgame, the story was always going to lack forward momentum: forever stuk spinning its wheels between two giant-sized Avengers releases that refused to let it go in whatever interesting direction it would have been better served going in.Â  And yet, despite the unbridled superfluousness of its own existence, the resulting movie was made with as much fun and polish as anything else in the MCU.Â  It features one of Stan Lee’s all-time great cameos, gave us even more of the riotously funny supporting cast and worked in a few more visual gags based on the absurd set of powers bequeathed to its title character.Â  It may just be spinning its wheels for two hours, but it’s an incredibly fun show while it’s on-screen.Â  And while we should always demand more than that from out blockbusters, it doesn’t hurt to wind up with an amusing distraction every once and a while.. 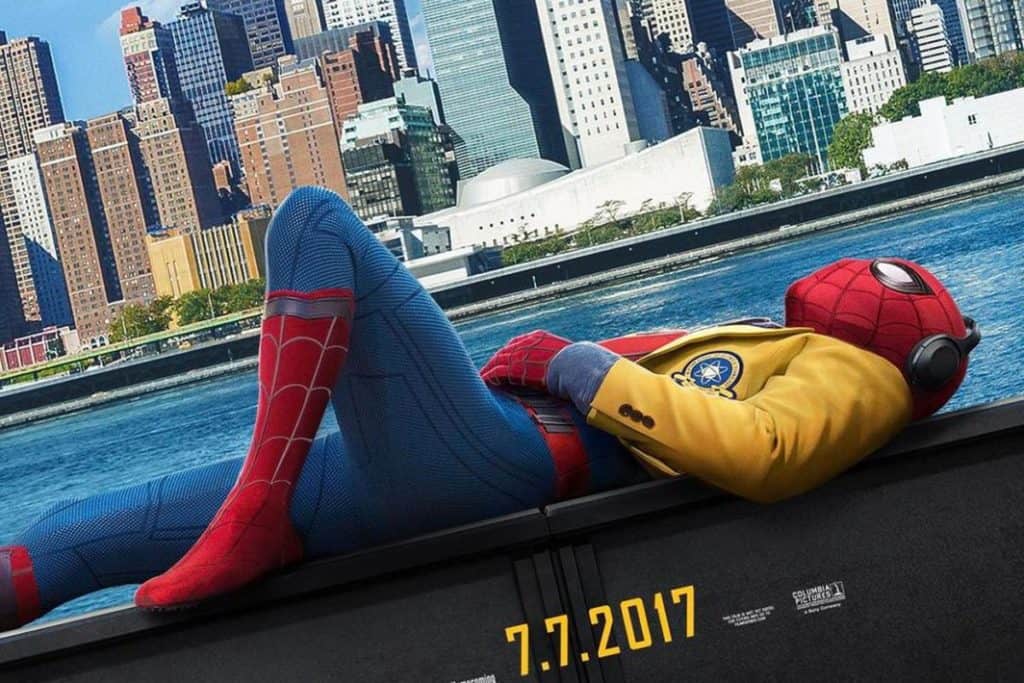 9 . Spider-Man: Homecoming (2017) — Blasphemous as it might be to say, it is Tom Holland — not Tobe Maguire — that is the best Peter Parker we’ve ever gotten on screen.Â  Holland’s version is far more even-handed, exciting and flat-out endearing than any of its predecessors, even if his movies lack much of Raimi’s charm, frustratingly resists giving us a Spidey origin story (even in flashback) and oftentimes plays out more like Iron Man 3.5 than as a proper Spider-Man movie.Â  By now, though, it’s obvious that the MCU’s Spider-Man is leaning hard into his status as a scientific wiz-kid and the heir-apparent to Tony Stark’s Iron Man, just as much as it’s committed to Parker being an awkward dork who is the root cause (and solution to) all of his own problems.Â  And what can I say, Michae Keaton’s Vulture is very nearly the most interesting villain in the entire MCU (to say nothing of the cinematic Spider-Man movies) and the decision to play this movie off more as a throwback, coming of age teen comedy than a traditional superhero movie was a stroke of sheer brilliance. 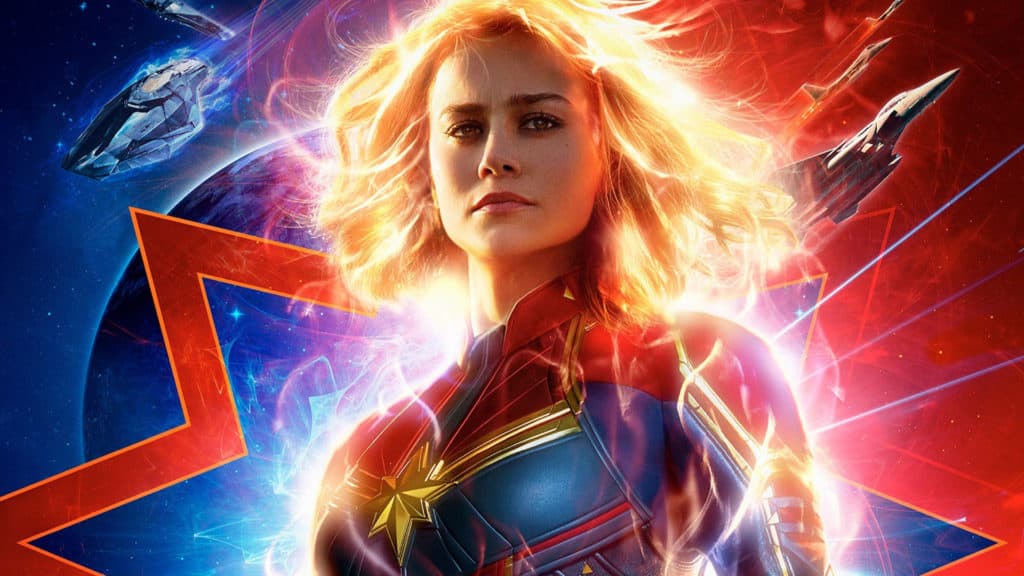 8 . Captain Marvel (2019) — Although they are two very different movies, beholden to two very different franchises and interested in two very different thematic conceits, the comparisons between Wonder Woman (2017) and Captain Marvel are nevertheless fascinating.Â  And while there is a lot to get into regarding these films (certainly in much greater depth than a one-paragraph summation can account for), I’m particularly torn by this one: Captain Marvel was easily the better of the two movies (better paced, better structured, more interesting villain, more engaging writing, more compelling plotline), but Wonder Woman was ultimately the more compelling of the two movies — the more meaningful, the one that stuck with me the longest.Â  That’s not to say that Captain Marvel is a bad or unworthy movie by any means, just that the production constraints of being a prequel set between Infinity War‘s world-shattering cliffhanger and Endgame‘s hotly-anticipated conclusion meant that there just wasn’t much for it to do besides reminding people to preorder their Endgame tickets when they eventually went on sale.Â  Captain Marvel is a fun, flighty and funny movie that slots comfortably within the established Marvel oeuvre.Â  The fact that it is also their first female-led solo movie — and what it has to say about the state of the blockbuster film industry that made it — is merely icing on the cake. 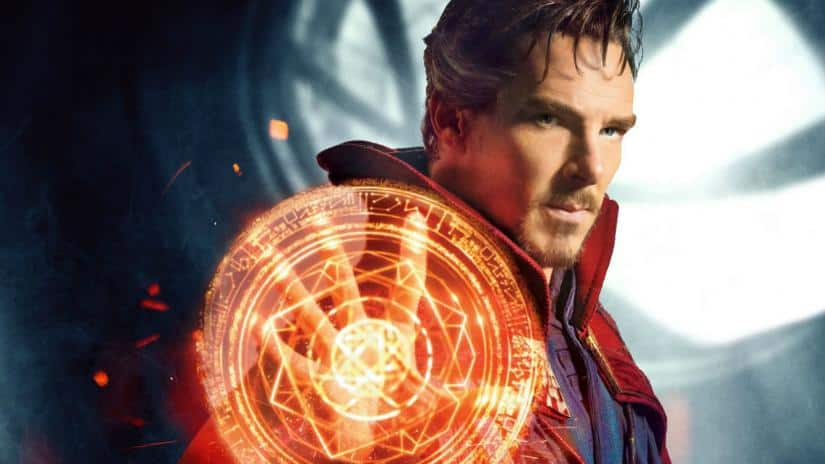 7 . Doctor Strange (2016) — Doctor Strange takes the bizarre, cosmic and fantastical side of the MCU and runs with it just as far as it can given its clipped runtime.Â  Between its inspired choice of directors (with horror aficionado Scott Derrickson), solid choice in actors (emblematized by genre-favorite Benedict Cumberbatch in the title role) and breathtaking use of special effects and set design, it is an absolute must-see for any blockbuster fan.Â  And, paradoxically, it actually plays out better on the small screen than the big one, meaning that the real joy in watching this isn’t from some fleetingly rare rerelease, but sitting at home with your friends and family, the way that most people actually watch movies. 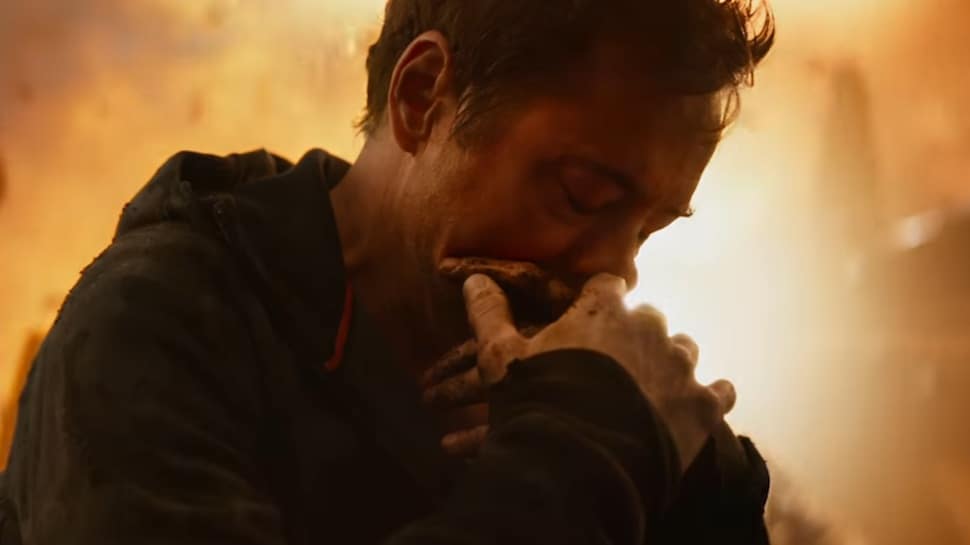 6 . Avengers: Infinity War (2018) — I actually wasn’t as high on this movie when I first saw it in theaters as I am now.Â  Don’t get me wrong: I loved the movie.Â  It was a satisfying payoff to a decade-long buildup and the kind of once-in-a-lifetime spectacle that my inner child could only dream of until now.Â  It’s just that the movie was, by design, incomplete, and the full scope of its buildup, payoff and emotional arc could not have possibly been understood until the bookended release of Endgame a full year later.Â  And now that we do have that long-awaited companion peace — now that we know the story in full — the film is all the richer and more striking because of it. 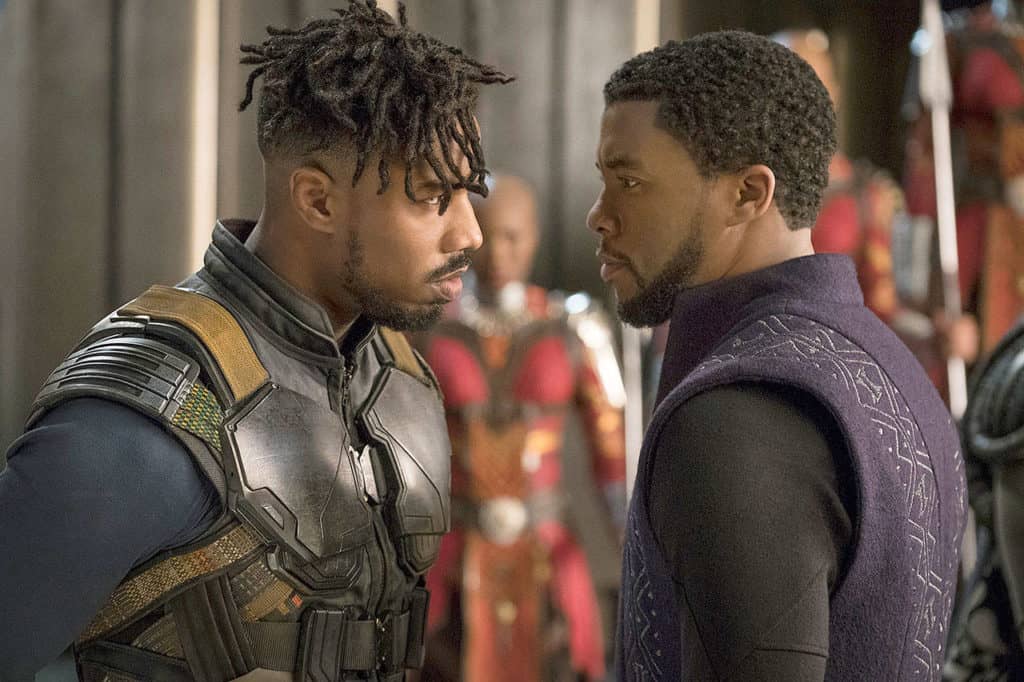 5 . Black Panther (2018) — Although it seems like the most obvious blockbuster franchise when observing it in 2019, it is actually some kind of moviemaking miracle that this film ever got off the ground in the first place.Â  Based on a character with historically niche appeal, introduced on the big screen only two years prior alongside almost a dozen other Avengers (not the least of which was the long-awaited introduction of Tom Holland’s Spider-Man to the MCU) and adopting a commercially untested afro-futurist aesthetic that flew in the face of decades worth of sacrosanct movie marketing, and none of this — at least on paper — should have worked.Â  And yet what we got was one of the most visually, aurally and narratively rich entries in the MCU to date: something that I never even realized I needed in my lift until I was staring it down opening night at the multiplex.Â  From its nearly all-Black cast (save for Martin Freeman as the token White onlooker and Andy Serkis as a second-string villain) to its jaw-dropping visuals, it was a narrative portrait that couldn’t help but impress.Â  But combined with its smartly crafted screenplay, exceptional direction and powerful message of family, tradition and legacy, it is a genuine 21st century masterpiece in blockbuster form. 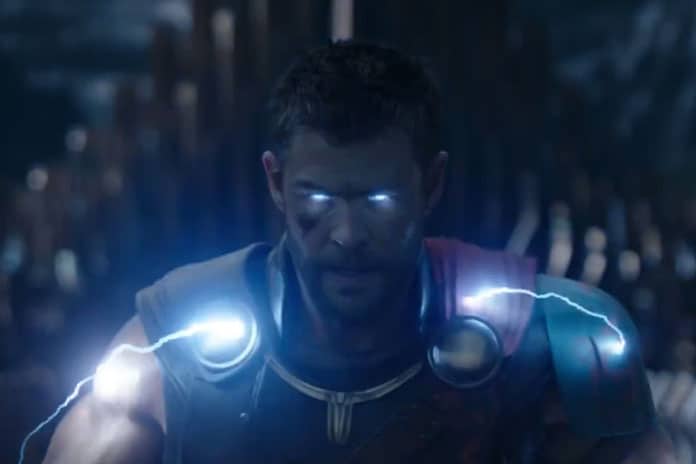 4 . Thor: Ragnarok (2017) — Despite several passes and no lack of trying, Marvel was never quite able to make Thor work in the MCU: at least, not the way that he was supposed to, not the way that they wanted him to.Â  He had a great hook (magical space Viking and his friends go on high science-fantasy adventures), a deep supporting cast and the first recognizably great Marvel villain to square off against time and time again.Â  But, despite the inherent depth and weirdness of the franchise, Marvel always seemed reticent to really let the character cut loose the way that he always should have.Â  He was always tied down to the Earth and all of his cosmic weirdness invariably grounded in the mundane.Â  That all changed with Ragnarok, however, which finally — thankfully — embraced everything bizarre about this character and where he comes from.Â  Not only is Ragnarok a perfectly uncompromised version of exactly what it was always meant to be, but it was mixed into with a little retro flair for good measure.Â  Looking, sounding and ultimately feeling like the Thor movie that they would have made in the 1980s — with the synth-pop vibe of movies like Tron and Flash Gordon — it never felt like a better fit for these characters that always basked in the neon glow of outer space.Â  And the outright upgrade of supporting characters like the Warriors Three with the likes of Â Hulk and Valkyrie is simply chef’s kiss perfection.

3 . Guardians of the Galaxy Vol. 2 (2017) — It’s genuinely remarkable what Marvel was able to make out of this Z-list property that sounded like the world’s most bizarre game of D&D before its 2014 debut: an 80’s man-child, an Orion slave girl, an Ent, a Raccoon and Dave Bautista team-up against a living planet and his bug-faced friend in order to literally reshape the galaxy in his image.Â  And yet, despite everything that it had going against it, everything about this movie simply works, ranging from its one-of-a-kind character dynamics to its thematically-rich narrative to its one-of-a-kind soundtrack.Â  It proves not just that Marvel can make blockbuster hits out of anything, but that it can do so because it is willing to trust the talented men and women it hires to make these movies to explore their characters as deeply and as intimately as they need to. 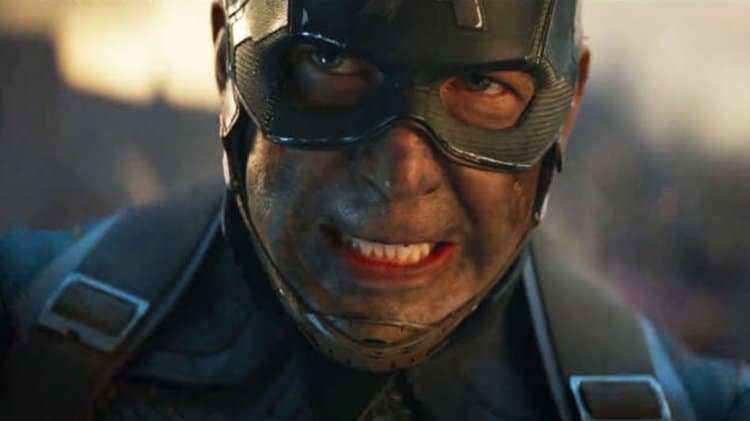 2 . Avengers: Endgame (2019) — Every year, there is always a movie or two that perfectly encapsulates that 12-month period of time: a stretch celluloid that tells us everything that we need to know about the 365 days surrounding it.Â  Two years ago, we had Wonder Woman, Logan (2017) and Get Out (2017).Â  Last year we had movies like Black Panther (2018), BlacKkKlansman (2018) and Eighth Grade (2018).Â  And although we have yet to fully appreciate what movies this present year will be known for, Avengers: Endgame will doubtless be front-and-center among them.Â  The last entry into both Marvel’s Phase 3 and decade-spanning Infinity Saga, the culmination and standard for this century’s studio filmmaking, Endgame is a class apart from every other blockbuster — except for maybe The Avengers (2012) and The Dark Knight (2008) — in recent memory.Â  And the simple fact that it doesn’t top this list out-of-hand is proof positive for the unimpeachably high level of craftsmanship that the MCU is operating on in the present moment. 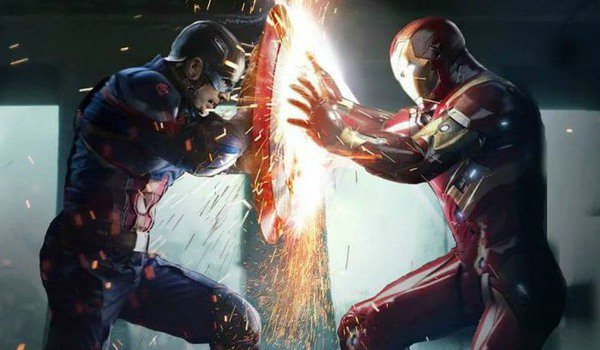 1 . Captain America: Civil War (2016) — It’s kind of amazing to think that after everything else we’ve seen in this third production cycle of the MCU — two Avengers team-ups, the cultural touchstones of Black Panther and Captain Marvel and Marvel Studios finally sticking the landing with a Thor movie — that the opening chapter to Phase 3 was ultimately it’s best work overall.Â  Essentially Avengers 2.5, its deconstructionist approach to the film’s meta-narrative, which raked the franchise’s feat over the coals for its various unspoken in-universe failings, proved to be potent fuel for every Marvel movie between it and Endgame.Â  And even just taken on its own terms, it’s given us perhaps the richest, most dynamic and most intimately fleshed out movie in the now 23-movie deep franchise, and when its being held up to the likes of The Avengers (2012), Black Panther and Endgame, that alone is an accomplishment worth taking note of.