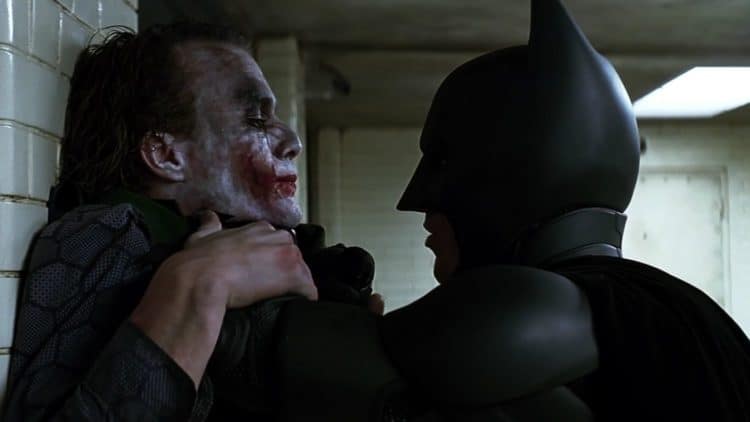 Ask anyone, be they a DC fan or not, if Batman is the greatest hero that ever lived and there’s a good chance that you’ll get a resounding yes from a pretty good percentage of them. Even die hard Marvel fans have to give this one a bit of recognition since Batman has been around so long that he predates a LOT of superheroes. But one thing about the movies that have been made over the years is that they haven’t all been complimentary since quite honestly Batman has been played by a few different men that really had no business donning the suit or even taking on the role of Bruce Wayne. Even some of the villains have been less than stellar largely because, as with the dark knight, they just weren’t the right people for the role. To be honest, there’s only been a couple of Batman’s that have really turned heads and been considered all that great throughout the scope of the hero’s history.

So yes, Christian Bale growling as Batman was kind of ‘meh’, but the overall story was still kind of tepid until you got into the parts where he meets Ras al Ghul and actually learns the skills he’ll be implementing as a crime fighting vigilante. Ghul’s plan to vaporize Gotham’s water supply and Scarecrow’s on and off again appearances kind of made this one a little bit forgettable before the next movie even came out, but it did beat a few other Batman movies by a country mile since Bale is a lot more convincing as a playboy and as a guy in a high-tech suit that can kick the living hell out of the bad guys.

Catwoman. That kind of sums up the whole reason why this one’s on the list. Okay, okay, Michael Keaton was still pretty good as well since he was the first real Batman that people were talking about when the franchise really kicked off under Tim Burton. But Catwoman and Batman are a perfect pair since they have such a strong attraction to each other and yet can’t be together since, well, they operate on opposite sides of the law. But watching Catwoman strut around on the scene was definitely worth putting this movie at number four since she kind of made this movie in a big way.

Batman had been damaged before Bane came around, but it’s the fact that Bane did it in a way that really put Batman out of action that got so much attention to start with. The reason this move drops to the third spot on this list is pretty simple, Tom Hardy is an excellent actor and can buff up for a role without hesitating, but if you’re a real comic buff, or even a fan, then you were possibly expecting Bane to be a little more true to form, as in much bigger and being constantly injected with venom that drives him nuts and gives him the kind of strength that should allow him to snap Batman in half. Still, it wasn’t that bad of a movie.

Michael Keaton was great but Jack Nicholson kind of stole the show. You had to know that a Batman movie featuring his most dangerous nemesis would be near the top, right? After all despite Joker’s lack of physical prowess he’s always been the biggest thorn in Batman’s side since he simply doesn’t stay down no matter how badly he gets beaten or how outmatched he might seem. There’s always a method to the madness that he brings to the table and there are times when it could actually BE the table since he’s that nuts. The dynamic between these two has always been something that people love to watch since it makes for an epic tale.

There’s absolutely no doubt about it when picking this movie as number one. I even feel confident enough to say that Robert Pattinson’s portrayal of Batman isn’t going to come close to this movie since Heath Ledger took the Joker above and beyond in this film and then took it a little further. This is the chaos that the Joker was meant to represent and the kind of character that he was meant to be. Batman just doesn’t know what to do with the Joker other than kick the hell out of him and lock him away in Arkham since he won’t kill anyone unless he absolutely has to. In some cases it might be best to amend that rule when the madness that the Joker brings is seen to be so infectious that keeping him alive is actually more damaging than worrying about Batman’s integrity.

You might rearrange these a bit in your own opinion, but there’s no denying what number one has to be.