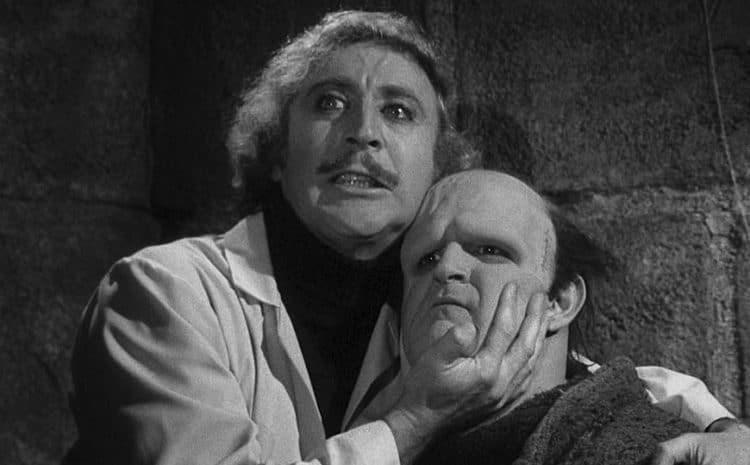 Keep in mind this is MY idea of the best Frankenstein movies ever made, and quite honestly this is one idea that’s very subjective since some people would think to put a number of Frankenstein movies on this list and justify them to no end. Well, so will I, but at the very least I’ll attempt to make them sensible considering that the story within this legendary tale is one that can be interpreted in a vast number of ways as it’s already been seen. Of course a lot of people still get lost in the confusion and refer to the monster as Frankenstein while forgetting that this is the name of the man that created the horrid, undead thing that was composed from scavenged parts and given an abnormal brain. Ever wonder about the dynamics of the creature’s creation? Just think of it, Frankenstein had to sit there and stitch the thing together, hopefully connecting ligaments, muscles, tendons, all in the proper order no matter how skilled he was. Plus, there’s the idea that lightning can actually revive dead flesh rather than just cook it. But hey, it’s a great story all the same.

Here are the best Frankenstein movies of all time.

Meagan Navarro from Bloody Disgusting has the right of it when saying that this movie has been given a lasting legacy as a cult classic since so many of us likely watched at least once, twice, or even a dozen times in the past since it was fun and didn’t challenge us with a lot of gore or plot details. The monsters were coming out to terrorize the world, they needed to be stopped, and it was up to the Monster Squad to do it since no one believed them. Plus, Frankenstein, who was supposedly meant to help out the bad guys, ended up becoming a good guy as he’s done in a few different versions throughout the years. And yes, we established that the Wolf Man does indeed have nards.

So it’s true that Frank wasn’t the star of this movie but he was definitely one of the star characters since Kevin James did a pretty good job on making Frank as goofy as he could while still fitting into the whole movie. The fact that Frank can come apart and control his component parts is kind of freaky but also pretty cool since it gives him a lot more range as to what he can do. Plus the idea of making him intelligent, to a point, is more along the lines of the legend, rather than the idea of making him into a mindless golem that knows how to take orders from others and rely entirely on base emotions.

I can already see eyes widening and outrage building since this one was panned by critics and audience members alike. Richard Corliss from Time is of the same mind as I am thankfully since this movie might take from a host of other movies, but then again what movie doesn’t? There are only a handful of core story ideas in the world, but this one touches upon many considering that the creature has survived throughout the centuries by blending in and most of the time staying away from humans. The gargoyles being divine creatures that fight demons is kind of a great idea that didn’t come off as well as it could have, but maybe this movie was a bit ahead of its time, or needed a slightly better representation.

Mark Mancini from Mental Floss has quite a few details you might want to look at concerning this movie, but overall the one thing that you get to do with this is have a lot of fun since it’s a great parody of the old tale and something that people have been able to laugh with and at for many years now. This is Gene Wilder and Peter Boyle when they were at their best and the rest of the cast managed to make this an absolute laugh riot. Mel Brooks has been known as a king of comedy for quite some time and for good reason since his slapstick is the kind of laughter that you can’t help but go back to again and again.

You don’t beat the classic in this case, you just don’t. From the moment Boris Karloff came on the scene you couldn’t help but be creeped out by this character since he had a silent menace to him that could be felt as well as seen. Being pieced together from human body parts was bad enough, but being given the propensity towards violence was even worse since there wasn’t much other than fire that could really unnerve this creature. But the classics are what they are for a reason, and Karloff has been and still is one of the best that’s ever filled this role.

It’s alive! Still one of the best lines in any movie.