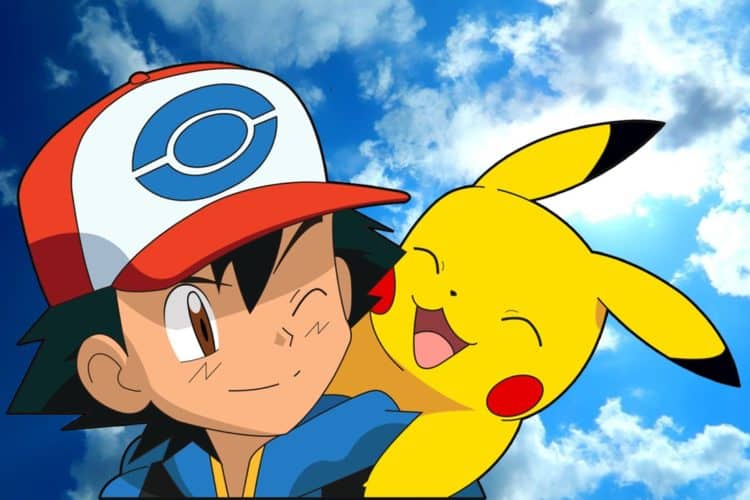 Pokemon is a video game/media franchise based in Japan and originally founded by Nintendo, along with Creatures and Game Freak. Known in Japan as ‘Pocket Monsters’, it was originally the brainchild of Satoshi Tajiri more than 25 years ago, in 1995. The focal point in these games are fictional characters dubbed ‘Pokemon’, and the player is referred to as a ‘Pokemon Trainer’. To object of the game is to capture and train a wide variety of Pokemon for battle with other Pokemon in competition. All of this takes pace in what is called the ‘Pokemon Universe’, and if you are at all familiar with any of the Pokemon games in the franchise, you are likely well aware of the Pokemon slogan: ‘Gotta catch ‘em all!’

And the Pokemon franchise is much more than a flash-in-the-pan video game, it is quite literally a cult classic in the eyes of most gamers; this is true to the point that even the latest contributions to the franchise have managed to gain newer, younger fans with their release, keeping the name, and game play, alive and well. Over the last quarter century there have been 20 different Pokemon games released over eight generations, not to mention countless anime offerings, immeasurable merchandising, and a fan base that is more widespread than the flu during a bad year. The fact of the matter is that if you have never played a game of Pokemon, well, you’ve likely been asleep for a very long time.

So, let’s say that’s you…you’re the one whose been asleep for a really long time. Now you’re reading this and you’ve decided that after decades wasted playing board games you want to step out of the proverbial box and give Pokemon a try…but you don’[t want to hurt yourself, now. No, you need to start from the beginning, so you ask yourself, ‘What are the hardest Pokemon games of all? If I know them I can avoid them until I’m ready.” Or maybe you’re the guy who has played about as many Pokemon games as there are in existence and you feel you need a challenge; what are the most difficult Pokemon games of all? I think I have enough experience to try my hand a something more challenging.”

Regardless of which side of the fence you’re on, we’ve decided to throw you a bone. Below are five of the most difficult Pokemon games ever made. We’ve numbered them from five to one, with one being the most difficult of them all. So, if you’re looking for the next Pokemon game to try, ore if you just have a need to gain random video game knowledge and Pokemon is on the list, you’ve come to the right place. Sit back, relax, and enjoy the 5 hardest Pokemon games of all-time:

Game Freak released these to sequel games together, and those who have played them agree that they (as a pair) are definitely among the five hardest of the Pokemon games. 156 new Pokemon are introduced, ready to be captured and trained, One thing players liked was the fact that they could actually choose between Easy and Hard difficulties, but still found the game to be challenging. It is also said that some of the battles in this particular game are nothing short of epic and includes a triple-battle system that fans seem to love. Also enjoy the presence of animated sprites and game play in each of the seasons for an added challenge. These are a set of sequel games that have a format typically seen in traditional RPG games, with a learning curve that is a bit steeper than its predecessors. In other words, take your time playing this game, because you’re going to need to. These games were voted #12 of the best Pokemon games of all and is considered to be a couple of the greatest RPG games ever released.

These are actually three different games that come in a series, which was released in 2002 and is part of the third generation of Pokemon games. The main differences between them are the actual Pokemon you are chasing and training when it comes to the Legendary Pokemon in its respective game. While the Ruby and Sapphire versions didn’t show as successful sales numbers than Emerald, they still managed to carry a pretty strong and faithful fan base, not to mention they helped to introduce 135 new Pokemon to the already massive list. This trio of games introduced the ‘double battle’ system, which allowed trainers to use a pair of their Pokemon in battle. Ruby and Sapphire were actually released on the Game Boy Advance, a fact which came with an inability to link the two games with those that came before it. All three are equally challenging and fun, and work off the same premise overall.

With the introduction of more than 150 new pocket monsters, this series of three first gen games are the granddaddies of them all, having sparked a craze that still runs rampant. Now, the first thing you should note is that the graphics are really basic compared to newer releases, which is to be expected, however the way each level is designed and the overall groove of the game are true to Pokemon form. Tons of killer secrets are hidden within a pretty cool storyline, and when these facts are added to the reality that this is ‘Step One’ of the Pokemon saga, well, you get a learning curve that’s out of this world, and quite addicting to boot.

This Game Freak release came out on Game Boy and Game Boy Color at the turn of the century, and comes in at number two on our list for its high number of collectible items and gameplay that was extremely expanded when compared to those in the Red, Blue, & Yellow series. The Pokemon grinding and leveling process that takes place during pre-battle training proved to be much more competitive and challenging as well. Pokemon Crystal is actually nothing more than an enhanced version of its two sister games with a few more perks sprinkled in. These three games introduce only 100 new Pokemon, but the higher level of game play makes it enough keep you busy and intrigued for some time to come.

Well, here we are, at the number one spot. The winner for the hardest Pokemon game of all time goes to another trio, the Diamond, Pearl, & Platinum series. Released by Game Freak for Nintendo DS and introducing 107 new Pokemon, this particular series is best recognized for being a bit better (and more difficult) in just about every way possible and from ever perspective of the game itself. With more boss battles than in any preceding Pokemon game, you can count on things getting more and more treacherous and you get progress, and that really makes for a great time gaming. Each of these three games have the power points and their weak spots, but if you’re looking for a challenge this is the right place to find it. For these reasons and many more, Diamond, Pearl, and Platinum slide in easily at the number one spot on our list.

If you took the time to read the above information, we’re counting on the fact that you are likely a Pokemon addict, or you are determined to become one. Hopefully this stuff gives you a little guidance at to which way to turn next. You have a lot to look forward to, so dive in headfirst and get the ball rolling. Have fun and get on it, because you’ve ‘gotta catch ‘em all!’